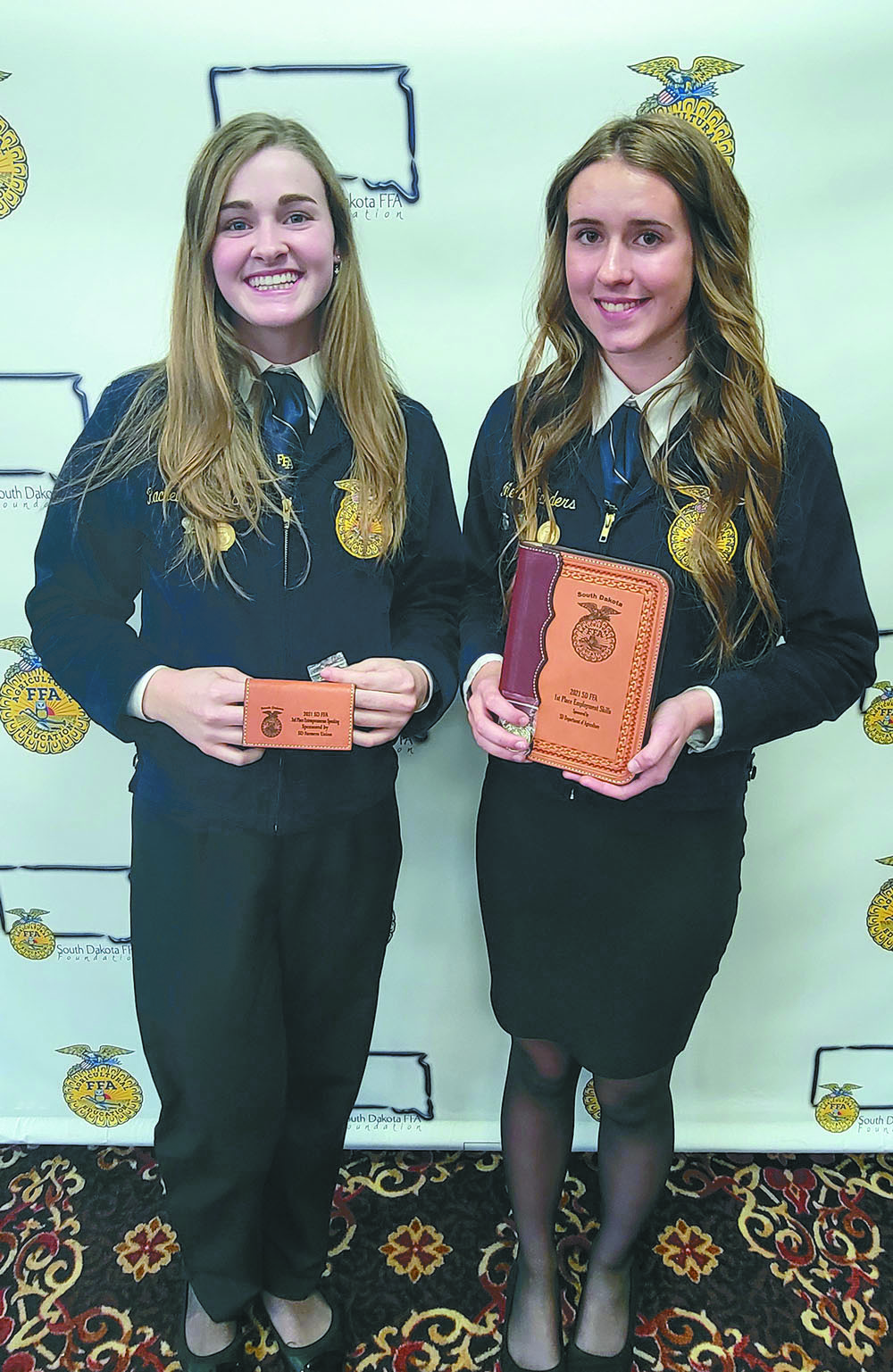 Nearly 500 FFA members from across South Dakota took part in the competition. Students qualified through district competitions, advancing the top two teams and top three individuals from each of the seven FFA districts in South Dakota.

Leading the list of place winners from Hot Springs was senior Megan Sanders, who earned a state championship in the Employment Interview Skills competition, which challenges FFA members to complete a job application, write a letter of application and resume, participate in an actual interview, and compose a follow-up letter.

In Extemporaneous Public Speaking, in which an unrehearsed 4 - 6-minute speech is written and presented onsite, Rachel Rickenbach made 3rd place.

In addition to taking part in the competition, all present members were able to enjoy the tradition of touring the State Capital’s display of Christmas trees while in Pierre.

While waiting for competitive events, students had the opportunity to interact with agriculture industry leaders, who are SD FFA Star Partners, at the Career Carnival.  Additionally, Dacotah Bank representatives presented two workshops, which engaged members in understanding different layers of leadership. FFA members and chapters were recognized for their success in 10 leadership areas at the awards banquet.

State-winning teams and individuals highlighted below, now advance to the National FFA Leadership Development Events in Indianapolis next fall.