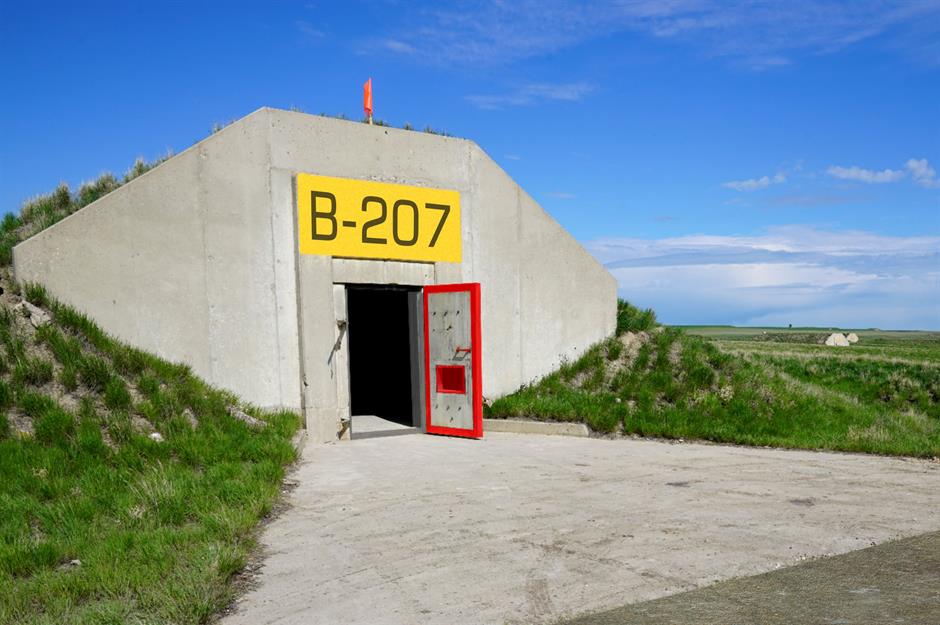 EDGEMONT – While most residential structures in Fall River County have known tax rates that are being applied to such properties, bunkers being leased at the Vivos xPoint property near Provo are apparently in a state of flux when it comes to their tax value.

New Director of Equalization Lillian Heidebrink recently issued the following statement pertaining to the inquiry about the Vivos properties: “This is the time of year when we are working on setting values. The renovated Igloo Bunkers are a new type of entity to be assessed. We are currently working on a proper method for valuing these structures. We will have finalized values for these by March 1st 2022.”

Heidebrink on Monday, Dec. 27, also offered the following statement describing the leased bunker units. “The basic bunkers have values similar to small, older homes in Dudley, while we anticipate the finished, renovated bunkers to have values very similar to the average family home in the Edgemont area. Values will vary depending on the amount of finish and renovations done,” said Heidebrink.

According to the Fall River County website, as Director, it is Heidebrink’s responsibility to assess all real property in the county for property tax purposes. By law, the assessed value must be its full and true or market value. According to records obtained from the Office of Equalization, for Assessment Year (AY) 2018 payable 2019, a total of six bunkers were contracted on 99-year leases for $25,000 each. For Assessment Year 2021 payable 2022, 99 bunkers are leased for a 99-year term for $45,000 each.

Heidebrink is the replacement for former Director Susie Hayes, who in the July 29th edition of the Fall River County Herald-Star, noted that the number of sales and selling prices of NON-AG properties had seen a steady increase over the past 10 years. In the same article, Hayes pointed out that Fall River County was not the only place such increases were being seen as other counties in the state and other states in this region are receiving an influx of new residents looking for communities that are smaller where they can work from home, given concerns that have risen from the COVID-19 pandemic.

Robert Vicino, owner of Vivos xPoint, acquired the property known as Ft. Igloo Bunkers in May of 2020 for $2,496,853. In records obtained from the Register of Deeds, the closing date was May 14th and a deed was filed on May 22nd. According to information obtained from the County Treasurer, Southern Hills Title paid taxes in the amount of $8,605.51 some time in May 2020.

Teresa Pullen, County Treasurer, stated that her office requested the issuance of distress warrants in 2020 for 19 bunkers on the property, which were served by the Fall River County Sheriff’s Office. In August of 2020, Vivos paid 2018 taxes payable in 2019 in the amount of $2,536.56. No warrants were issued in 2021 according to Pullen, who indicated the amount due through the end of December is $7,612.92. Pullen indicated that distress warrants will be issued on properties within the county in January for which taxes haven’t been paid.

County Attorney Lance Russell when contacted on the matter, shared that remodeled units have been assessed and taxes have been raised. He added that rates will continue to rise as the units are developed. According to Russell, the majority of units have not been modified and sit on parcels that cattle are run on.

Heidebrink was asked to provide a description for a property determined for tax purposes as a ‘building on leased site’.

“A ‘building on leased site’ refers to a building that receives an assessment notice and tax bill separate from the land it sits on,” said Heidebrink. “Often this is done when the land is owned by one entity while the building is owned by someone else, examples of this are mobile homes in mobile home parks or the cabins at the Angostura Cabin Site ‘A’ area. Being designated a ‘building on leased site’ does not change the building value or mill levy.”