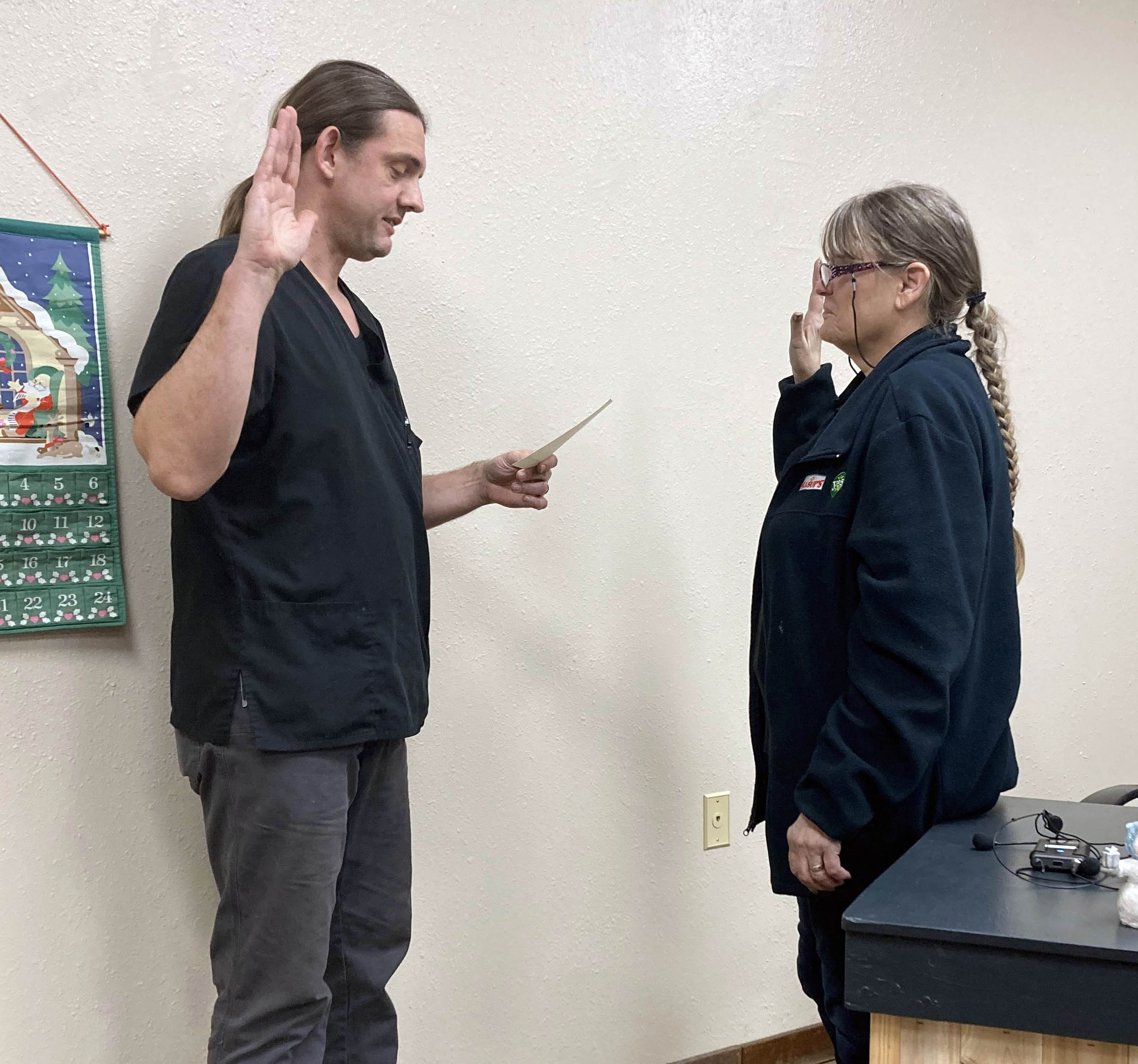 EDGEMONT – The City of Edgemont received a single letter of intent for the Ward I Alderman council position from David Levey. Mayor Carla Schepler stated that she would like to appoint Levey to the vacant Ward I position which was approved unanimously by the Council. Levey shared that he had lived in Edgemont for the past eight years and was formerly a resident of California. He stated while he brought no prior political experience to the Council, that politics has been a lifelong interest. For the last 25 years, Levey said he had worked with animals, both wild and domestic to include working with local, state, and federal agencies. Levey replaces Bill Bethel who resigned from his seat last month.

Frank Panek of Cedar Rapids, Iowa, appeared before the Council to request that the City cover the cost of fireworks in the amount of $1,600 that are planned to be set off on New Year’s Eve behind Hat Creek Grill. Panek identified himself as fireworks professional who is expert at detonation and also sells fireworks. Council representative Lorie Wieser expressed reservations about the City covering that additional expense, since they already provide cost as $8,000 annually to the Edgemont Area Chamber of Commerce to fund such events, like fireworks, which are designed to attract visitors and clientele to Edgemont area businesses.

Panek appeared somewhat frustrated at the suggestion that he approach the Edgemont Area Chamber of Commerce for his request. Tuesday’s appearance was Panek’s first before the Council to request the City cover costs of the fireworks show, which the Council had previously been informed would be a donation. Panek advocated for the fireworks display, saying it generated revenue in the form of patrons stopping at Yesway and local restaurants as well as staying at the local motels.

During the Code Enforcement committee report, reference was made to the demolished structure at 201 4th Avenue owned by Dwaine Whitney. Some question arose as to the deadline by which rubble had to be removed and the lot leveled. The demolition permit allows the owner one year from the date of the permit to remove rubble, but it was argued that city ordinance restricted the period to 30 days post-demolition. Edgemont resident George Eberle, who was on the agenda but did not appear, submitted a complaint to Code Enforcement Officer Tom McMillan, Mayor Carla Schepler, and the City Council stating that the property located at 201 4th Avenue was in violation of the city’s nuisance ordinance and requested that city officials “please take appropriate steps to rectify this public nuisance”.

The Council voted to approve a quote from Dakota Pump, Inc. for $14,325 to cover the cost of a back-up lift station pump unit as the pump currently in operation is a refurbished unit for which parts are becoming increasingly difficult to acquire.

The Council voted to approve a supplemental resolution to transfer funds that were received from the federal COVID relief money that was disseminated to the states and dispersed to municipalities and counties across the state. The remaining transfer was for the water improvement project and expenses associated with implementing updates. The first of two COVID relief payment was $64,289 and was deposited in the City’s General fund, earmarked for projects that benefit the community as a whole. The water improvement project netted $161,133 from state and federal sources.

In old business, Lorie Wieser made a motion to raise employee pay by $2.00 per hour for Public Works and Finance. In the same motion, she proposed an increase in pay from $13.79 to $14.76 for Librarian Stacie Harter and from $13.31 to $14.24 for assistant librarian Agnes Reecy.