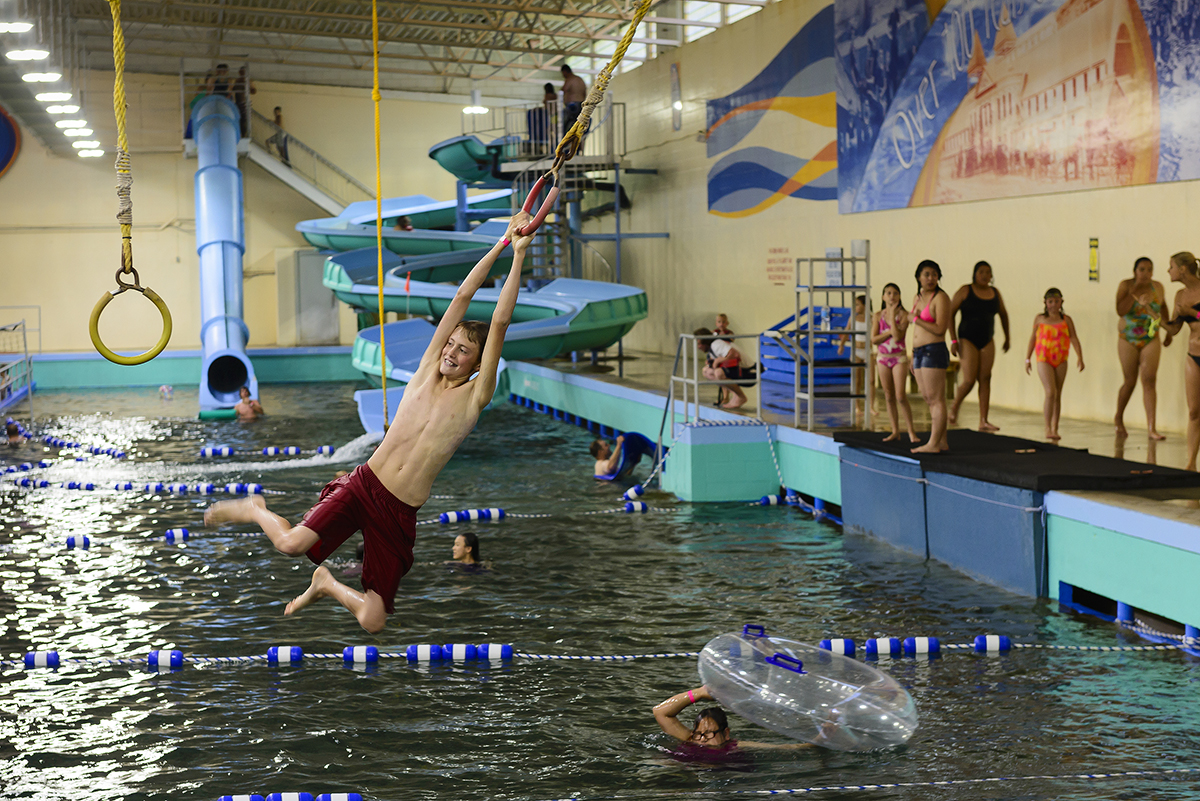 HOT SPRINGS – Each year during the budgeting process, the Hot Springs City Council has allocated for past several years around $200,000 as a budget subsidy to help cover the anticipated shortfalls in its two enterprise funds for Evans Plunge Mineral Springs (EPMS) and the Southern Hills Golf Course (SHGC).

And this year, for the first time since those two businesses were both under the management of the City of Hot Springs at the same time, the budgeted subsidy will not be necessary, thanks to both enterprises having strong financial years in 2021, with increased revenue and reduced expenses at each facility.

“This is a big accomplishment for both funds and took an entire year’s worth of work and excellent management to get here,” state City Finance Office Misty Summers-Walton during her report at the Dec. 6 city council meeting. “Kudos to managers of both funds on this accomplishment.”

In a follow-up with Summers-Walton later in the week, she said that the money for the budgeted subsidies comes from the 212 Additional Sales Tax Fund, which is funded by one-third of the money collected from the 2 percent the city collects from S.D. sales tax.

“City Ordinance 1008 states the fund is to be used for debt service, street improvements, street maintenance equipment, building construction, building up-keep and repair and any other expenditure deemed necessary and approved by the Common Council,” Summers-Walton stated. “These are considered restricted funds, as expenditures must meet these criteria.”

Looking back six years ago to 2016, the city at that time budgeted a subsidy of $80,190 for EPMS and also $95,900 for SHGC, with both using the entire budget subsidy. Similar subsidy amounts were again budgeted in 2017, but neither facility required the full amount of the subsidy and have never needed the full budgeted amount since 2016.

The pandemic year of 2020 saw many drastic across-the-board effects for the City of Hot Springs – some good, but mostly bad. One of the good effects was financial impact of the pandemic on golf courses across the country, and Southern Hills Golf Course was no different as they saw near-record breaking during 2020.

On the flip-side however, Evans Plunge was forced to be closed for an extended amount of time, and as a whole, tourism numbers were down in the Black Hills through much of the pandemic. Because of that, EPMS not only used all of their budgeted subsidy of $98,510 but also most of the golf course’s, for a total subsidy of $170,000.

Despite SHGC having a budgeted subsidy of $132,310 in 2020, they did not utilize any of the funds themselves due to their increased revenue and controlled expenses.

In addition to the sharing of the budgeted subsidy between the two city enterprises in 2020, Summers-Walton said the City of Hot Springs also refinanced the EPMS purchase bonds last year. “We decided to pay it down and shorten the term and used the budgeted subsidy for the golf course to cover the added expense,” she said. “The refinance will save the City over $300k over the term of the debt issue.”

Now in 2021, despite there being a total of $250,010 as a budgeted subsidy for the two enterprises combined, neither of them will use a single cent of that money to balance their budget, said Summers-Walton, who then added that those funds are now considered a savings and can be utilized for future budgetary considerations.

“Our fiscal year is the calendar year so we are done Dec. 31 of each year,” Summers-Walton said. “Unused budgeted funds are kept in the fund until future allocations or expenditures are authorized by the Council. Since we have been unable to ‘set aside’ savings in the last few budget cycles for the upcoming road improvement project, these unspent funds are adding to our ‘savings’ so we can be better prepared financially for the upcoming project. We do not try to find other ways to spend the money this year.”

When asked what she feels attributed to the increased revenue and decreases expenses of both EPMS and SHGC this year, Summers-Walton emphasized the management and staff of both facilities, which include Kris Hanson at Evans Plunge along with Jason Happe and Kathi Jirsa at Southern Hills Golf Course.

She also recognized the effects of the pandemic along some other possible factors.

“The pandemic was excellent for the golf industry and courses nationwide,” Summers-Walton added. “Golf experts are projecting 2022 will go back to 2019 levels but we have increased rates slightly each year since then. EPMS has not raised prices for a couple years and had to close two days per week during the peak season this year due to staffing struggles.

“Although that negatively impacted members and locals, it did not seem to slow down the tourists. We did not hit revenue projections at EPMS but we were able to reduce expenses due to the lack of staffing and added closures.”