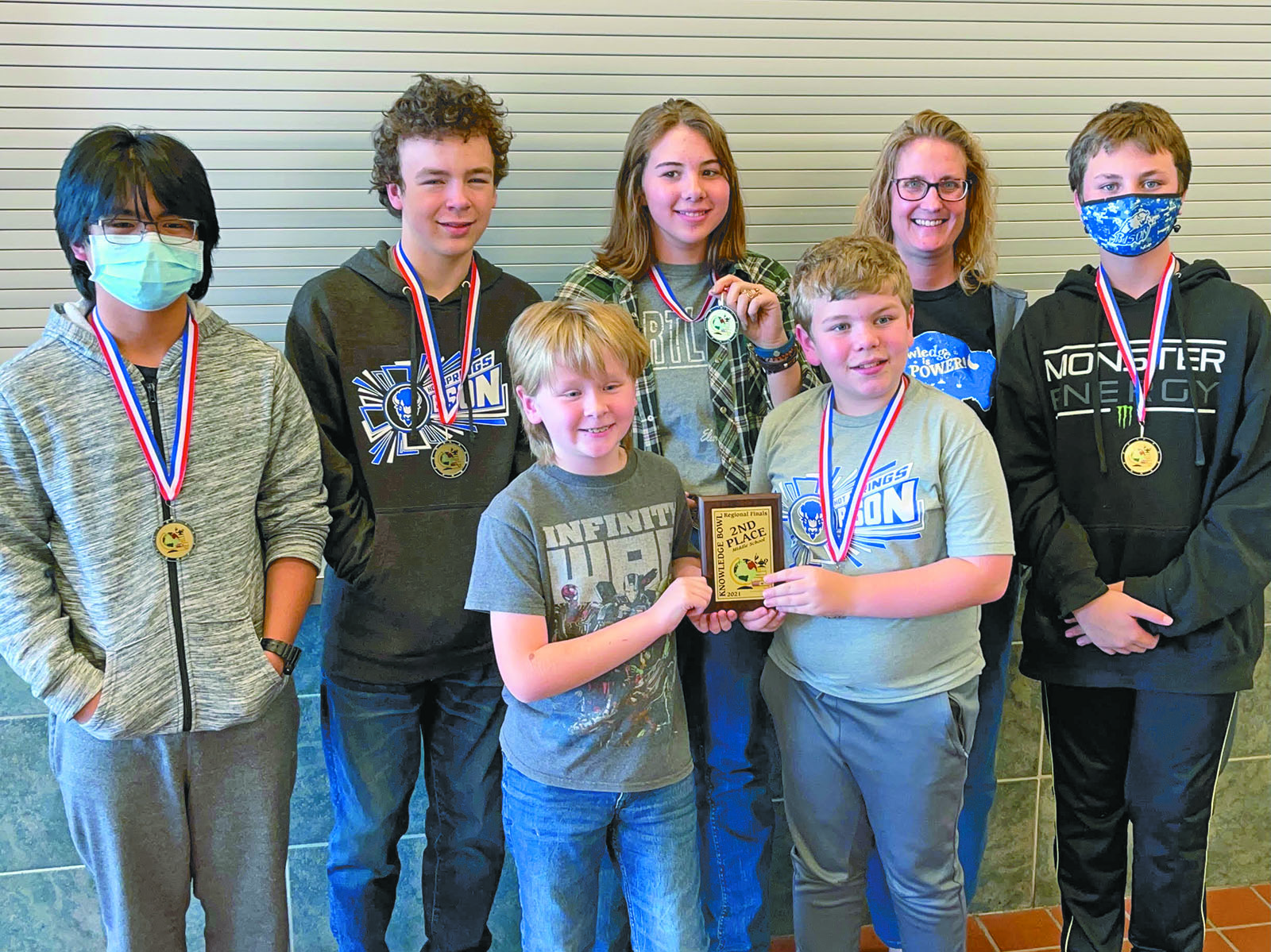 HOT SPRINGS – The Hot Springs Middle School Knowledge Bowl Team has had a very successful season this year, which culminated with a second place finish at the Black Hills Regional Tournament this past weekend on Nov. 6 at Rapid City Stevens High School.

“We were ranked 3rd going into the competition but finished in 2nd place overall at the end of the day,” said Coach Sarah Jamieson. “We ended up beating Rapid City Christian and tying Belle Fourche Middle School in the final round, so there was tension and excitement in this round as we knew medals were on the line. One other high point from the day included beating Southwest Middle School from Rapid City. They have been our toughest competition all year.”

In explaining how the Knowledge Bowl competitions operate, Coach Jamieson said there are two divisions. Both the Northern and Southern Divisions have four regular season competitions during the year where they only see teams from their respective division. During a competition, there are four oral (beat two other teams to the buzzer) rounds and one written round for a total of 300 questions attempted.

“Hot Springs competes in the Southern Division and in our four regular season competitions, we finished 3rd, 1st, 2nd, and 2nd,” Jamieson said. “In each division, there are nine teams. The top four teams from the two divisions are invited to compete in the finals competition along with a ‘wild card’ team. When looking at all 18 teams together, we finished in 3rd overall but through great effort, we surpassed that initial standing to actually be 2nd overall at the end of finals. The team members were awarded individual medals and given a plaque for the school to display.”

This year’s team included Zetta Kuhl, Landon McClure, Luke Pineda, Will Robinson, Donovan Shipley, and Bryson Venables. In addition to Coach Sarah Jamieson, the team was also volunteer-coached by her husband Simon, who also served as the team driver.

To add to the excitement and comradery of the meets, Sarah said there were parents at every meet, who would also bring snacks that were greatly appreciated.