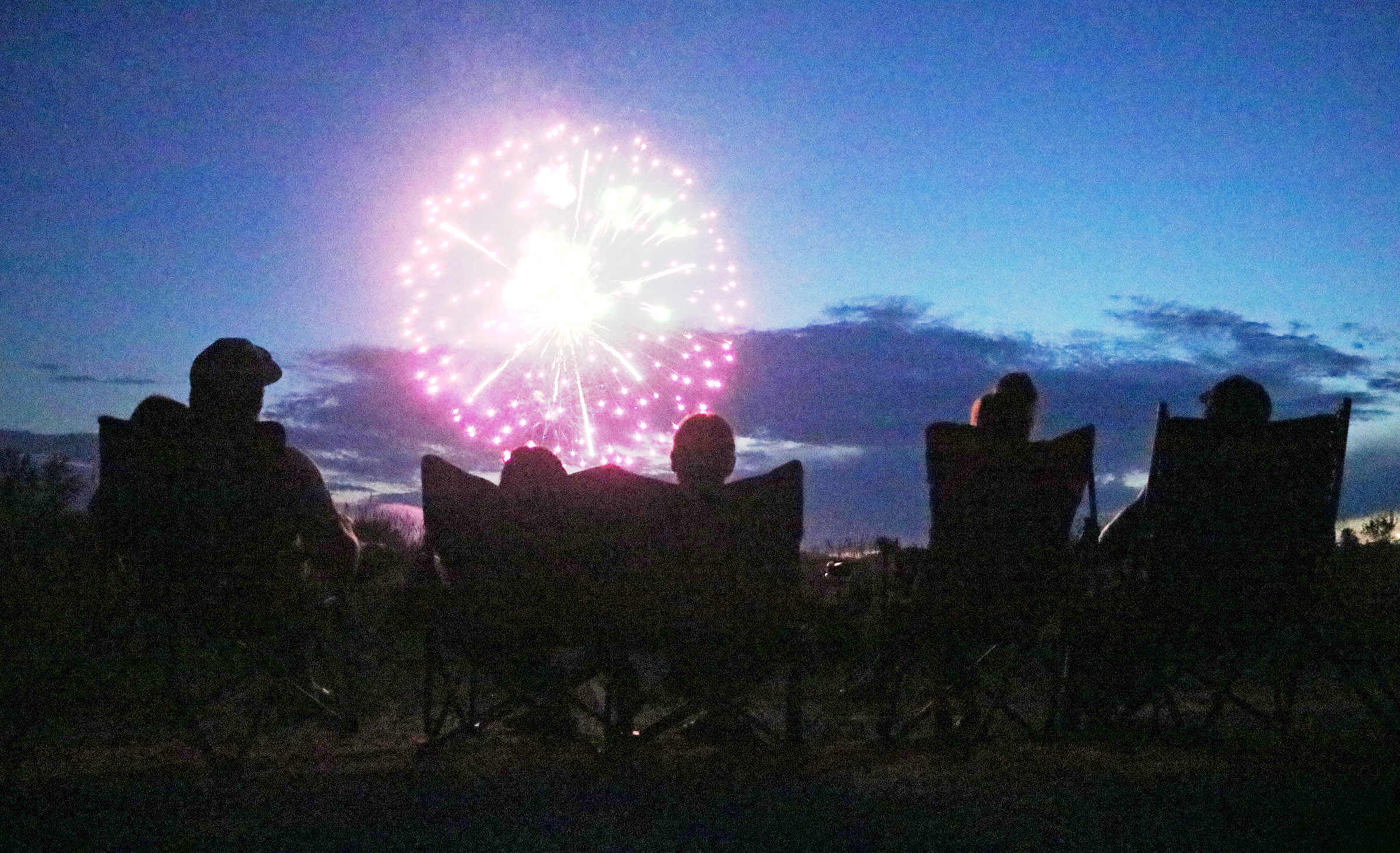 HOT SPRINGS – For a large portion of the first 90 minutes of the Hot Springs City Council meeting on Monday, Nov. 1, the council worked towards undoing a couple of the main items accomplished at their most recent meeting on Oct. 18 – establishing a new fireworks ordinance and approving a reduced rental rate for Southern Hills Recreation (SHRec) to use the Mueller Center for gymnastics classes.

Up near the top of the  Nov. 1 agenda was the second reading of a new fireworks ordinance, which would ban all consumer fireworks within the city limits, other than novelty items such as sparklers, smoke bombs and snakes. The council approved the first reading of this new ordinance unanimously on Oct. 18, but on Nov. 1, they voted unanimously to table the motion and likely make considerable changes to it at the next meeting.

At the Oct. 18 meeting, when justifying the need to ban such fireworks through a new ordinance, Councilman Bill Lukens stated that it was in response to the fact the City of Hot Springs was located within the Black Hills Forest Fire Protection District (BHFFPD) where all fireworks are banned.

At the Nov. 1 meeting, Lukens said that new information has since come to light, and confirmed by the city attorney through codified law, that municipalities are exempt from requiring a ban on fireworks, despite being located within the BHFFPD.

“So that’s why we are tabling that, because we weren’t trying to squelch anybody’s fun, but simply trying to comply with South Dakota Codified Law,” stated Lukens this past Monday night.

“We knew we needed to try and do something after last year, because we got a lot of comments, and so we started looking at what we need to do,” Lukens said, in regards to how the 2021 Fourth of July legal fireworks season in the city lasted 15 days, from June 27 to July 11.

“At first it looked like the answer was very simple. We’re within the boundaries. We can’t do it. Ok, end of discussion. Our ordinance becomes very simple. Well, no, it’s not that simple,” Lukens said.

The plan is now to once again discuss a potential new fireworks ordinance at the Monday, Nov. 15, Public Safety Committee Meeting, which Lukens said the public is especially invited to attend and voice their ideas. He said the meeting begins at 10 a.m. at the Mueller Center, but the fireworks discussion will begin at 11:30 a.m. and last until necessary.

Lukens added that he sees three potential options, or possibly more, which include: 1) a full blown prohibition, as described in the new ordinance which was approved in its first reading at the previous meeting; 2) go back to previous ordinance that was in place prior to this year, which allows fireworks that discharge below a certain height; 3) or ‘everything goes’, where all commercial fireworks are OK, but only on the Fourth of July.

After tabling the fireworks ordinance, the city council and mayor then addressed Old Business and brought back up a motion regarding a reduced rental rate at the Mueller Civic Center for SHRec to offer gymnastics classes this winter, which was seemingly passed by a mayoral tie-breaker at their Oct. 18 meeting, after the eight-member council was deadlocked at a 4-4 vote.

The contract before the council at their Oct. 18 kept the rental rate at $50 per day, which is what SHRec has been paying the last few years since classes began at the Mueller Center. That rate is reduced from the normal council-approved, half-day rental rate of $125.

In regards to how that vote took place at the previous meeting, Mayor Bob Nelson said, “After the vote was over (Finance Office) Misty (Summers-Walton) had said ‘we have a tie vote’. I heard her say ‘you have five votes’. That’s why responded so quickly to say, ‘the motion passes.’”

“The public was left with the impression by my saying ‘the motion passes’ that I had voted to break the tie to pass it,” said Mayor Nelson, after describing that he did not intend to break the tie in that matter, due to not understanding the announced outcome of the vote. “The opinion from the attorney is that it needs to come back on the agenda and be revoted on it again. And if there is a tie vote again, then I need to break the tie or not vote to break the tie.”

After a brief discussion regarding the matter again, a vote was taken, and once again, ended in a 4-4 council tie, with the same members voting the same way as they did Oct. 18, which included ‘No’ votes from Dave Burris, Bill Lukens, Craig Romey and Caitlin Turner, and ‘Yes’ votes from J.R. Huddleston, Debra Johnston, Larry Pratt and Linda Varvel.

With the opportunity to again break the tie vote, Mayor Nelson this time made it clear that he is voting ‘No’ against the reduced rate.

In explaining his vote, Mayor Nelson said that there has been discussions about creating a new non-profit rate for groups such as SHRec, but until that new rate is created, the city has a responsible to follow its own rules and guidelines, just as the citizens are required to follow the ordinances. He said he fears a departure from the rules for one group, would set a precedence for others to also want to be exempt from those same ordinances or guidelines.

“It’s disappointing that some folks have wanted to make this a conversation of ‘if you vote no against this, you don’t like kids, you don’t support kids.’ That isn’t the case,” Mayor Nelson said. “There are decisions that are not easy decisions to make, and in this particular one, I’m going to vote no.”