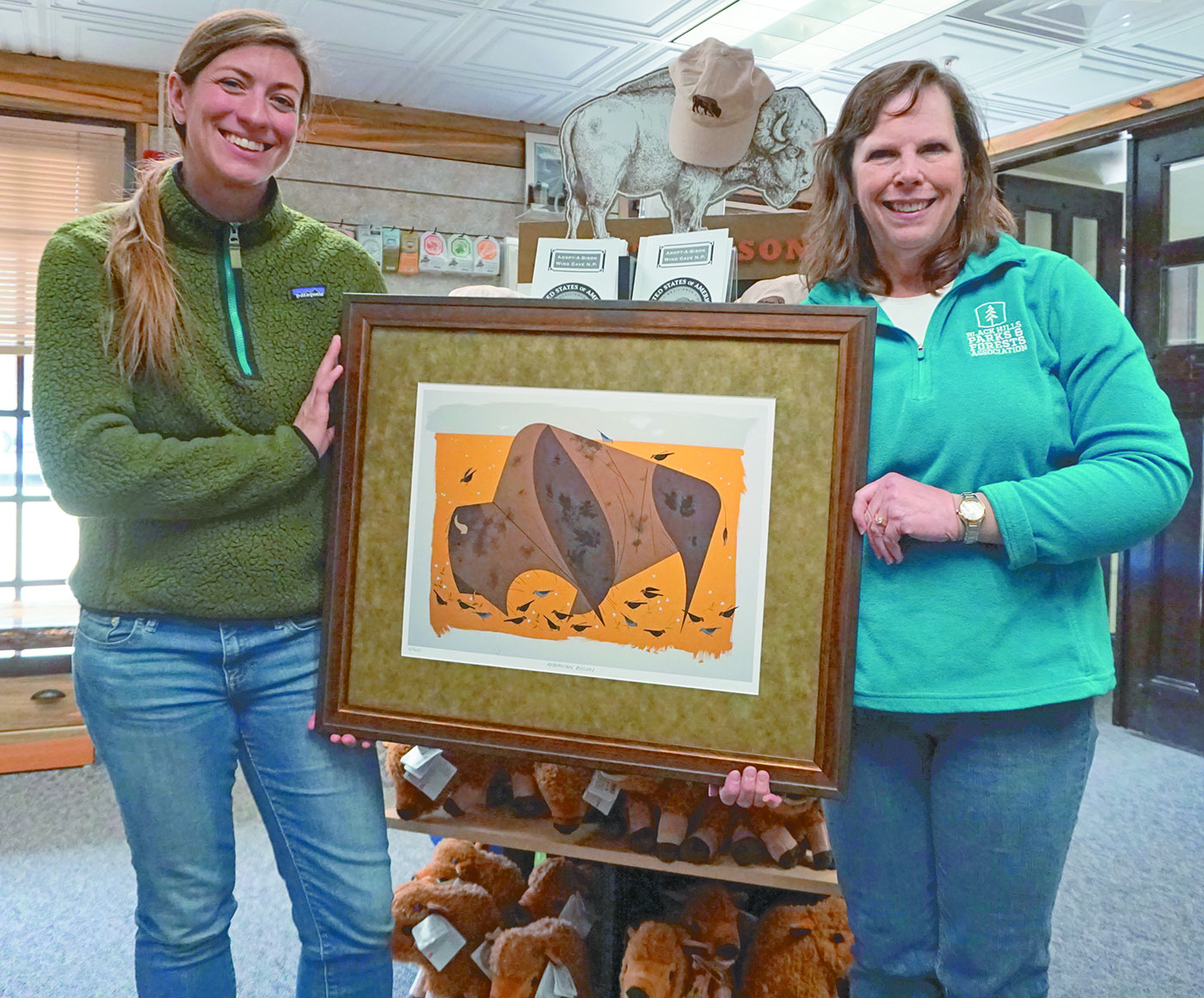 HOT SPRINGS – In one summer season (May-Sept.), the Black Hills Parks and Forests Association’s (BHPFA) Adopt-A-Bison program raised a record amount of $19,600. The funds are used for the continued conservation of the bison herd at Wind Cave National Park.

BHPFA, whose main offices are located inside the visitor center at Wind Cave, is a non-profit organization supporting interpretive programs, educational activities, and research efforts to protect and preserve the cultural and natural resources of the Black Hills region. BHPFA is the official non-profit partner of Wind Cave.

“We debuted the program in April 2017 and as of the end of September 2021, we have raised more than $64,200,” said BHPFA Executive Director Patty Ressler.

To become an Adopt-A-Bison member there is a one-time cost of $35, which comes with either a plush bison calf or an exclusive hat. According to Ressler, $20 of the cost of membership goes directly into the adoption fund.

In 2019, BHPFA used adoption funds to purchase 10 bison collars and a laptop for Wind Cave’s resource staff to track the herd’s movements around the park.

“After 18 months of collecting data, Wind Cave had enough information to really learn how the bison are using the park and at what times of the year,” Ressler said. “This past spring, Wind Cave Wildlife Biologist Angela Jarding used the data to put together a bison ‘Story Map.’ This is an online program that allows the story of the Wind Cave herd to be told and it debuted on the NPS/WICA app this summer. Download the story map and it will tell you about the herd and their summer to winter migration habits as well as when and how many of the family groups/herds hang out together.”

“In October 2019, we debuted the Charley Harper Bison print as an exclusive product to the bison program,” Ressler said. “This print is not available for sale anywhere else and until now, had not been seen by the public except when published in a late 1950s Ford Owners magazine. It is a great collaborative effort between The Nature Conservancy, Harper Studio, and BHPFA to make this image available to the public. The print cost is $150, of which $100 goes into the adoption fund. The Harper print is a limited edition, numbered item that comes with a letter of authenticity from the studio.”

In addition to the bison collars, Ressler said that BHPFA is looking to make another big purchase with the Adopt-A-Bison funds in the near future.

“Our goal for 2021-22 is to get a monitor installed in the Wind Cave visitor center featuring the bison Story Map so park visitors can more easily view the program,” Ressler said. “We are hoping to figure out how to get real time information on where the bison are in the park since visitors are constantly asking where they can see the herd.”

“We are very appreciative of the work our partner, BHPFA, has done for us over the years,” said Park Superintendent Leigh Welling. “This program is just another example of the strong support we receive from them.”

To view the bison Story Map visit https://www.nps.gov/thingstodo/where-the-bison-roam.htm. To learn more about the Adopt-A-Bison program, visit www.blackhillsparks.org or call 605-745-7020.