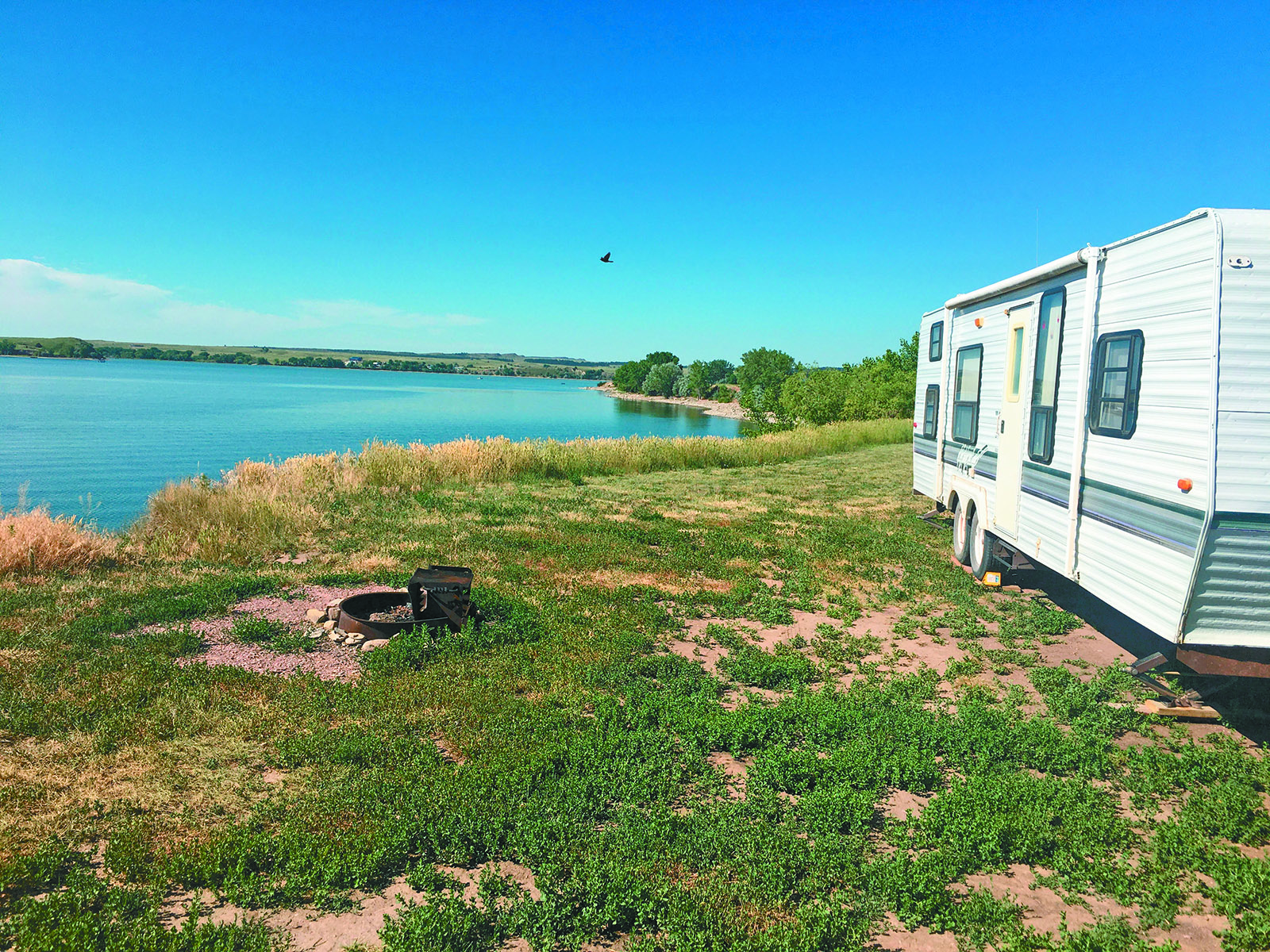 While still “first come, first serve,” campsites like this one at the Sheps Canyon Lakeside Use Area on the west side of Angostura Dam are no longer free and without registration requirements, but will now cost campers $11 per night.

HOT SPRINGS – The South Dakota Game, Fish and Parks (SD GFP) Commission recently approved a change from free camping to paid camping at Sheps Canyon Lakeside Use Area. The Commission voted in favor of the proposal at their Oct. 7 board meeting held at Cadillac Jacks in Deadwood.

According to SD GFP, the Commission of eight members “serves as the advocate and liaison between SD GFP and its customers and partners.”

Free dispersed camping has been a common occurrence along the western shores of Angostura Reservoir at the Lakeside Use Area, located just south of the main Sheps Canyon Recreation Area unit.

“We saw so many campers sitting there and we would have no registration information on them or how long they had been sitting there,” said Andrew Kathman, Superintendent of Angostura Recreation Area (which also includes the Sheps Canyon unit).

According to the original Commission proposal, “Sheps Canyon Lakeside Use Areas are seeing increasing camping use. With the increased use comes increased need for basic services such as designated camp pads, fire grates, and picnic tables.” The proposed future cost of camping in this area was $11 per night.

The proposal was submitted in September of this year with both public comment and final vote occurring Oct. 7.

The ruling in no way affects the 22 designated campsites, 11 horse campsites, and the lone camping cabin that already exist within Sheps Canyon Campground.

The Commission not only approved the $11 per night camping fee for Sheps Canyon but also at Dude Ranch (Oacoma) and Elm Creek (Chamberlain) Lakeside Use Areas.

“We are going to have 20 basic campsites in the Sheps Canyon Lakeside Use Area with campfire rings and picnic tables. The sites will not have water or electricity. Vault toilets will be available and at this time there are no plans for any additional improvements,” Kathman said. “By having guests register, it will help us track how long people are camping and who is staying there if there is some sort of emergency. It increases safety and gives us peace of mind.”

The campsites are non-reservable and available only by first come, first serve.

Kathman admitted that there may be a few “growing pains” in the first year of implementation next season.

“We are going to have park staff patrolling and going through the area to inform campers who may not be aware of the new changes,” Kathman said.