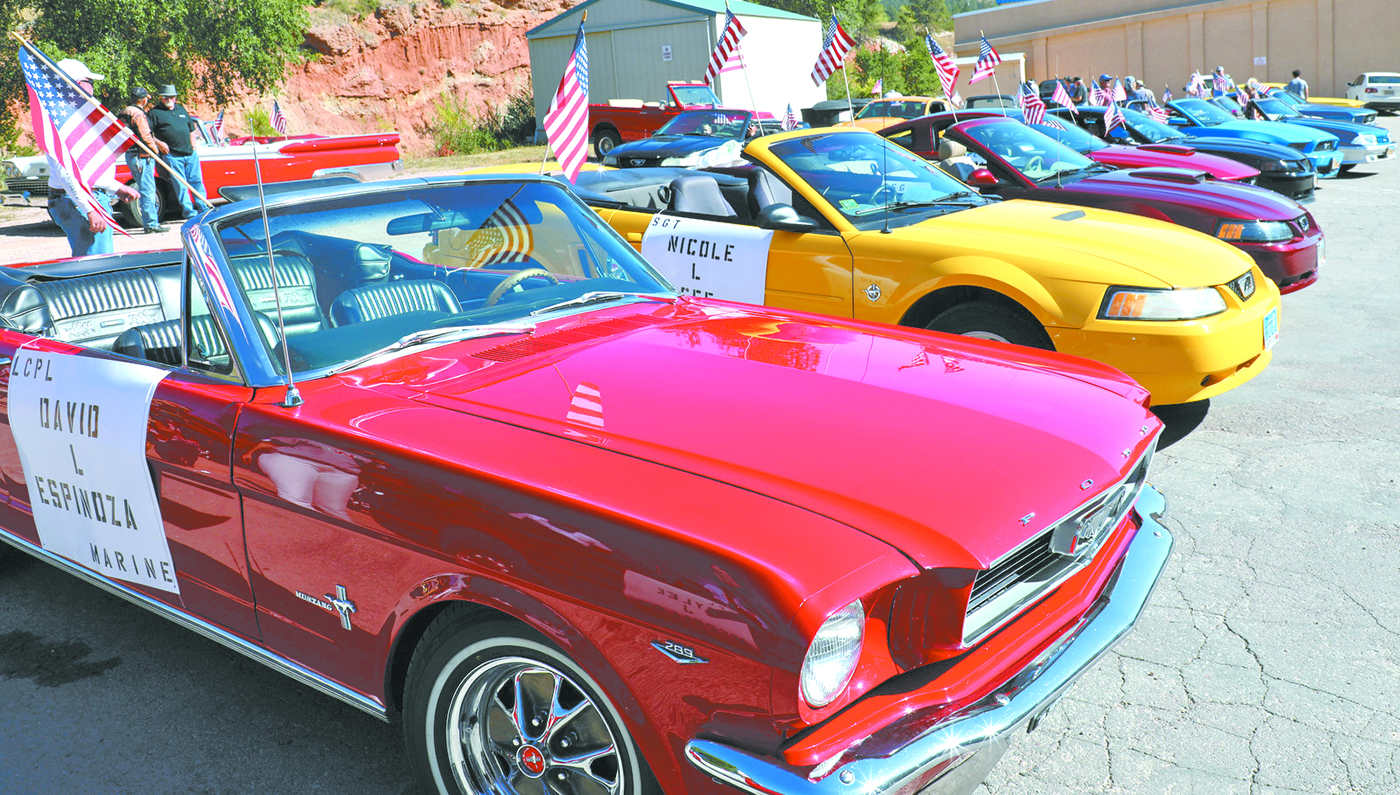 Thirteen Mustangs adorned with the names of the 13 fallen in Afghanistan line up for a somber parade Sunday through the streets of Hot Springs.

HOT SPRINGS – A somber parade was held Sunday, Oct. 3, at 2 p.m. that wove through the streets of Hot Springs honoring the 13 fallen heroes who died in Afghanistan on Aug. 26.

“I am proud and disappointed at the same time,” said Vietnam era Veteran John Koller of Edgemont, whose Mustang he drove carried the name of LCPL Dylan R. Merola. “This is the only job that I know of that asks you for the supreme sacrifice. The choices of our leaders matter, the lives of our heroes matter. I am so sorry for the families, yet so proud of our heroes.”

Organized by Leeann Ball, the parade was fitting for South Dakota’s Veterans Town, which is known as a special place that often holds events to “honor our heroes”.