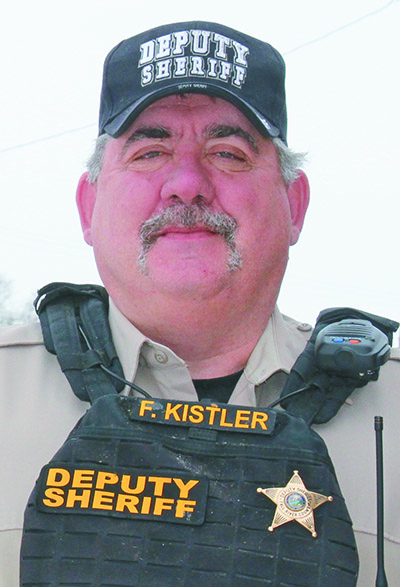 RAPID CITY – Appearing in person in U.S. District Court before a magistrate judge on Friday, August 27, former Fall River County Deputy Francis James Kistler, age 61, plead guilty to one count of Enticement of a Minor Using the Internet. In exchange for the guilty plea, additional charges against Kistler, including attempted sexual exploitation of a minor and transfer of obscene material to a minor were dropped.

In his appearance, Kistler consented to a change of plea in which he plead guilty to the above charges and was advised of the maximum penalties, which includes from 10 years to up to life in prison; a $250,000 fine or both; and a minimum of five years to lifetime supervised release.

Kistler was charged in Federal District Court on August 13, 2019, with Attempted Sexual Exploitation of a Minor, Attempted Enticement of a Minor Using the Internet, and Transfer of Obscene Material to a Minor, according to the U.S. Attorney’s office in Rapid City. Kistler’s original plea was “not guilty” to all charges in the case.

Sometime between January 1 and June 24 of 2019, sexually explicit photos of a 17-year Edgemont girl were taken and later found on his phone. Investigators identified the girl and conducted interviews in which the girl said Kistler used his position as a law enforcement officer to obtain the nude photos found of her on his phone.

In a statement of facts, Kistler admitted to having a sexual relationship with the girl and said that he “loved her,” knowing she was 16 or 17 years old. He also admitted to receiving sexually explicit photos of a 13-year-old Edgemont girl to whom he sent images of himself to her via Snapchat. Kistler admitted to inappropriately touching both girls.

Prior to being hired by Fall River County, Kistler had worked in law enforcement for the previous 28 years, which included service in the South Dakota localities of Charles Mix County, Custer County, and the town of Eagle Butte on Cheyenne River Indian Reservation in addition to jobs in New Mexico and Oklahoma.

Kistler is in custody in the Pennington County Jail without bond for the U.S. Marshalls until he is sentenced. He was booked into the jail Aug. 27. There is no sentencing date set.