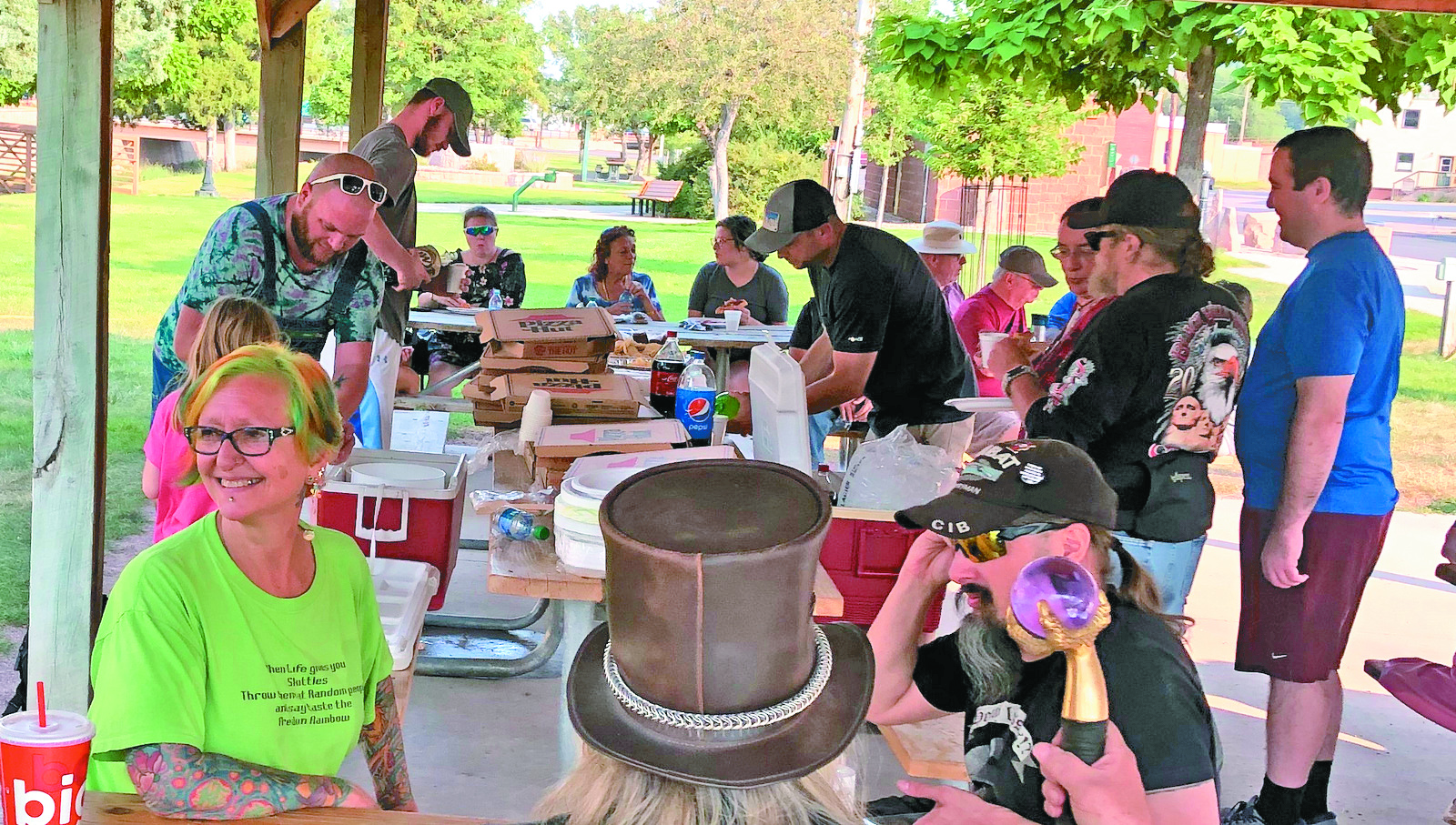 HOT SPRINGS – The second ‘Buddy Night’ was held in Centennial Park on Wednesday, August 18, from 5-7 pm as an effort by the Hot Springs Veteran Suicide Prevention Coalition to help veterans and their families connect not only with each other but with a community that cares.

Mark Urban, VA Community Engagement and Partnerships Coordinator, addressed the group of thirty plus attendees thanking them for coming, explaining “this event is for veterans and their families in this community to feel our support, to know there are people out there who care.”

Bloggett spent a total of four years in Afghanistan, which he attributes to his isolationist ways. “I was there at the beginning and it was just constant deployments, one right after the other.” Explaining that he often felt the only people who could understand how he felt were others who had served like him.

A group of VFW Post 3442 auxiliary members from Custer came down to show their support for this event.

“We have a long history supporting all our Black Hills veterans,” explained Auxiliary member Zoe Yellin. “And this is really a great opportunity to make connections.” Yellin was thrilled to be able to reach out to veterans just to chat or to offer any help if needed.

Multiple boxes of pizza were supplied by the Hot Springs Chamber of Commerce and ice cream was provided by Two Cows Creamery.

After stomachs were full, the camaraderie among those in attendance began to shine through as spirited games of corn holing were quickly underway; veterans, community members and families all enjoyed the fun.

This event began as a sustainable initiative and with that in mind the coalition members are committed to holding Buddy Night the third Wednesday of every month from 5-7 pm at Centennial Park as weather allows. When inclement weather begins Buddy Night will continue at an indoor venue to be determined.