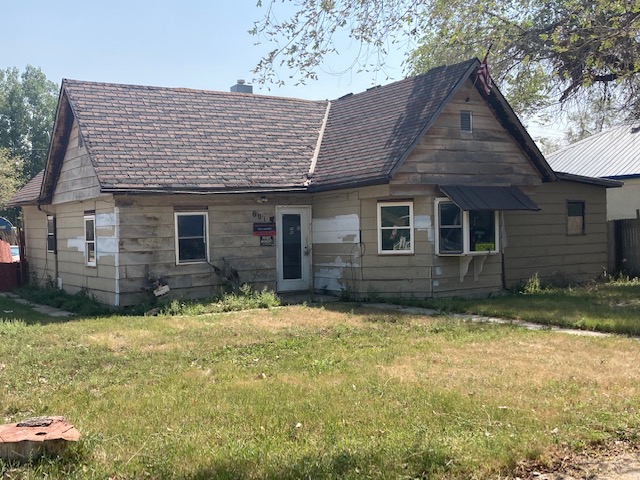 EDGEMONT – On Friday afternoon, Aug. 20, in the 7th Judicial Circuit Court of Fall River County, having reviewed the findings of fact and conclusions of law in the case of City of Edgemont vs. Deborha Herrington and Surgee Johnson, Judge Joshua Hendrickson found cause to issue a decision for summary abatement for the residential property at 601 4th Avenue. The property has been the subject of consternation for the past few years as Herrington, the property owner, failed to pay for utilities and was found to be in violation of the City of Edgemont’s nuisance ordinance.

The decision, unless reversed by an appeal, would mean that the City will have authorization to demolish the residence due to the potential threat it poses in its current condition.

Earlier this year on June 22, an inspection of the home by David St. Pierre, a certified plans examiner, revealed numerous structural and biological hazards within the residence that led him to state in a letter summarizing the inspection written to Code Enforcement Officer Tom McMillan of the City of Edgemont that “the building or structure is in such condition as to constitute a public nuisance and dangerous building.” The reason given by St. Pierre included “inadequate maintenance, dilapidation, decay, damage, inadequate light, air, or sanitation facilities, or otherwise, to be unfit for human habitation or in such condition that is likely to cause sickness or disease.”

When given the opportunity to make a statement before the court, Johnson claimed that documented statements were not true and that various personal items of his were stolen from the property or taken by authorities. Johnson insisted that he and Herrington tried to pay taxes and make repairs to the residence but due to being hounded by authorities or placed under arrest, they were unable to do so. Johnson said now he just wanted to leave and get his life back to the way it was before he came to Fall River County.

Herrington said that she didn’t think that the inside of the residence could be considered cause for declaring it a public nuisance. Herrington requested an opportunity to hire counsel to contest the Court’s decision, with Judge Hendrickson denying the request, stating that Herrington had been given adequate time to seek legal counsel. Herrington then asked about having time to remove personal belongings from the home, with Hendrickson telling her that she had since October of last year to remove belongings. Herrington stated her intentions to file an appeal.

Judge Hendrickson will sign findings of fact and conclusions of law declarations in the case, resulting in Herrington and Johnson each being served a Notice of Entry of Order from the court. Thirty days after being served, the defendants will have the opportunity to file an appeal to the South Dakota Supreme Court.