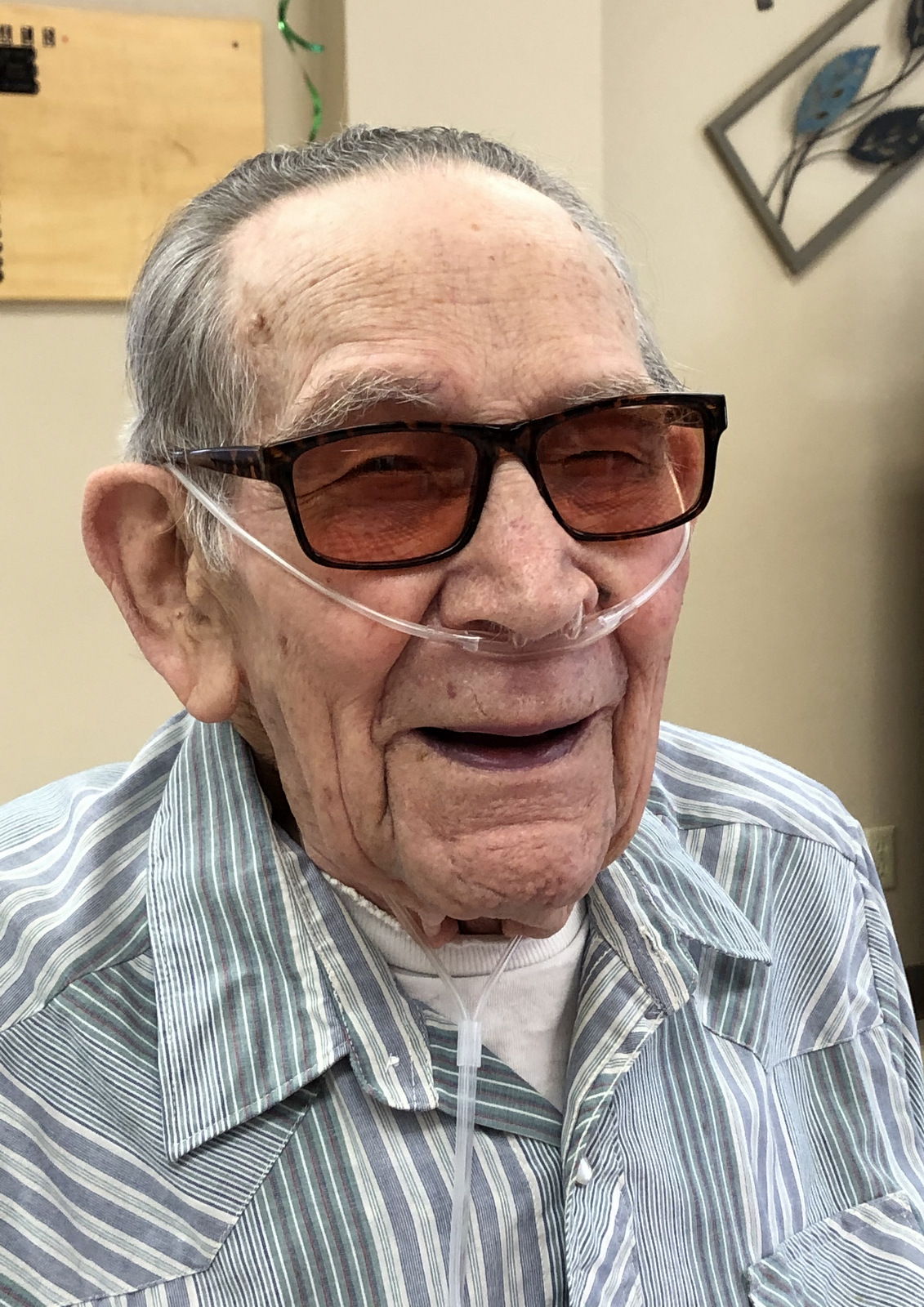 A cobbler in the military, a jack-of-all-trades throughout his life

HOT SPRINGS – Victor Kienitz was born in December 1929 in Smithwick, South Dakota, the son of a farmhand and one of six children.

A few years after he was born the family went to work on a farm a few miles from town.

“I remember milking cows and running a 2 horse team of horses dragging the fields and cultivating corn.”

Much like many small towns in rural areas the school was a one room schoolhouse.

“I didn’t start school until I was 7,” said Kienitz. “School was about 3 ½ miles from the farm and we had to walk. The only time we got a ride was during a blizzard. The neighbor would come with a bobsled and take us to school.”

Kienitz came to Hot Springs for High School but didn’t participate in sports. “We farm kids wasn’t much into sports.”

Since he started school at a later age he was older than all the other children in his class.

“Six months into my sophomore year I turned 18 and I enlisted in the Army. I was already registered for the draft and didn’t like the idea of being drafted so I joined.”

A friend who owned a local cobbler shop told Kienitz if he could somehow get trained as a cobbler in the Army he would have a job waiting for him when he returned home. With this seed planted in his mind, after basic training “I went to Camp Lee in Virginia for shoe repair school. I actually came out 2nd in the class. Imagine that.”

In the fall of 1949 Kienitz, along with 9 other shoe repair specialists, shipped to Okinawa.

“We ended up on Okinawa, that’s where they dropped us off. The ten of us took over the shoe shop. It was a whole repair shop including a tailor, tent repair and such.”

His shop spent their time mending and building the M1943 combat boot which was specially designed to combat the brutal cold of Korea and the mountainous regions.

“We spent a lot of time putting half soles on those boots,” said Kienitz.

Kienitz left Okinawa in the fall of 1951 yet the journey home was anything but pleasant.

“When I was coming back from overseas we stopped in Japan for three days. From there when we were heading home I got really sick with what they called yellow jaundice back then, now it’s called hepatitis. I was in the Letterman Hospital in San Francisco (Presidio) for 6 months before I was finally well enough to be discharged from the Army on July 15, 1952.”

“I came home thinking I had a job at my friends shop but while I was gone he had hired his brother. From that point on I had more jobs than you could think of.”

“I helped other farmers, but that didn’t last long. I tried my hand at construction and helped with the irrigation ditch in Oral. I worked at the 7-11 dairy ranch. I worked at the Texaco station and then went to work for the VA in housekeeping.”

“By 1961 I was working in Igloo as an ammunition handler and vehicle maintenance, kind of a jack of all trades. When Igloo was closing I was transferred to Fort Leonard, Missouri working in the salvage yard and motor pool as a grease monkey. I got homesick and headed back home to work in the Homestake Mine in Lead. One day I was working the stope barring down and some rocks fell from the ceiling breaking my leg and my ankle. I was out for three months. When I came back I was motoring again. When they went on strike I came back to the VA in Hot Springs and that’s where I stayed for the next 24 years. I started in the kitchen and worked my way to housekeeping.”

“I really enjoy the senior center. I come here for lunch almost every day. I even volunteer here when they need me. I am very happy they are open again.”