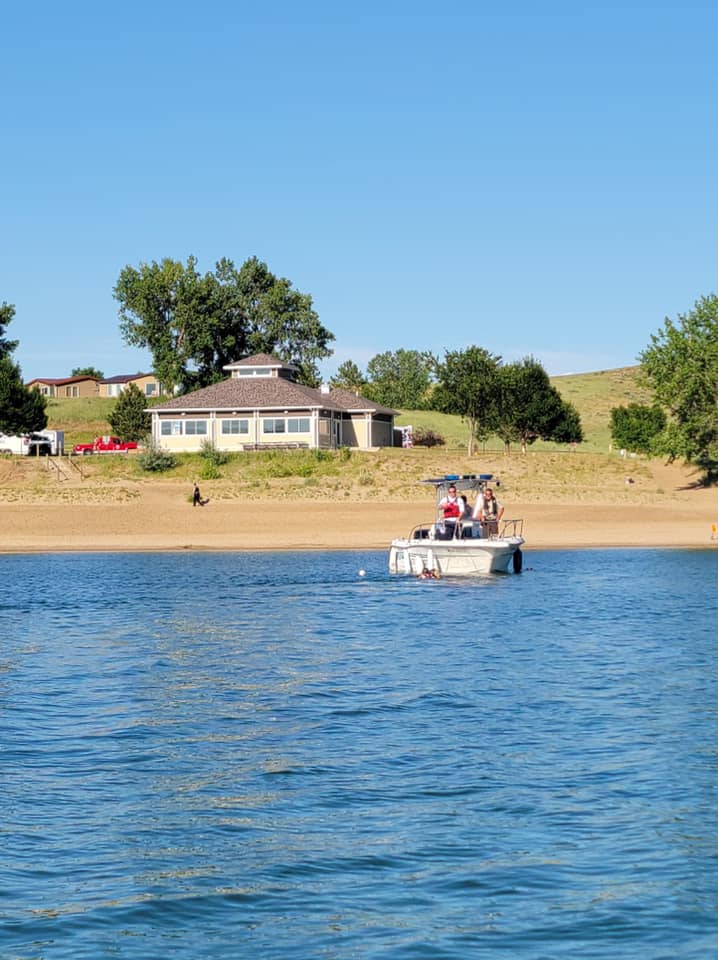 Emergency personnel work to recover the body of a drowning victim just off of Breakers Beach at Angostura Recreation Area.

According to Fall River County Coroner Donna Behrens, the victim was Dedan Roni Hidayat, who was originally from Indonesia but worked in Rapid City on a work visa through the Fuji Restaurant.

He and several friends were at the lake last Wednesday when Hidayat went down to the beach in front of the Inferno pizza restaurant to go for a swim. He then entered the water and swam across the bay to the opposite beach, which is a distance of about 150 yards.

A competent and accomplished swimmer, it was reported that Hidayat made it successfully across the bay to the other beach, and after a brief few minutes on that beach, he then went back into the water to swim back to Breakers. While attempting to swim back, onlookers noticed that he appeared to struggle in the water and then became submerged. An attempt was made to swim out to him for assistance but they were not successful in getting to him in time.

According to a Facebook post by the Pennington County Sheriff’s Office, the Pennington County Search and Rescue was called to the scene at 1:23 p.m. and recovered the body around 7 p.m. Other departments responding included the Fall River County Sheriff’s Office, Fall River County Emergency Management, GF&P, Hot Springs Ambulance, and PC/RC Water Rescue Team.

Fall River County Emergency Manager Frank Maynard said that the Pennington County divers are the primary respondents to incidents like this throughout Western South Dakota. At one time, several years ago, Maynard said their were a small group of five or six divers who provided search and rescue but there is no longer a Fall River response team of certified divers. On occasion, Maynard said there are a couple of local individuals who have equipment and can assist with some underwater operations but not search and rescue in waters like Angostura.

Behrens said an autopsy was performed on Friday, July 2, and was inconclusive with all initial signs pointing to the cause of death being an accidental drowning.