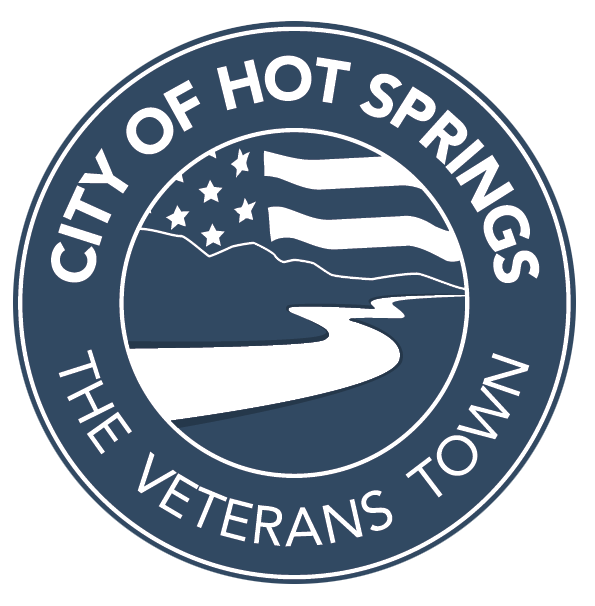 HOT SPRINGS – The process for a Hot Springs city resident to install a temporary carport structure near her home – to aid her disabled mother from getting in and out of her car and into her home – is now likely going to take a bit longer, following action by the Hot Springs City Council last Monday night, June 7.

Eileen Ohliger, who lives at 446 S. 5th Street near Lynn’s Dakotamart, had previously been before both the City Council and the Planning & Zoning Committee in regards to putting up the structure which, after several weeks, finally resulted in it becoming an agenda item at the June 7 meeting to approve her request. But that item was ultimately tabled by a 4-3 vote, which included an abstention from Councilman Larry Pratt.

Prior to the vote, but in his explanation on why he was recommending the council table the matter, Mayor Bob Nelson said, “we’re not able to talk about the merits of the motion. What we’re talking about is the process and the fact that, regrettably, you’ve been involved in a process that we could have done better and we need to back up and get it done right.”

Mayor Nelson then went on to explain to Ohliger that what she is requesting is a setback variance to the property and any time a variance like that is done, certain procedures are required, which includes working with the Planning & Zoning (P&Z) Committee, then sending certified letters to neighbors within a 200-feet of the variance, and then a notice is published in the legal newspaper and a public hearing is held.

Ohliger then reminded the mayor and the council that she had already been directed by the P&Z and council to talk to all of her neighbors, which she did, but now she has to mail them letters, even though they already gave their verbal approval?

Mayor Nelson said ‘yes’ and then acknowledged the fact that the city had misguided her previously but now needed to follow the requirements of the ordinance, now that they have determined what the proper process is to get the setback variance approved. Doing otherwise would set a precedent that could cause issues with other requests in the future, Mayor Nelson said.

More discussion ensued and included input from City Attorney Garland Goff who restated the proper procedures for a setback variance, which also includes a $200 application fee. Ohliger said she had already paid a $50 application fee, which she was then told was for a building permit.

Councilman Wes Grimes questioned why Ohliger was not told at the most recent P&Z meeting what the process was for a setback variance. He also asked why her request couldn’t bypass city ordinance requirements, since it was related to resident’s disability needs. Councilman Larry Pratt also felt Ohliger had been given the runaround by the P&Z Committee.

Agreeing with Grimes and again expressing her frustration with the situation, Ohliger said she has been asking questions about her request since March and had never previously been told of the requirements for mailing letters.

“It was my understanding, because this is an issue that pertains to a person with a disability, which is a civil rights issue, is that a variance had nothing to do with it, because that has to do with a permanent structure,” Ohliger said, while stating the only reason she is wanting to install the temporary carport is to keep her mother safe from inclement weather and from the traffic in front of her home.

Councilman J.R. Huddleston, who is also on the Planning & Zoning Committee, addressed the use of the word “runaround” by some of the other council members and explained that the reason for the delay in helping Ohliger with her request was due to there being some confusion in the outset as to what exactly her request was and to what ordinance it would apply. After much discussion, the P&Z, with input from the City Attorney, ultimately made the decision that it was indeed a setback variance, which puts into play all of the aforementioned actions, including the letters.

“I don’t think it’s a runaround and I’m sorry it’s taken as long as it has,” said Huddleston. “I feel sorry for the position you’re in. But what I do think needs to happen is that it needs to be done right. And it had not been done right. This is a setback variance, in my opinion, and should be treated as such.”

City Attorney Goff added his comments which supported Huddleston’s and said that at first, it was unknown where her request fit, but now they know, and its a variance for a set back.

Ohliger responded by addressing how certain accommodations should be made when dealing with an ordinance that would avoid an elderly or disabled person to endure a lengthy, and possibly costly, process to meet their short-term needs.

“It was my understanding, is that when a person has a disability, especially that it’s an obvious disability, that the accommodations for them can be made without having, and they can be adjusted, without having to go through a huge process,” Ohliger said.

“There’s nothing in the ordinances that makes a reference to a person with a disability,” Ohliger added. “Now that I’ve been going through this process, I think that it’s very important for people to address people with disabilities … is this going to be the process for every time?”

In wrapping up the discussion, Mayor Nelson again emphasized the need to follow proper procedures in regards to the motion on the table, even though it may continue to delay her request.

Prior to the Ohliger discussion, the council approved Resolution 2021-12 which “Reaffirm(s) a Citywide Commitment for Clean Water and Water Resource Protection.” Mayor Nelson said the city had previously approved a similar resolution in 2017, but this new resolution formally instructs the City of Hot Springs to notify the State of South Dakota Department of Agriculture and Natural Resources Water Management Board of the city’s opposition to the restart of uranium mining water permit hearings before the state Water Management Board.

In the resolution final paragraph, it states, “the City of Hot Springs will commit to support any action from the County, State or Federal Governments aimed at protecting the waters of South Dakota, both surface water and underground aquifers, as a critical natural resource necessary to life.”

Prior to calling for a roll call vote, audience member Brenda Gamache came to the microphone and spoke in support of the resolution.

“I started fighting this in 2007; now that should tell you how many people opposed it, that it’s been in court all this time,” stated Gamache.

“We just don’t need it. There are droughts in California, Arizona. We need to start thinking about preserving what we need; what our bodies need; what our fish need; what our wildlife needs. Instead of handing it over to a foreign country and we’re not going to get anything except a mess, so please consider,” Gamache concluded, while also asking the city council to “please consider” writing a strongly worded letter to the Water Management Board.

In other business, the council:

• Approved personnel actions, which included the hiring of Margaret (Peggy) Exum as the Library Director effective June 14, and also Rick Breitenbach as the new full-time Airport Manager, effective June 28. Exum, a 1970 graduate of Hot Springs High School, was the previous Library Director in Hot Springs for 17 years and moved to Tennessee shortly before the opening of the new library building at Butler Park. Breitenbach will be coming to town from Broomfield, Colo., where he was the Quality Manager at Pilatus Business Aircraft, Ltd., and has many more years of aeronautics experience. According to Mayor Nelson, Breitenbach is also familiar with balloon festivals and is looking forward to helping grow the Fall River Hot Air Balloon Festival.

• Rejected the two bids received on the RFP for the Butler Park Softball Field Fence Replacement project, due to the two bids received drastically exceeding the 2021 budget allocation. Mayor Nelson said the expected cost of the new fence was in the range of $20,000 to $23,000, but both bids were for more than $50,000 each.

• Scheduled a public hearing at the next council meeting on June 21 at 7:40 p.m. to discuss a temporary ordinance regarding the issuance of local medical cannabis establishment permits and/or licenses.

• Heard during the Public Works Committee Report from Councilman Dave Burris that there will be a sign installed at the staircase near the Episcopal Church warning users to “Enter At Own Risk” due to the decaying concrete. During the Golf Course Committee Report, Mayor Nelson also said the city will be removing a paved cart path on Hole #3 which takes golfers down to the lower tee box but was built several years ago on private property. After it’s removed, the city will instead be building a staircase that will take golfers down to the tee box.

• Heard during John Gregory’s City Administrator Report that the Hwy. 385 reconstruction project is still on schedule for the bid letting to take place in September 2021. During Misty Summers-Walton’s Finance Officer Report, she shared that Black Hills Energy’s announced rate hike is expected to cause a $28,000 to $32,000 increase in the city’s power costs this year.