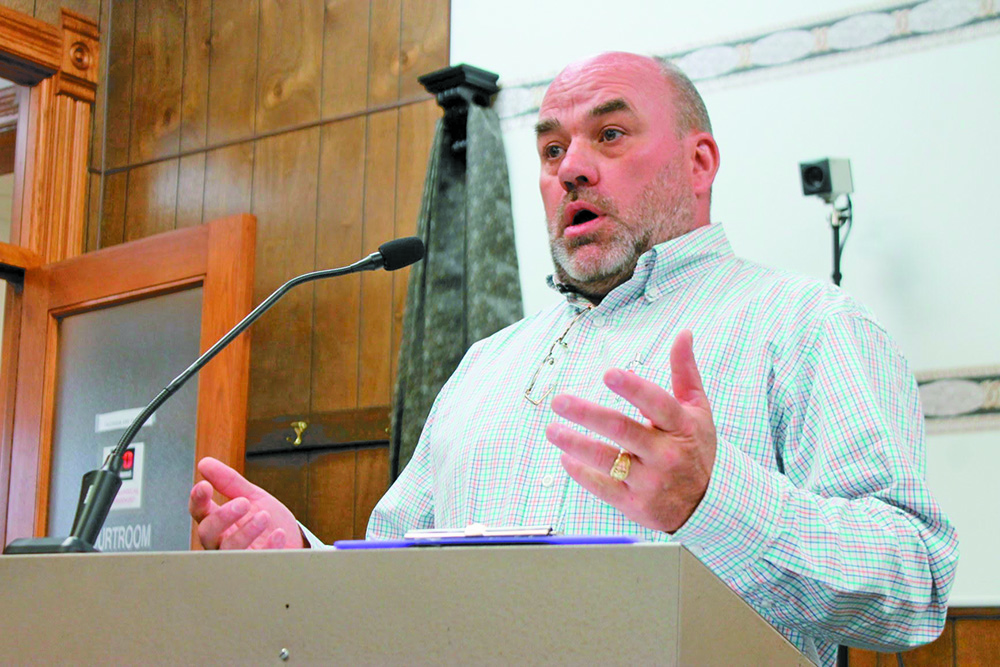 HOT SPRINGS – When the Fall River County Commission met on Thursday, May 20, Jeff Tomack, who is Forest Supervisor for the Black Hills National Forest, was present to discuss the forest policies regarding lumber reduction and grazing rights.

The shortage of lumber supplied by the National Forest caused Neiman Enterprises to close its Rushmore Forest Products Sawmill in Hill City after 53 years, and the Fall River County Commission is concerned how such forest service actions will affect Fall River County.

“Twenty percent of Fall River County is owned by the Forest Service,” said Commissioner Joe Falkenburg. “It’s our concern if this could happen to us, and it’s a grave concern to those who have forest service grazing permits.”

Tomack, who is a native of South Dakota, saw the letter the commission had sent to Gov. Kristi Noem about the forest and asked to meet with the commissioners. “The Black Hills National Forest will be entering into a forest plan revision,” he said. “There’s where those decisions will be made about what long-term timber harvest sustainability will be.” He said they will be looking into a forest plan of what the next five, 10 and 20 years on Black Hills Forest will be.

When Commissioner Falkenburg asked if the revision will affect the Hill City sawmill, Tomack said, “Neiman is still on track to close.” Then Falkenburg said, “If you just cut grazing permits in half you know what that will do to ranchers.”

Falkenburg then asked Tomack, “Who makes the decisions for the forest revision?”

“It will be mine,” said Tomack, “with the support from the regional office and the Washington office.”

Commissioner Deb Russell asked if all the decisions are made at the top, from Tomack and above.

Tomack replied, “We will look at the scientific, social, ecological and economical considerations.” He added that from the social aspect, everybody affected by the decision will have a say in the process. “We want stakeholders’ engagement,” he said. “We will be asking folks for their input.” The county commissioners will have an input, he said. “There will be a large public participation,” he said.

Referring to the closing of the Hill City sawmill, Commissioner Les Cope asked why the National Forest is making the decision now after the changes were already made. “Can we change the paperwork to keep Neiman open, is that what you’re asking?” Tomack said. He further said he could not speak for Neiman.

Commissioner Heath Greenough asked how much flexibility there is to change the forest plan for conditions, referring to the recent pine beetle infestation as an example. Tomack said there was flexibility for conditions. “Log it, graze it or watch it burn,” Greenough said.

Sen. Frye-Mueller said, “We need the counties to write a letter to the governor, and we need you (Tomack) to stand up for us.”

Later, during public comment, Falkenburg announced the America the Beautiful initiative, which is the government’s 30 by 30 plan rebranded. The goal is to have 30 percent of the nation’s land and water entered into the conservation reserve program by 2030. “They have 20 percent of our county, if they take another 10 percent, we may as well close our county,” he said. The commissioners plan to work on a resolution to make the county a sanctuary county and have it ready for a vote at their next meeting on June 5.