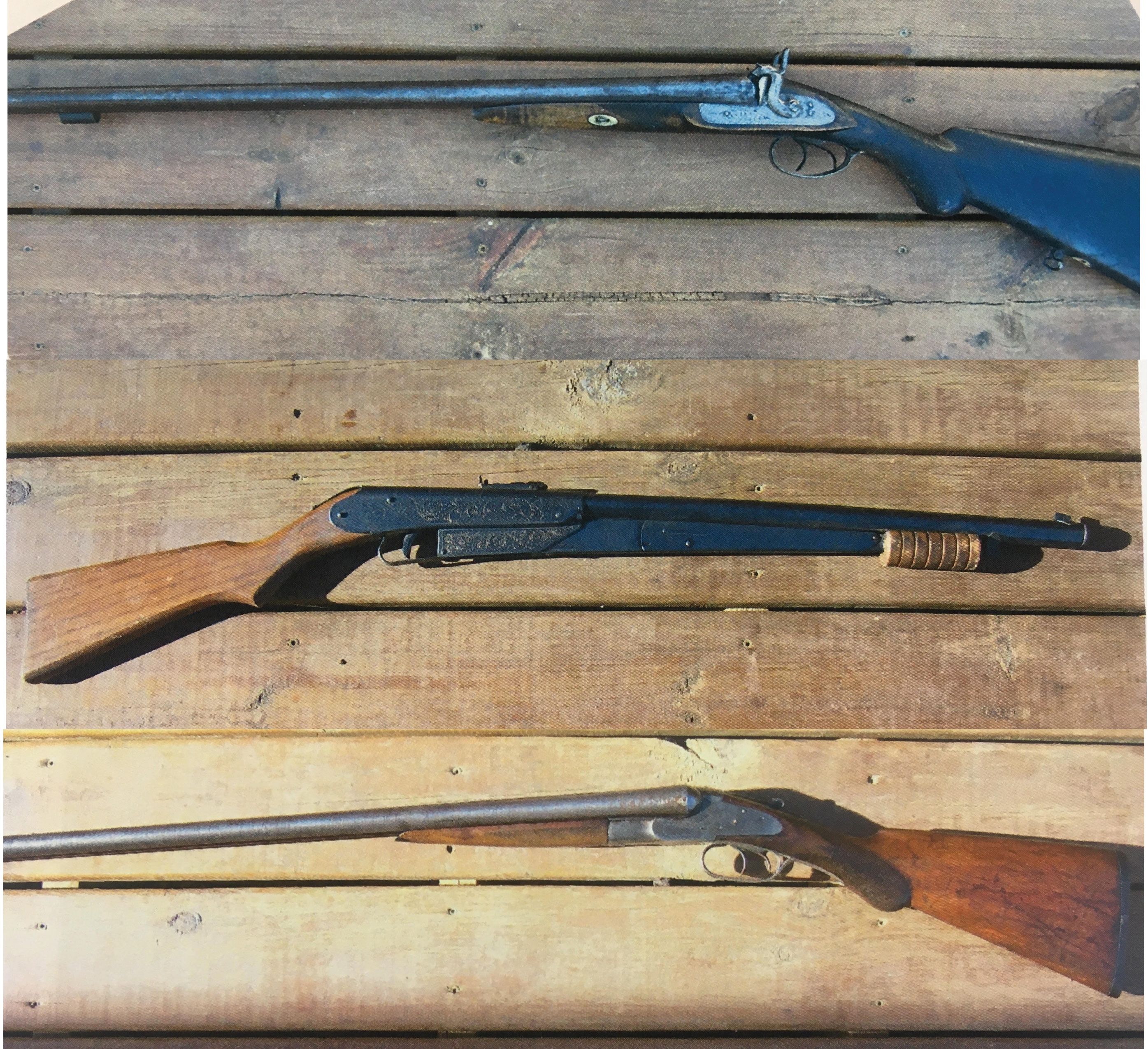 HOT SPRINGS – Three antique guns were stolen from the Pioneer Museum in Hot Springs earlier this month and the management is asking for the public’s help in finding them.

According the Carol Sides with the Fall River County Historical Society, the missing guns include:

2) 1936 Daisy No. 25 Air Gun with a pump slide action. There is stamped engraving, gold filled, with a hunter and dog. Metal parts have a blue finish.

3) 12 gauge H.J. Sterling Double Barrel Muzzle Loading Shotgun. The barrel is 30-inches and there are German silver inlays on each side and a cast iron butt plate.

Hot Springs Chief of Police Mike Close said the theft was reported on the morning of Monday, May 3, and there is about a two week window of when they could have been stolen from a third floor display case.

The thieves are believed to have entered the museum through a back door, which had been repaired recently, but not repaired very well, according to Close, who said it appeared the door was comprised without needing to do much damage to break

The three guns were located inside a gun case with several other antique guns, but those three were the only ones missing. No other theft or damage was noticed to any of the other displays in the museum.

Close said only one of the shotguns had serial numbers, and that they have been registered through the usual channels should the gun ever get sold through traditional means.