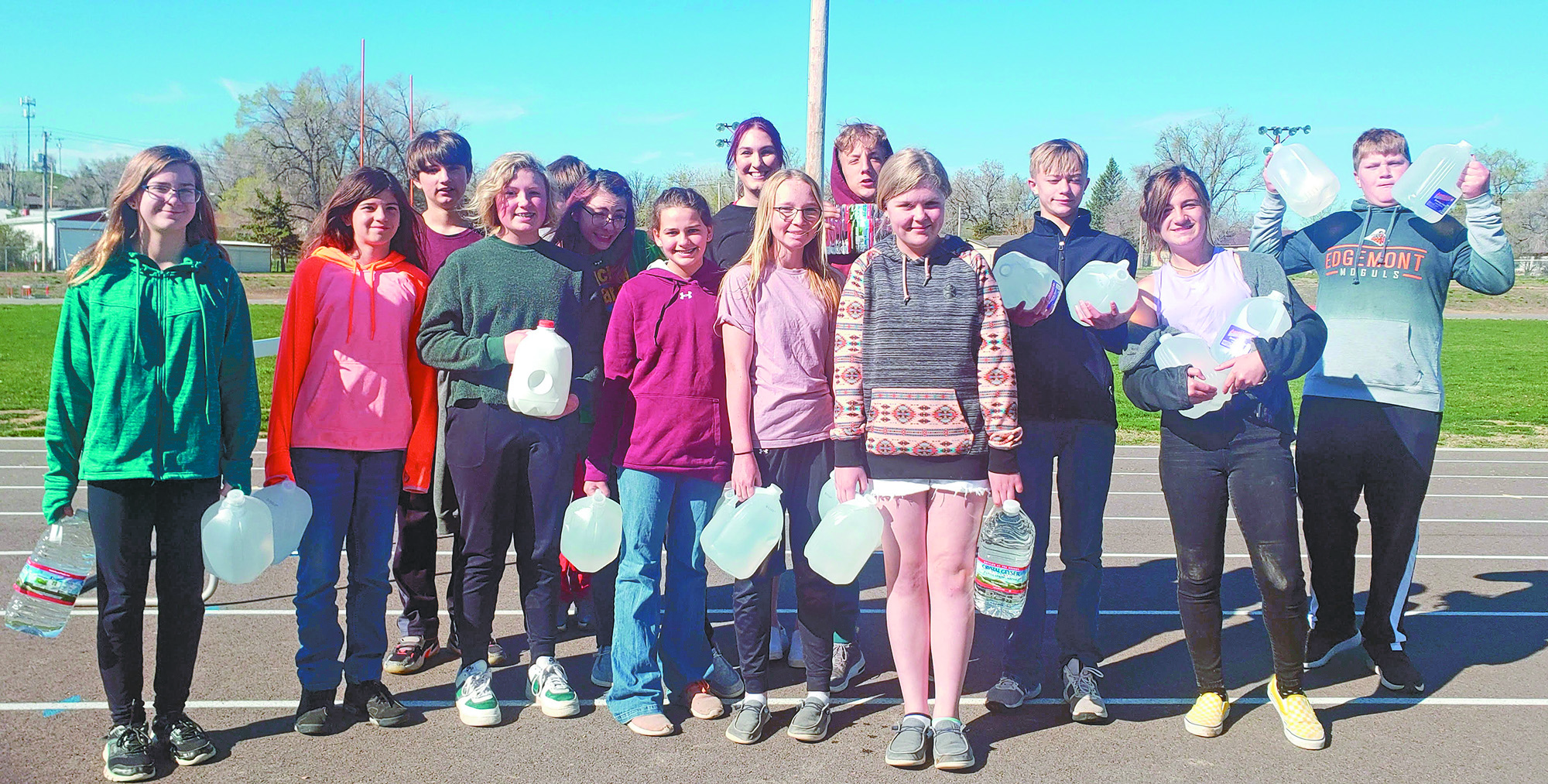 Members of Jaci Neiffer’s 7th grade class at Edgemont School read the book “A Long Walk To Water” and conducted a fundraiser netting $200 that was donated to Water for South Sudan.

EDGEMONT – Jaci Neiffer’s 7th grade ELA (English Language Arts) class at Edgemont School read the book ‘A Long Walk to Water’ by Linda Sue Park. According to Ms. Neiffer, her students were moved by the touching stories of Salva and Nya, the many hardships they faced, and how they persevered through. It was such an amazing experience to watch them make connections to the simple things we tend to take for granted in our everyday lives.

A Long Walk to Water is the story of the experience of two 11-year-olds in Sudan, a girl in 2008 and a boy in 1985. The girl, Nya, makes trips twice a day to fetch water from a pond. The boy, Salva, becomes one of the “lost boys” of Sudan, refugees who cover the African continent on foot as they search for their families and for a safe place to stay. His challenges range from loneliness to encounters with deadly animals to attack by armed rebels. Eventually, his story goes on to intersect with Nya’s in amazing fashion. Includes an afterword by author Linda Sue Park and the real-life Salva Dut, on whom the novel is based, and who went on to found Water for South Sudan.

But Neiffer says her class took things a step further than just absorbing a valuable lesson.

“They chose to do something to help those who require something we don’t ever really think about, such as clean water,” said Neiffer. “The class decided to conduct a fundraiser for clean water in Sudan. They worked hard, set goals, and executed a plan to raise money. They created fliers and gave up two of their nights to ask for donations and set up a bake sale, which raised just over $200 in donations.”

Neiffer’s students carried a gallon of water (some of them carried two or more gallons) and walked 1 mile, an experience that taught them to better appreciate some of the amenities people living in developed countries have at their disposal.

“We will now be writing a check and donating it to Salva’s organization ‘Water for South Sudan’,”says Neiffer. “Words cannot express how much pride and respect I have for these students and their selfless acts of charity.”

Three students in the class took the lead with the fund-raising effort according to Neiffer. One of those students, Gradin Cortney, said a lesson he learned from the book was to put other people in need before yourself. He said Salva and Nya had a lot of responsibility for kids. Fallon Ostenson said it shows how we in America sometimes take our families for granted as the kids are away from their families for long hours. She also said their way of life in Sudan makes them more humble. Brielle Heyn said she now realized how terrible life can be in some parts of the world and that people live in those conditions every day of their lives. She thought that they way they lived would make them more kind and less selfish.