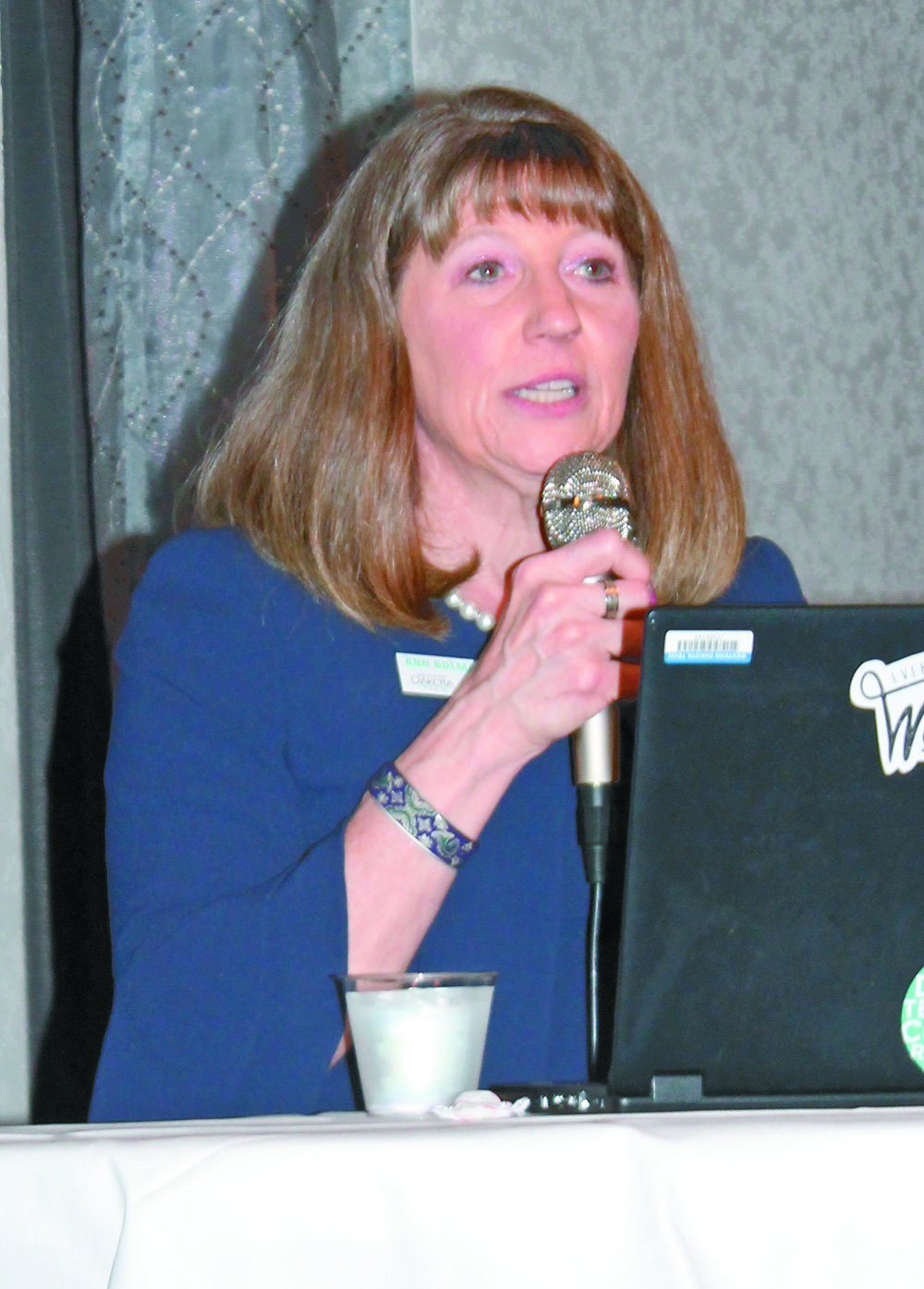 HOT SPRINGS – When the Southern Hills Economic Development Corporation (SHEDCO) of Hot Springs held its annual banquet at the Red Rock River Resort on Saturday, May 2, the 65 people in attendance heard about the business growth in Fall River County. Nine new business owners talked briefly about the products and services they offer to the area.

Other speakers included Hot Springs School District Superintendent Dennis Fischer, who talked about the plan for a new shop building and other improvements. Rich Gross talked about OPVETS, which stands for Operation Veterans Enrichment Town. Dr. Ann Bolman, who is president of Western Dakota Technical College (WDT), was the guest speaker and talked about a working relationship between WDT and Hot Springs as a satellite campus.

After a buffet meal was served by the Red Rock, SHEDCO Board President Joan Howard started the program by saying that it is important to stay optimistic during a “couple hard years.” Specifically, she referred to the challenges presented by last year’s fire in downtown Hot Springs, COVID-19, and the coming state highway project. “There’s light at the end of the tunnel when the highway gets done,” she said, “You have to be an optimist and stay in business.”

Next, SHEDCO Executive Director Andrea Powers introduced nine owners of new businesses, who spoke briefly about their services and products. Elsa Meyer and her husband, Marty, purchased and are remodeling the Sand Star building on Chicago Street. Part of the building will be a community kitchen. Jeff Beneway operates the Rail House Co. in Edgemont, where they make custom farmhouse furniture and décor. Mike Sommer is owner of the Minnekahta Metal Works on River Street, where he makes items out of steel and wood. Resa Rutz is the owner of Polished Salon and Spa. Delise Simmons talked about her new clothing and accessories boutique called Red Dirt and Pearls Boutique. Melissa Holt operates the Two Cows Creamery LLC on River Street, where the ice cream, gelato and other treats are homemade. Neal Sanders said the Unified Ranchers Coop plans to start a meat processing plant near the feedlot with the idea of “putting money back in the ranchers’ pockets.” Cad Waite operates the Hat Creek Grill and the Igloo Bar d.b.a. Taphouse, both in Edgemont. Kara Hagen presented a drawing of the 1913 pool house addition to Moccasin Springs.

“These businesses are all local,” Powers said. “They all opened or expanded during COVID--I have admiration for that.”

Next to speak was Supt. Fischer, who thanked everyone for supporting the students’ fundraisers that help finance student projects. He said a new shop building is being planned that will offer classes in shop and other subjects. “We want kids out of their seats and having hands-on experience,” he said. He also said there are plans for expanding classroom space in the future. “We want to put the best plan together for our kids,” he said.

Next, Rich Gross presented information on OPVETS. He said that their plan includes creating safe spaces for veterans that include recreation and retreat spaces, housing and starting a business center that is run by veterans. He said the community is essential in supporting this effort. “We’re all about the veterans,” he said.

Guest speaker for the evening, Dr. Bolman, said WDT offers six-week to two-year programs. High school students can take classes at WDT while still attending high school. “We have 393 dual enrollment students,” she said. A couple WDT goals are to improve access to technical education in western South Dakota and to break down the stereotypes about technical education. The college’s future goals include offering classes in industry 4.0 in Hot Springs and nursing at the State Veterans Home. “You don’t have to be young to do this technical learning,” she said.