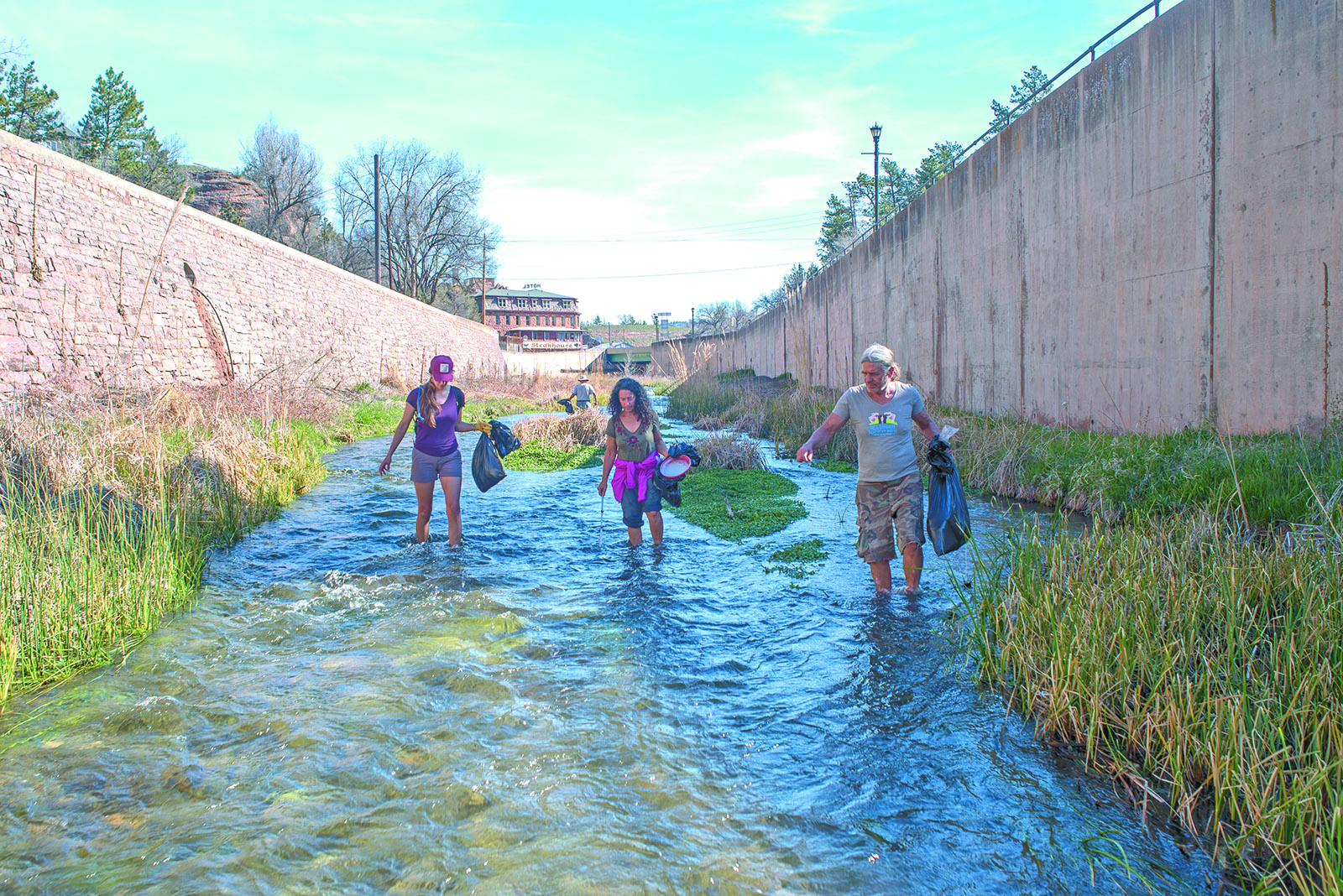 HOT SPRINGS – Great weather and an energetic vibe highlighted this past weekend’s Keep Hot Springs Beautiful “Great American Cleanup” on Saturday, May 1, according to event organizer Beth Spitzer with KHSB.

With 92 volunteers on Saturday, and several more who did work leading up to the event, Spitzer said it was wonderful to see such a great turnout from the community, which included approximately 16 people from Fall River Health Services (FRHS) along with dozens of high school student-athletes representing their various sports programs.

Spitzer said the key to success in organizing volunteers for an event like this is to have individual leaders who create excitement. She then noted how Sylvia Trotter, a Doctor of Podiatry from FRHS, rallied her fellow staff members to come down on Saturday and get involved. She said the FRHS group, which came dressed in matching T-shirts, helped clean up around the school and other parts of town in that vicinity.

Other groups, including a large contingent from the Hot Springs High School athletic department, also participated in near-record numbers this year.

Interest in helping with the overall cleanup effort was also at near all-time high levels, so much so that Spitzer said she created more designated areas to cleanup. In total, there were seven Fall River sections that were fully adopted this year. In addition, there were also several clean-up zones throughout town and along every major thorough-way – both in town and on the outskirts, including the Hwy. 18 truck bypass which has been cared for by the Hot Springs Rotary Club for many years.

The Great American Cleanup itself ran from 8 a.m to 12 noon, and was kicked off by a gathering in Centennial Park. Groups then went to their designated areas, which also included several groups working on their street corner pods.

Volunteers Roger Spitzer and Jerry Collogan followed their cleanup crews and loaded yard waste and debris in trucks and then took that to the city’s landfill. Garbage and trash items were placed in plastic orange bags for the S.D. Department of Transportation to pick up on Monday, May 3. Spitzer said the DOT donated the bags and also yellow vests for anyone who wanted to wear one.