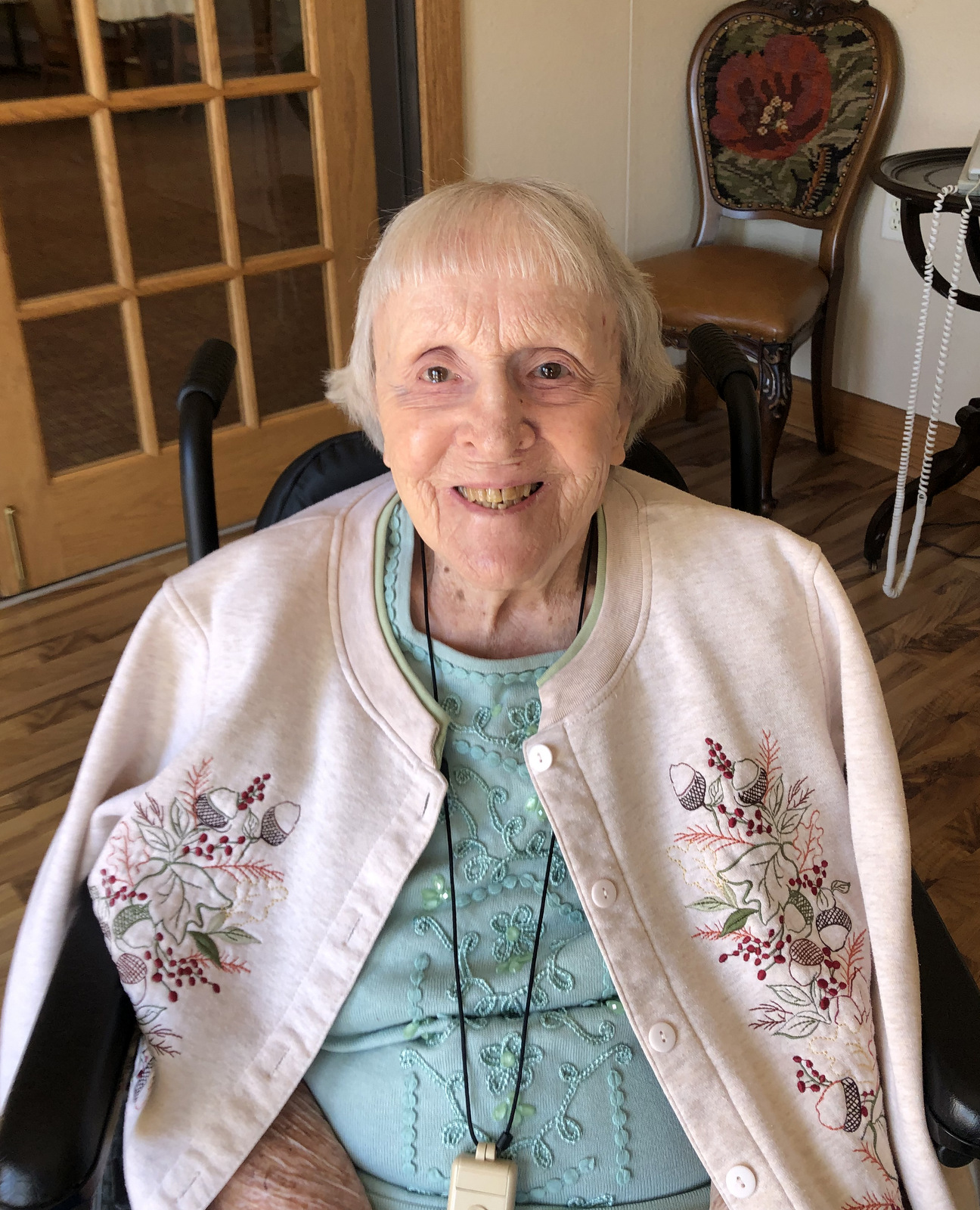 A four part series viewing life through the eyes of four of the area’s own centenarians, all living at Pine Hills Retirement Community

HOT SPRINGS – Margaret ‘Maggie’ May was born August 3, 1917 in the town of Gettysburg, S.D., the second child and self proclaimed “spoiled brat” of a farmer.

“My father, Frank Freeman, was a very successful farmer and a wonderful man,” said May, her love for her father clear.

At a young age May’s mother left the marriage and took May’s older sister with her back home to her mother’s family in Maine. This left May growing up an only child with her father as mother and father.

May attended school in town.

“It was such a small school and not much offered there, so I didn’t really have a favorite subject. I didn’t enjoy school at all I wanted to quit school. My father was just frantic about that. But he knew I wanted to be a nurse, wanted to since I was very little. So he said to me, “You wanna be a nurse?”  And I said, “Yes I do.” He said, “Well, you can’t quit school if you want to be a nurse, you have to keep going.” So I took his advice seriously and I finished high school. I presented myself as a person I wasn’t so I could finish, but it all worked out.”

After high school May attended junior college at Fullerton, in California.

“I wasn’t afraid to go to California because my father and his sister moved there with me,” she said, her father returning for harvest season each year to South Dakota.

“I enjoyed college very much, I would take courses that interested me and it worked out very well for me. It was funny, I was kind of odd, I had never known a nurse and I didn’t even know what a nurse did, but I wanted to be one so bad that I enjoyed taking all the courses.”

“To this day I never knew why I ever chose nursing, but I never gave up.”

When the war came May wanted to help but life had other plans.

“I couldn’t be a nurse during the war, my family needed me, or at least they thought they did anyways,” she said, as her mother had returned home.

“My mother had become ill and asked my father if she could return home, he said she could on one condition; that her mother was never allowed to set foot in the house ever. My grandmother was not a well liked woman. One time I was talking to a cousin who said to me, “Your dad hated my grandmother didn’t he?” And I said, “Yes.” And he said, “So did I, that old (cuss word)!” So I found out the whole family didn’t like her, not just us.”

May thoroughly enjoyed her nursing career and the excitement it brought her life, yet by 27 she was still unmarried.

“Just as I was about to give up I met my husband at church, I was 27 years old, that was a mistake,” she said. “We were about ready to separate when he was stricken with an incurable illness. I took care of him until he died. I didn’t know until after he died that he had money and that it was left to me.”

Though the marriage never produced children, she did “inherit” grandchildren. “I still love them dearly,” she said.

Now widowed and with a little nest egg, May, who had never quit working, continued her career with one curve in the road.

“My director of nursing told me that they really needed a school nurse at the Newport High School. I never wanted to be a school nurse, but she told me to go apply for the job. I really respected the director so even though I didn’t want the job I went to the interview. I ended up with the job, but it’s all so funny. When I got back to the office the director asked just what went on down there at the interview, I guess they had called her. I told her, “I told them every reason I could think why they shouldn’t hire me and they did anyway.” she laughed. “I was there for 20 years. I retired from that school.”

Soon after retirement May had an unexpected visitor, her mother’s sister from Maine.

“She was such a wonderful lady, very refined,” she recalled. But during the visit her years of nursing alerted her that something was just not right. “Very soon after she had visited me it was discovered that she had cancer.”

Regardless of the surgeries and treatments her aunt’s cancer had spread throughout her body.

“I called her and told her to come to stay with me. She was with me 11 months before she passed away. She was so delightful, nothing like my mother. She was so kind that my father actually sent money to help me with her care.”

It wasn’t long after her aunt passed away that her father and his sister became ill and she took care of them both until they each passed away.

Finally May felt it was time to return home to South Dakota.

“I was not going to live in Gettysburg again so I moved to Hot Springs.”

When asked what her secret to longevity was she replied, “I wish I knew.”

However, she did have a tidbit of advice for youth today, “I wasn’t prepared at all to be an adult, I didn’t know what to do, but I just did it.”