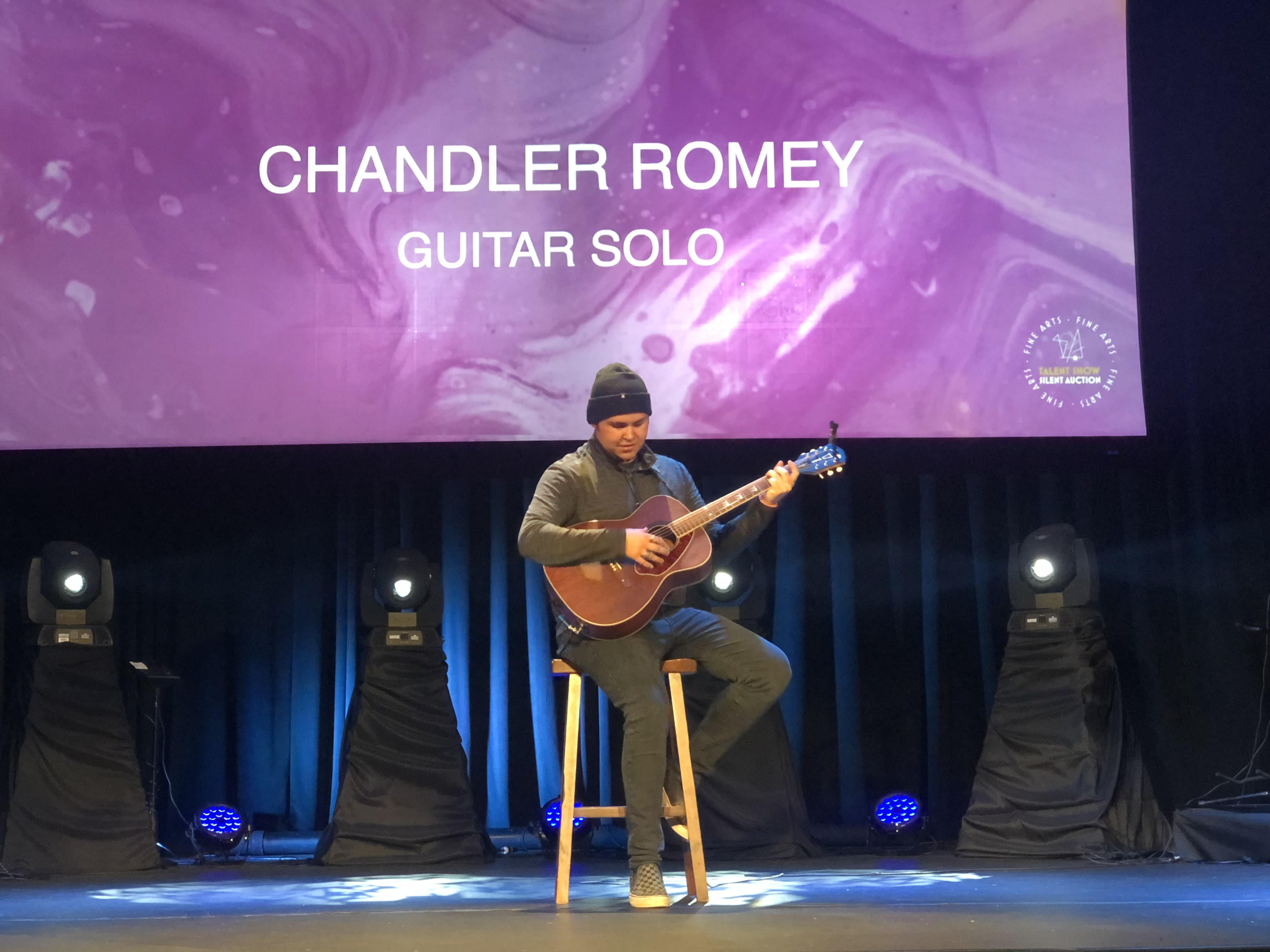 Chandler Romey, a senior at Edgemont School, finished with the high score for the guitar in the 2021 605 Fine Arts Festival that was held on March 12th in Sioux Falls. Romey traveled to the event as part of a team composed primarily of members from the Bethel Church campus in Rapid City.

EDGEMONT – Sometimes you’re just a natural, even if your signature moment almost didn’t happen. That’s the storyline when you talk to Edgemont’s Chandler Romey about his first competitive guitar competition, which was held just a couple of weeks ago.

The story begins with Bethel Church promoting a statewide fine arts competition, helping youth to register their fine arts gifting for the event. Initially, no one from the Edgemont campus entered and the deadline passed. While attending a volunteer banquet in Rapid City in February, Romey stopped at the Bethel Church campus and was immediately excited about an invitation to play on stage at the facility.

On March 2, the Executive and Worship Pastor at the Rapid City campus expressed a desire for Chandler to join their church’s Fine Arts team. He returned on March 7 and performed for the Fine Arts Committee. Most kids had been preparing since last year’s competition but Romey had only three days to get ready to put his best foot forward, so-to-speak. His performance apparently thoroughly impressed those in attendance and he subsequently received a call from the pastor at the Rapid campus, inquiring as to whether he would be interested in a late entry into the 605 Fine Arts Festival to be held in Sioux Falls.

First there was a hurdle to clear. Since he did not register before the deadline, the Fine Arts Committee in Sioux Falls would have to grant Romey a waiver as a late entry – which they did. He was notified of his acceptance on March 8 and departed for Sioux Falls on March 11, commuting to the event with the Bethel-Rapid Fine Arts Team.

Participants were allowed to perform a musical piece of their choosing in front of three judges. Romey performed a song written by a friend, Jarrett Wiemer, called Randy’s Song. The competition was held on the next day after his arrival, and at the very end of the day he was notified that he received the high score for the guitar. He also attended a song-writing session and a writing class while at the Festival.

Romey says that given this was his first competitive event as a guitar soloist, it was tremendous boost to his confidence and is a huge motivation for him to enter next year’s competition with hopes of scoring high enough to be invited to nationals at Orlando.

“It was a big improvement on my confidence, because I got that high of a score,” exclaimed Romey. “Also because it was my first time going there and competing with all those people.”

Romey started playing guitar in middle school and in high school he plays the clarinet in Band, and is a bass singer in Choir. He also performs regularly at church during worship in Edgemont, and the Rapid campus has invited him to perform for them sometime at their worship service, an offer he has accepted. He credits Pastor Nancy at the Edgemont campus for helping him to be successful on a competitive level.

Romey says he hopes to major in Criminal Justice in college with a minor in Music. He plans to attend the University of Colorado at Colorado Springs and will be interviewing for scholarships available through the school.