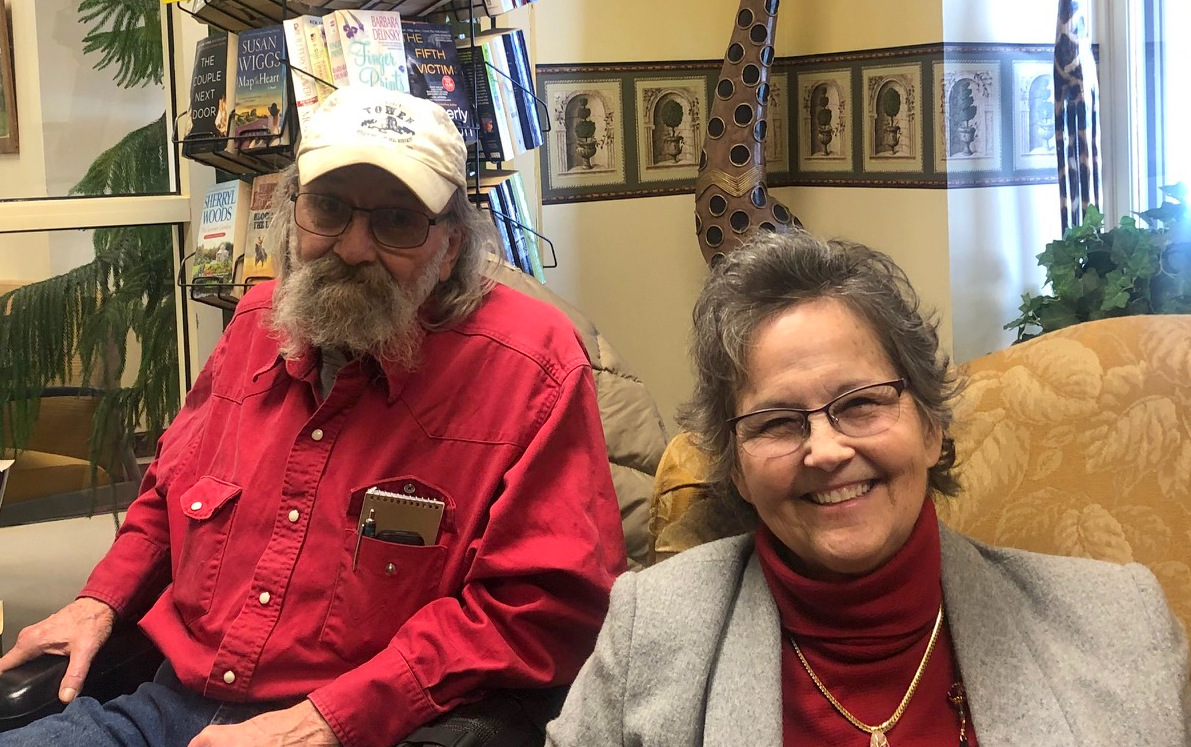 HOT SPRINGS – The Evans Apartments Tenant Council President Hal Glanville and Vice President Robin Anderson say they are both excited to break ground on the planned new residents’ garden in Hot Springs, thanks to an anonymous donation of land.

When the potential resident garden was mentioned to Anderson in crossing, she said she then took that information to Glanville and the pair excitedly went to see the potential site.

“We looked at the property and brought the idea back to the board,” said Glanville. While the idea didn’t take off with an explosion, Glanville said that interest is beginning to increase as the apartment’s residents become more aware of the project.

“This donation is such a simple act of kindness,” said Anderson, “she is just so happy to be giving.” And with a self-described black thumb, the landowner – who wants to remain anonymous – is said to be looking forward to being able to view a beautiful garden on her property

The donated space will allow an 18 foot by 25 foot flat garden area as well as three lengthy tiers suited for flowers.

“Each active resident will have their own plot where they can plant what they want,” explained Glanville.

Glanville anticipates planting gourds and other vegetables, many of which he has already started in his apartment and will be ready to transplant in the spring. And since Glanville spent much of his youth “working a ranch,” he will be available for planting advice to residents as well.

Glanville hopes the project will tap into the many positive health aspects which gardening provides. “This is about getting everyone involved, out of their apartments and their hands in the dirt,” he said. Connecting with the earth and seeing things grow.

While the garden has not yet opened due to snowfall, the anticipation is mounting as there is tilling to be done, some beds to build, soil to mulch, and more.

With the help of Hot Springs Ace Hardware the project has gotten a good head start.

“I think this is a great idea,” said Ace co-owner Brad Bednar. “It will help to get residents out and enjoy the outside, become a little more self sufficient and open up a new hobby opportunity.”

“We have committed to donating fencing and posts to keep deer and small animals out,” said Bednar, adding that he hopes to donate seeds when the ground is ready to “help kick-start the program.”

Glanville feels that the project is so much more than gardening; it’s also about a community connection.

“We plan to participate in the local farmer’s market,” he said, “not only to raise awareness of The Evans, but to raise funds to offset costs” of such things as seeds and water. Stating they hope to be successful enough to be able to donate to local charities further on down the road.

Anderson reiterated Glanville’s thoughts, adding, “We hope this creates a larger sense of community, building a connection with the people of The Evans.”

For more information, or to donate, send an email to This email address is being protected from spambots. You need JavaScript enabled to view it..