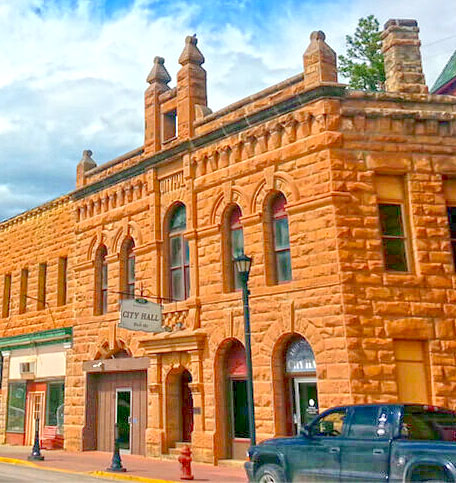 HOT SPRINGS – At its regular meeting on Tuesday, Feb. 16, which was postponed one day due to the President’s Day holiday, the Hot Springs City Council passed the First Readings of three ordinances, two of which had considerable discussion.

The third one discussed – Ordinance 1228 regarding an Elected Official Code of Conduct and due process procedures for violations of said conduct – was the only one that didn’t pass unanimously and heard, by far, the most discussion. The eight-page ordinance eventually passed seven to one, with only Councilman Wes Grimes voting opposed.

During discussion, Grimes asked Mayor Bob Nelson and fellow councilmember Bill Lukens why they felt this ordinance was needed now, adding that the two were Council President and Council Vice President under then-Mayor George Kotti when it was decided to eliminate the need for a City Council Code of Conduct, according to Grimes.

Lukens said that why it needs to be reinstated now is because, “There’s been behavior that some of us would consider unacceptable. We felt that we need to provide protection for employees, protection for the public, protection for other council members. If there is any inappropriate behavior, we can take appropriate action. This ordinance allows us to do that.”

“So why did you vote to get rid of it?” asked Grimes.

“I don’t know that it was an ordinance before,” stated Lukens.

“Yes, it was,” replied Grimes.

“I don’t recall making a vote; I did not go back and look at the minutes,” Lukens said. “The previous mayor did not see the need at that time. He said I think we can drop … I think it can go away. There was no disagreement to my knowledge, so it went away.”

When asked if there were already laws in place for councilmembers to be reprimanded for their inappropriate conduct, City Attorney Garland Goff stated that even without a Code of Conduct Ordinance in place, there are some general provisions that do allow for action in certain circumstances.

In response to Grimes original question to he and Councilman Lukens, Mayor Bob Nelson stated how he also does not recall voting to remove a Code of Conduct since he has been on council. He said he does recall a Code of Conduct being discussed a couple of times, prior to when Mayor Kotti was in office.

“My response at the time was, ‘we’re all adults, I don’t understand why we should need to be told how to behave publicly and with each other.’ And I just didn’t see a need for it and it never came up for a vote.”

Mayor Nelson said there were similar discussions under Mayor Kotti, but he does not recall it ever coming up for a vote at that time either.

However, in looking at it recently, Mayor Nelson said that he found it interesting that there are currently 78 ordinances on the city’s books that speak to the public and how they are supposed to behave.

“And yet we have nothing that holds the nine of us accountable to each other and to the people that we’re here to represent,” Mayor Nelson said. “And I find that odd and I don’t understand why it is so contentious, why we wouldn’t have something in place that would be a guide to us and how we should behave, not only with each other, but with the employees. And that’s the reason I came around to having something like this in place.”

Grimes said he had reviewed the documents for both Sturgis and Rapid City and he said “their Code of Conduct doesn’t have half the stuff in theirs that this has. So I’m just kind of curious why the heavy handedness is?”

“I reached out to Mayor Allender and asked him how they deal with it,” Mayor Nelson said, while describing how Rapid City had gone through a recent situation when they felt the need to remove a councilmember.

Councilman Larry Pratt referred to himself as the “new guy on the block,” but said that now, as a councilperson, “I’m sick and tired hearing all of this bickering, arguing in meetings that go on out there and in here. I believe, we as city council members should be held to a higher standard than anybody else in the city.”

Pratt added, “I think we need something to hold us accountable for our actions, completely.”

Councilman J.R. Huddleston said he was on the city council back in the 1980s when there was a Code of Conduct that everyone signed. “When I first got on the council this year, I was very surprised in our packet that we got that there was not a Code of Conduct to sign and turn in.”

Huddleston said that with any other position of public trust he has held over the years, there has always been some kind of Code of Conduct for him to live up to.

“I’m just appalled that this city didn’t have something that we will maintain ourselves in public, in meetings, in committee meetings, with media, with each other,” Huddleston said. “I probably pushed a little bit, to have this, because I think we need this. So you can hold us accountable. We can hold each other accountable, as we do our employees for the city.”

Councilman Craig Romey said the only problem he has with the Code of Conduct is that it prohibits any councilmember from talking to a city employee unless they are in a meeting with them.

Mayor Nelson said there is nothing in the Code of Conduct that prohibits a city employee from reaching out to speak to a councilmember, and it is not the intent of the Code of Conduct to limit those conversations, and if anyone wants to propose changes to the wording that does not water down main intent of the language that pertains to how the council treats each one another, he is open to that.

“It just looks to me that if someone’s feelers gets hurt, someone can file a complaint and get the rest of the council to vote him off,” said Grimes. “That’s what it looks to me like.”

Much discussion ensued regarding Section 2 of the Code of Conduct entitled “Elected Officials Conduct with City Staff,” specifically part “B. Limit contact with City staff,” which Councilman Romey translated as saying councilmembers cannot speak to any city staff unless it’s in a committee meeting.

Councilmember Caitlin Turner said she liked the message that Section 2B was attempting to address and then gave some examples, using her job at the Fall River County Courthouse, of how it can be intimidating for a city, or county, staff member to be approached by the elected official that governs her employment. She said it is best to have those conversations come from the employee’s work superior instead.

Further discussion continued amongst many of the councilmembers in relation to Section 2B and how some brief, friendly conversations should be allowable under the “limited contact” intended with the wording in the Code of Conduct.

Ultimately, in order to make it more clear what conversations are acceptable between city council and city staff, it was agreed to add the following clarification to Section 2:

“City staff are permitted to meet with individual city councilmember on their own volition.”

With this change, Councilman Romey said he would vote ‘Yes,’ which he did shortly afterwards, as did all of the other councilmembers, except Grimes.

Prior to the Code of Conduct being discussed at length, the first reading of Ordinance 1226, which repeals a tax rebate passed in 2018 that was intended to encourage economic development, was also discussed for awhile but ultimately passed unanimously.

In its original 2018 wording, the tax rebate allowed those who were undertaking new construction or remodeling project of at least $5,000 to not pay taxes on the city’s portion of those improvements for the first five years after completion.

Mayor Nelson and others on the council said that while the rebate had good intentions, it did not end  up having the desired result to encourage building or remodeling. It was stated by multiple councilmembers that they felt that those who have built new or remodeled since then, and were eligible for the rebate, would have likely performed the work anyway without the possibility of a rebate.

As a result, one of the city’s few sources of revenue – property taxes – has been negatively impacted.

Mayor Nelson, who acknowledge the fact he voted for the ordinance in 2018 but now feels it should be repealed, said a concern of his is that people who may have built or added on from March 2018, when it was passed, until now, may come back and want the tax rebate and say that they would have been eligible to apply but did not know about it. He then said that the city may then need to come up with money to pay back those past taxes.

Councilmember Caitlin Turner however said that point is debatable.

“Part of the original ordinance is that it had to be a pre-approved application so I think it’s up for debate if you’re two years down the road on whether you’re able to apply for it or not,” she said, to which Councilman Romey said he agreed.

Ordinance 1227 was the least discussed and passed unanimously as well. This ordinance, recommended by City Attorney Goff, amends the city’s Nuisance ordinances and adds a description for uninhabitable structures and provide the City Code Official authority to make the determination.

The additional wording to that subsection states: “Any structure that the City code official has determined dangerous, condemned, uninhabitable, and/or in violation of any City Ordinance, state statute, and/or International Property Maintenance Code, as adopted by City Ordinance, is a public nuisance unless overturned by the City Council pursuant to 95.06 APPEALS.”

In other business, the city council held a bid opening for the Wesch-Oak Building Demolition Services. A total of three bids were submitted, including Heinert’s Landscaping of Hot Springs for $74,000 which includes removal and saving of the front and back sandstone blocks; Veit of Minneapolis, Minn., for $241,500 plus an additional bid of $281,300 total to also stabilize the facade; and, RCS Construction of Rapid City for $183,000 for the complete demolition plus an additional $89,000 to stabilize the facade.

Mayor Nelson said the bids would be referred to the Public Works Committee, who would then make a recommendation to the full council at the next meeting.