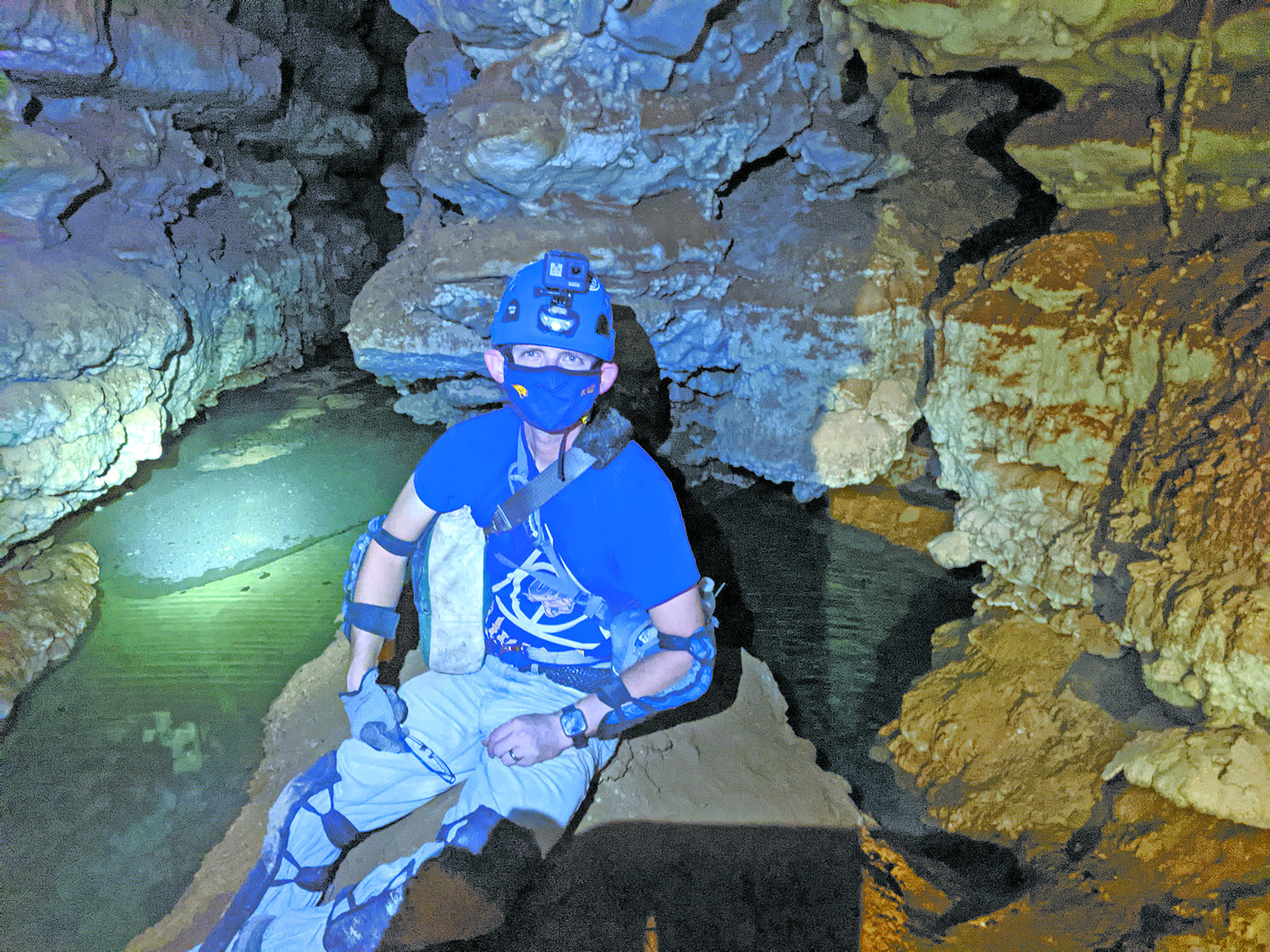 Pictured here is Dr. Joshua Sebree, Associate Professor of Astrochemistry and Astrobiology at the University of Northern Iowa, who leads teams of undergraduate students on NASA-funded research in Wind Cave. In the background is a small lake where the researchers study microorganisms living in the water that may be similar to those found on other planets.

HOT SPRINGS --- After an 11-month closure, Wind Cave National Park reopened its visitor center to the public on Friday, Feb. 5.

According to park officials, thanks to new guidance from the White House and an executive order by President Biden, they began a phased reopening process of their facilities.

Biden’s executive order, issued in late January, states that all “agencies should immediately require masks and distancing consistent with current CDC guidance in all Federal buildings.”

Previous to the new guidance, the park was unable to enforce or implement any COVID-19 safety protocols.

“We are pleased to begin a phased reopening of the visitor center,” said Leigh Welling, superintendent of Wind Cave National Park. “Wearing masks is a simple step that protects ourselves, each other, and our communities. The ability to require masks allows us to resume limited operations in the building and will lead to the resumption of cave tours, hopefully in early spring. We want to encourage visitors to recreate responsibly and we’re excited to be able to open our doors again.”

The ranger-staffed information desk and bathrooms inside the visitor center have reopened, and the park plans to open the exhibit area in the near future.

The park store, operated by the Black Hills Parks and Forests Association (BHPFA), also remains open to the public.

Wind Cave was plagued with elevator issues even before the onset of the pandemic.

The elevators, which are used to take visitors in and out of the cave for ranger-led tours, first became nonoperational on June 29, 2019.

After the first company hired to repair the elevators could not complete the work, the park hired a consultant team and the project went out for bids for a second time. Elevator Repair Service, Inc. out of Houston, Texas, secured the bid, began work in June 2020, and completed the repair five months later in November.

Members of the park’s administration are in the process of creating ways to safely offer cave tours during the pandemic and hope to resume cave tours this coming spring.

In a normal, non-pandemic year, Wind Cave offers a variety of cave tours with different durations, distances, and difficulties.

The staff at Wind Cave wants the public to know that the park is more than just a cave and has many above-ground activities such as hiking and wildlife viewing.

The park has more than 30 miles of hiking trails and is home to bison, elk, deer, pronghorn, coyotes, prairie dogs, and other animals.

Students and professors from the University of Northern Iowa (UNI) in Cedar Falls, Iowa, continue to conduct their NASA-funded research in Wind Cave, 500 feet below the surface.

The grant-funded project first began in 2019, and has recently been approved for another four years.

Marc Ohms, head Physical Scientist at Wind Cave, explained that the researchers are “using Wind Cave as a model to develop ways to look for life on other planets.”

Deep within the cave, there are small amounts of water in low-energy environments.

“The small lakes inside Wind Cave are exceedingly clear and have the lowest cell count out of any water body on Earth. The next closest are ice core samples taken in Antarctica,” said Ohms.

Dr. Joshua Sebree, Associate Professor of Astrochemistry and Astrobiology at UNI, is the professor in charge of the astrobiology research and leads teams of undergraduate students on the explorations. His team surmises that this form of life would be similar to that found on other planets.

“Our end goal is to find out how the life living in Wind Cave is comparable to extreme environments found in the Solar System such as the moons of Jupiter or Saturn,” said Sebree.

The student researchers are also trying to decipher which life forms have been living inside the cave for thousands of years and which ones have been introduced to the cave system more recently by humans.

The UNI researchers’ most recent visit to the cave was just this past month in January and they hope to continue their research in the cave every six months for the next four years, at minimum.