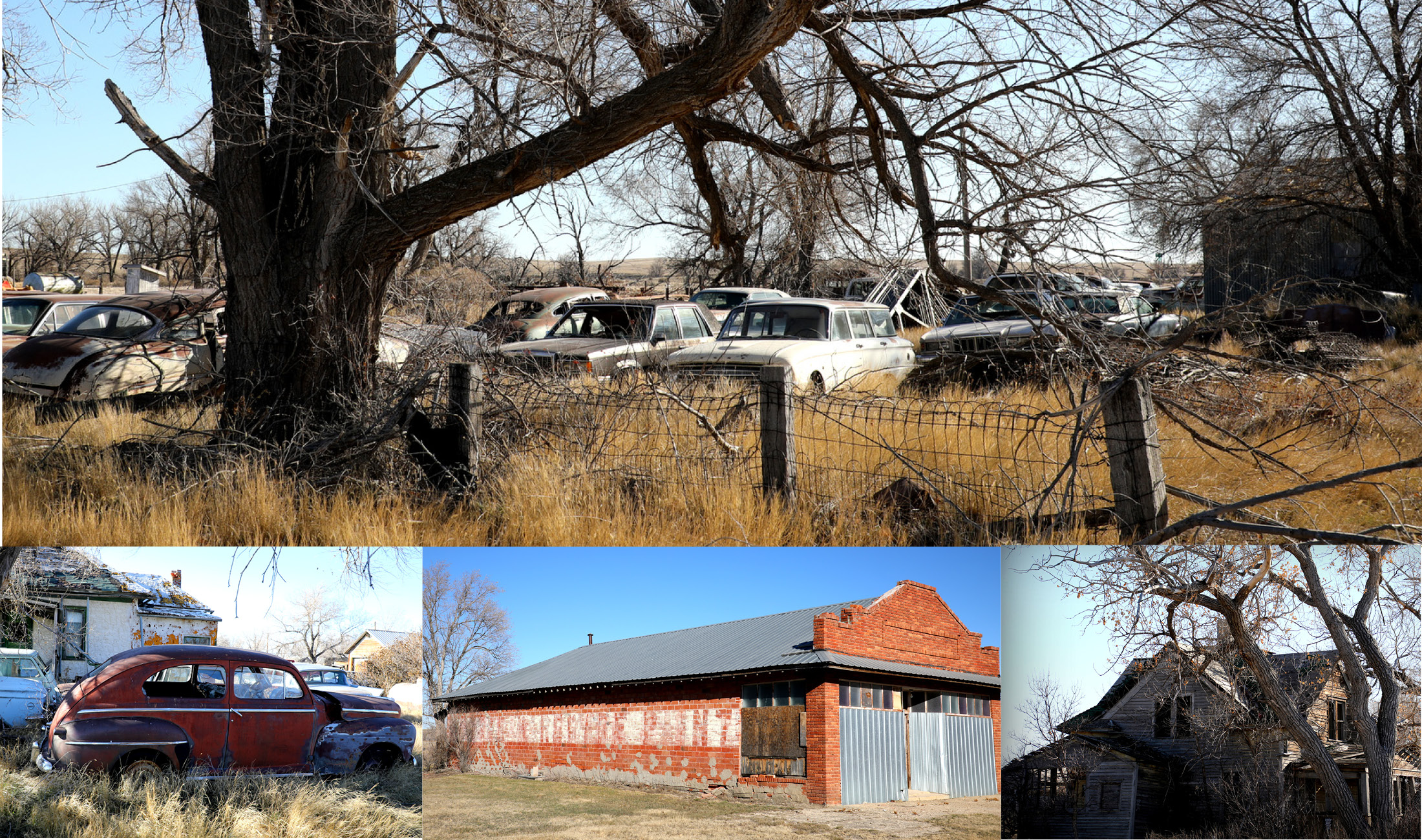 Publisher’s Note: In our newspaper’s ongoing effort to bring our readers informative and entertaining stories about our county’s unique history, this week we are featuring the community of Ardmore as the next story in an ongoing series entitled Fall River Foundations – A series of stories featuring the small towns that helped found our county, but in some cases now, have only their foundations remaining.

Near the Nebraska border on highway 71 sits the once prosperous town of Ardmore, a mere shadow of its former self and eerily reminiscent of a Twilight Zone set; boarded up businesses, and deserted once grand homes, their shattered windows the only witness to the town’s demise.

Though it appears that the citizens of this town simply vanished, that is far from the truth.

According to historical documents and local residents it was a slow and somewhat painful decline.

Connie Chaney Irwin moved to Ardmore at the age of eight in 1966 after Ardmore’s glory days, her parents in search of a simpler life with land for raising vegetables and stock to feed the family.

“We didn’t have any street addresses in town but everyone knew where everyone else lived,” she recalled. “We never had any sidewalks and as kids we would ride our bicycles around, play hide and seek and just try to stay out of trouble; it was boring as heck. We attended a one room school house until high school when we were bused to Igloo. Halloween was fun though. We used to go around to all the houses and the little old ladies would make us hot chocolate, popcorn balls and cookies.”

Irwin never went without food as her father was relatively successful with his small farm venture shored up with a variety of hunted game.

According to Irwin the town began to decline due to the lack of one basic necessity, water.

“People would move here but didn’t last very long,” said Irwin. “A lot moved away because we didn’t have any drinking water. There was running water, but no filtration system and we had to go between 20 to 40 miles to get our water, between 300 to 500 gallons at a time from different towns. It wasn’t easy. People passed away kids grew up and moved away and older people moved closer to larger towns.”

The town was founded in 1889 as a stop for the new Burlington Railroad trains yet began preparations to become a planned town years before with lots gifted to churches that would guarantee a “substantial building” would be erected on the lot.

Winters were severe in the late 1800s with many of the temperature readings being registered along the B & M railroad line. On December 22, 1892 the temperature in Ardmore was registered at 28 below, much lower than neighboring stops of Newcastle at 8 below and Custer at 16 below.

By 1893 the claim that beef was king in the area was supported by the numbers. In that year, the beef crop from the western region of South Dakota alone brought in $3,500,000 with 100 loaded cattle cars on the Burlington RR from Ardmore alone.

The company constructed a steel frame well drilling rig; the first of its kind to be erected in South Dakota.

A total of 30,000 acres of land along the Hat Creek was controlled by the Ardmore Oil Company with rights to take oil from the land.

The location of the drilling was a very cost effective endeavor as Ardmore’s train station was one mile from the Nebraska Line thus reducing costs of transportation via mule teams, wagons, etc.

By 1912 the Ardmore American boasted a total of 22 homestead entries in their Sept. 20 edition, as well as noting a local bustle to create a petition to open a highway to Ardmore creating a “good automobile road to the county seat”.

The growth and success of the area did not go unnoticed by those in Washington DC and soon the idea of a Government experimental dry-land farm was in the works for Ardmore. In the fall of 1911 United States Department of Agriculture began work on the Ardmore Dry-Land Field Station breaking prairie sod, with the first crops being grown in 1912. By September 1912 permanent buildings were being erected at the station.

The 12-year study covered different methods of crop production of both forage and silage crops as well as root crops. The animal husbandry experiment focused on investigations into shelter belt and steer grazing, cattle feeding and management practices, pasture and breeding experiments and swine investigations.

The station offered housing for many of its workers, housing that included indoor plumbing, a creature comfort not available to those living in town.

In 1927 President Calvin Coolidge and his wife paid a visit to the experimental station in Ardmore and enjoyed a small town picnic, giving the town it’s well deserved 15 minutes of fame. Yet within a matter of years, Ardmore suffered a severe drought and the experimental farm was abandoned.

1910 to 1924 was often referred to as the Golden Age of Ardmore with an estimated half of those who homesteaded around the year 1910 gone by 1924 fueling the closure of the Ardmore state bank on December 30 1924 due to insufficient reserve. The homesteaders brought with them money to improve their homesteads but when the money ran out they had to survive from what their lands produced. This proved too hard for many.

Adding insult to injury, the Burlington Railroad advanced with the times and began trading in their old steam engines for diesel in the 1930s. When the trains heading along the tracks through Ardmore turned to diesel engines, the need to stop for water along the way ceased and the trains simply kept on going, no longer needing to stop in Ardmore. The acidic water once provided to the steam engines, leaving drinking water for the citizens, was no longer a viable option leaving the residents responsible for obtaining and transporting their own drinking water.

The Refinite Corp Bentonite Pit in Ardmore, began employing residents of Ardmore in 1917; its mineral processing plant operating day and night producing water softener from an abundance of kaolin – a bentonite compound. However, the plant closed in 1951 due to a fire at the plant and did not rebuild as resin based compounds for water softening were increasing in popularity, thereby reducing the demand for bentonite.

As with many rural towns, fire was a constant threat. And on January 6, 1941 a small fire that began in a barroom stove became a raging inferno fanned by 40 mile an hour winds. The fire swept through several of the downtown businesses destroying more than half the commercial section of town. The townspeople worked together to save what they could as the snow drifts measuring seven to eight feet high prevented the Hot Springs Fire Department from supplying any aide.

Today all that remains of the once thriving town of Ardmore is a smattering of locals who are seemingly impervious to the harshness of their surroundings, buildings weathered by time and memories of those who once lived and survived within the little town that time forgot.