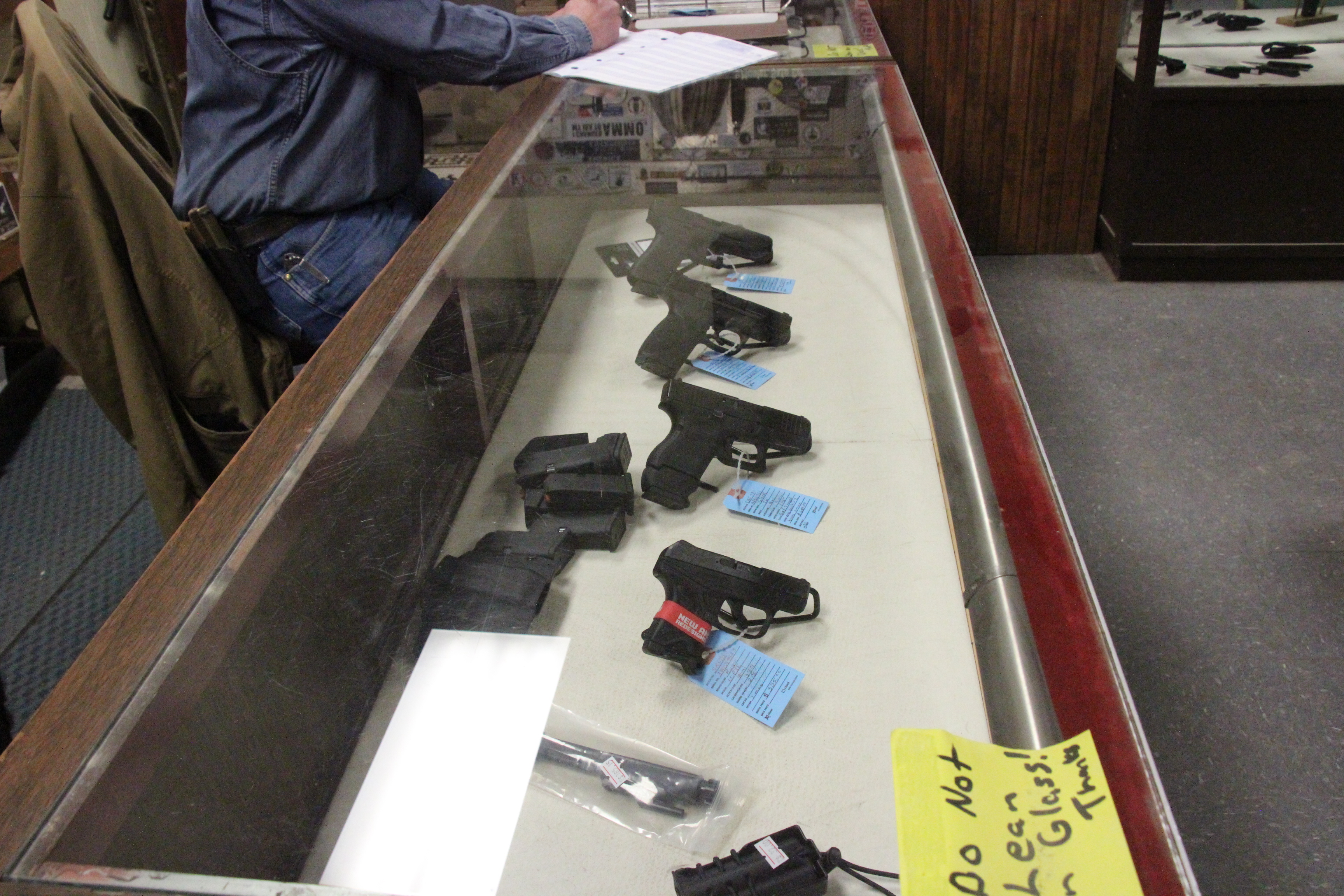 Handguns like these seen in the display case at the Gun Vault in downtown Edgemont are hard to find these days.

EDGEMONT – If you stop in the Gun Vault these days and ask Brent or Karen White if they can help you with a product request, they’ll likely have to disappoint you. So what’s the problem?

“Pretty much everything – transportation, importation, the unknown, the virus,” says Brent. “We’re too dependent on outside sources. Wholesalers have very limited supplies.”

And when something does come into the store, it probably won’t be on the shelf for very long. “Last Thursday we got in seven handguns and they were all gone in two days,” stated White.

His wife Karen, echoed similar comments, imploring those who find what they’re looking for online to not waste any time. “If you find it, order it right then or it will be gone minutes later,” she warned.

When the Whites’ place orders, they now find that for products like handguns, which are supposed to be shipped overnight, they come in days later. Companies selling ammunition will not take backorders because they simply do not know when it will come in.

“You can find powder and bullets in some shops’ inventory, but no primer,” says Brent.

He went on to say that lockdowns are limiting production for some companies, citing examples from East Coast gun manufacturers who have lost manpower due to social distancing measures, the result being reduced production.

At least one Edgemont sportsman is in agreement with White that the problem being experienced by purchasers is supply-driven. Dustin Aldrich insisted that all one has to do is contact retail stores like Scheels and Cabela’s and speak with their gun departments. Aldrich said one would learn that those stores shipments are ‘minimal’ and some ammunition types they cannot bring in at all. Efforts to obtain a response from Cabela’s were unsuccessful as of press time.

One Black Hills area ammunition wholesaler who was contacted, did not want to be identified, but shared a distinct opinion on the matter. This person suggested that the increase in the number of background checks for gun sales would indicate an increase more on the demand side than on the supply side. When asked what was driving the increased demand, the person was reluctant to point to any one factor although he mentioned COVID and political motivations as possibilities, and said that similar events have happened seven times since 1994.

A clearer message was communicated by Mark Oliva, Director of Public Affairs for the National Shooting Sports Foundation, who was reached by phone in his Washington, D.C. office. Oliva was quick to suggest that the tremendous increase in background checks indicated that many more folks were in the market for guns and thus also ammunition. A criminal background check is required each time a buyer purchases a handgun from a dealer.

Oliva also shared that 40 percent of those who bought guns so far this year were first-time buyers.