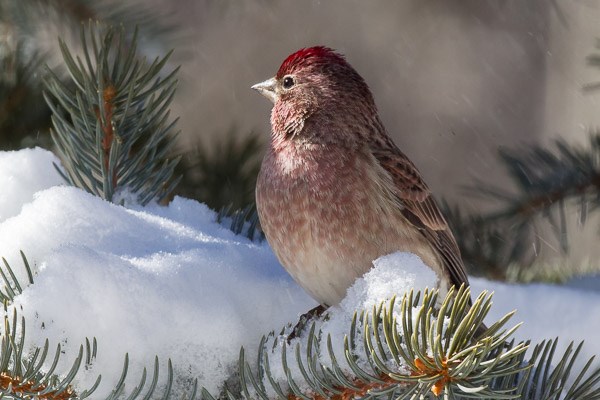 “Christmas Bird Count data provides long-term trends in abundance for wintering bird population across North America. Wind Cave National Park uses the data in a similar fashion as an indicator of health of local bird populations,” said Angela Jarding, Wildlife Biologist for Wind Cave. “We had a great turn out with a record number of people volunteering their time this year. Thirty participants counted 1,336 birds and included 37 species. This was an above average year for total counts and species recorded.”

Normally expected birds such as black-capped chickadees and dark-eyed junco were the most common birds sighted during this year’s Christmas Bird Count. However, one type of bird was seen for the first time in the 25-year history of the count.

“A highlight from the Christmas Bird Count were 13 Cassin’s finch which is a new bird species for the count and was seen inside the park,” Jarding said.

Although spotting Cassin’s finch in the Black Hills region is not totally uncommon, the birds are usually found more to the west in the Rocky Mountain region, with most migrating south for the winter.