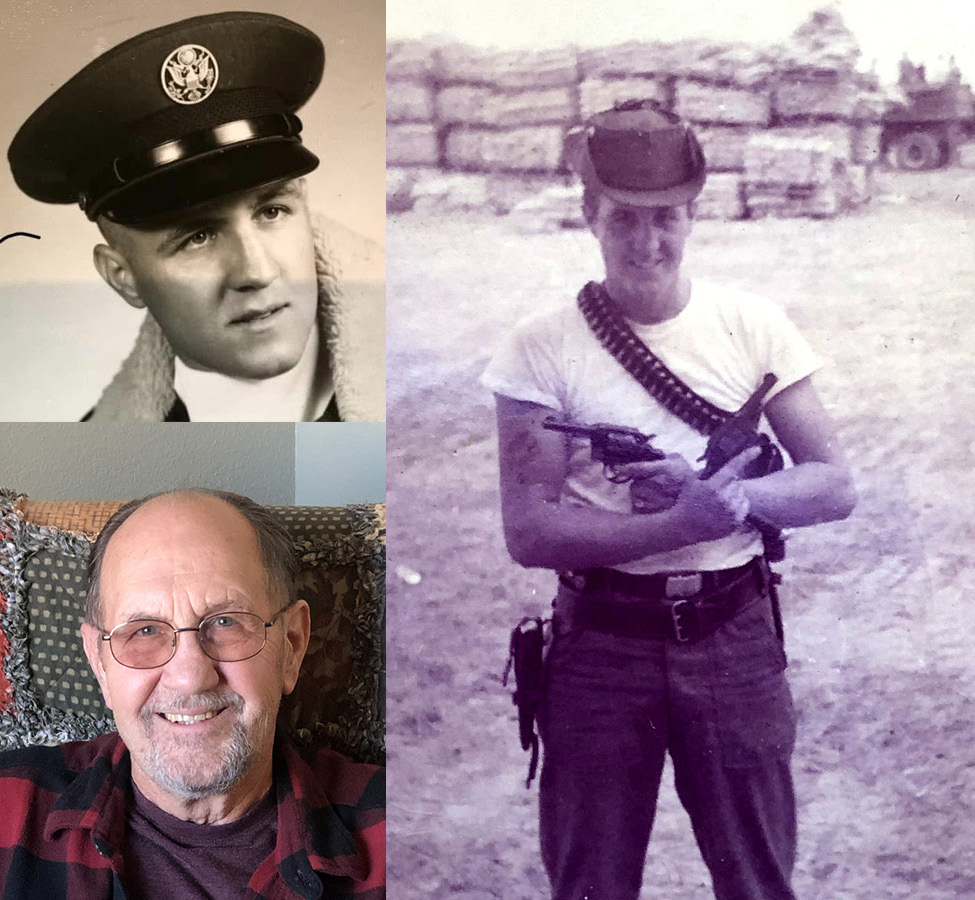 Harold Ernest “Ernie” Mowery was born May 1944 in the small town of Bellefonte, Pennsylvania.

Growing up in that small town was idyllic for young Mowery.

“We were always hiking or playing,” recalled Mowery, “as long as we were home by super time we were free to go do what we wanted.” That freedom allowed him time to perfect his aim quickly earning him the nickname “Ace”.

In school his interests varied from wrestling and football to a love of carpentry.

In 1964, after graduating high school and with rumors of a possible draft floating about, Mowery and his friend went to enlist in the United States Marine Corps on the buddy system.

“Unfortunately, they rejected me,” said Mowery.

Just six months prior to his attempted enlistment Mowery had been in a car accident which caused slight head trauma, trauma the Marine Corps was not certain had healed. “So being young I thought I would try the Air Force. I figured if they rejected me then I might not have to go. I thought that was a pretty good idea at the time, but they took me. So my friend went into the Marines and I went into the Air Force.”

Arriving at basic training at Lackland Air Force base in San Antonio Texas “I knew when we got off the bus the party was over,” laughed Mowery. “We were all dressed in brightly colored civilian clothes of the time and wild hair, they called us rainbows.”

After basic training Mowery went to Amarillo, Texas to train in air craft maintenance for the B-47; a long range strategic bomber. “But my first assignment was at Langley Air Force Base, Virginia working on C-130s, so they had to send me back to school, I went from working on jets to turbo props.”

After a year at Langley he received his first mission.

“Our first mission, a temporary duty (TDY) was to Panama for 6 months. From there we would fly loads to South America, dropping off stuff in places we weren’t supposed to be.”

Next TDY was Clark Air Base in the Philippines. “From there we flew to Saigon.”

“We would transport troops and supplies to bases such as Da Nang, Bien Hoa, Cam Ranh Bay area and more from Tan Son Nhut Air Base just outside of Saigon. We hit a lot of them.”

“We did get hit with small arms fire that left holes in the aircraft,” said Mowery. “We lost three planes from our unit from enemy fire and one from a claim of pilot error.”

C-130s were also responsible for transportation of military personnel killed in action. It was a very versatile aircraft and one capable of operating from rough and challenging runways, allowing help to get closer to the front lines. This ability also allowed the C-130s, given the amount of runway, the ability to touch and go with supplies, releasing the pallets along the runway and taking off as they were being followed by enemy fire.

“Our first air evac was near Da Nang, by the DMZ (demilitarized zone). We were a little apprehensive. I didn’t want to see someone I knew. But the reality was, once you were there you didn’t recognize anybody, just body bags, and those still on stretchers from a field hospital; it wasn’t pretty. Those were the flights you didn’t want to see on your schedule, you wished you didn’t have to go, but you had to.”

“No matter where we were it was non-stop constant noise, just constant,” said Mowery, “from aircraft to helicopters and small arms fire in the distance” at times deafening, but something everyone had to adjust to.

With the distinct capabilities of the C130 Mowery and crew were also called upon to aide in downed aircraft recovery missions.

“If another C-130 was shot down we would get in there and recover whatever usable parts we could, sometimes our supply line was a little lax and if parts were reusable we needed them.”

After six months in Vietnam he received a permanent change of station orders to Clark AFB in the Philippines and in May of 1967 he was assigned stateside to Sewart AFB in Tennessee.

In 1968 Mowery completed his four year enlistment with the United States Air Force, discharging as a Sergeant.

“Being from a small town, I had no problems coming home,” he said, “I was treated very well.”

Until he decided to go to a trade school to become a machinist. “I was in there with younger kids and they weren’t quite as nice.”

“I found out being a machinist wasn’t for me.”

Mowery returned to his craftsman roots and took an apprenticeship with a carpenters union in Flint, Michigan. Within a few years he landed himself a job at Penn State as a carpenter on the physical plant “maintaining buildings, remodeling and such”.

“I have been a carpenter all my life, I really enjoy being able to create and at the end of the day for me I could look and see what I had accomplished.”

Now Mowery focuses on more of the craft side of woodworking creating intricate art pieces.

Mowery and his wife Kathy moved to Hot Springs in 2019.

“It’s a quiet town and we definitely like the weather and the small town atmosphere, the people are wonderful.”