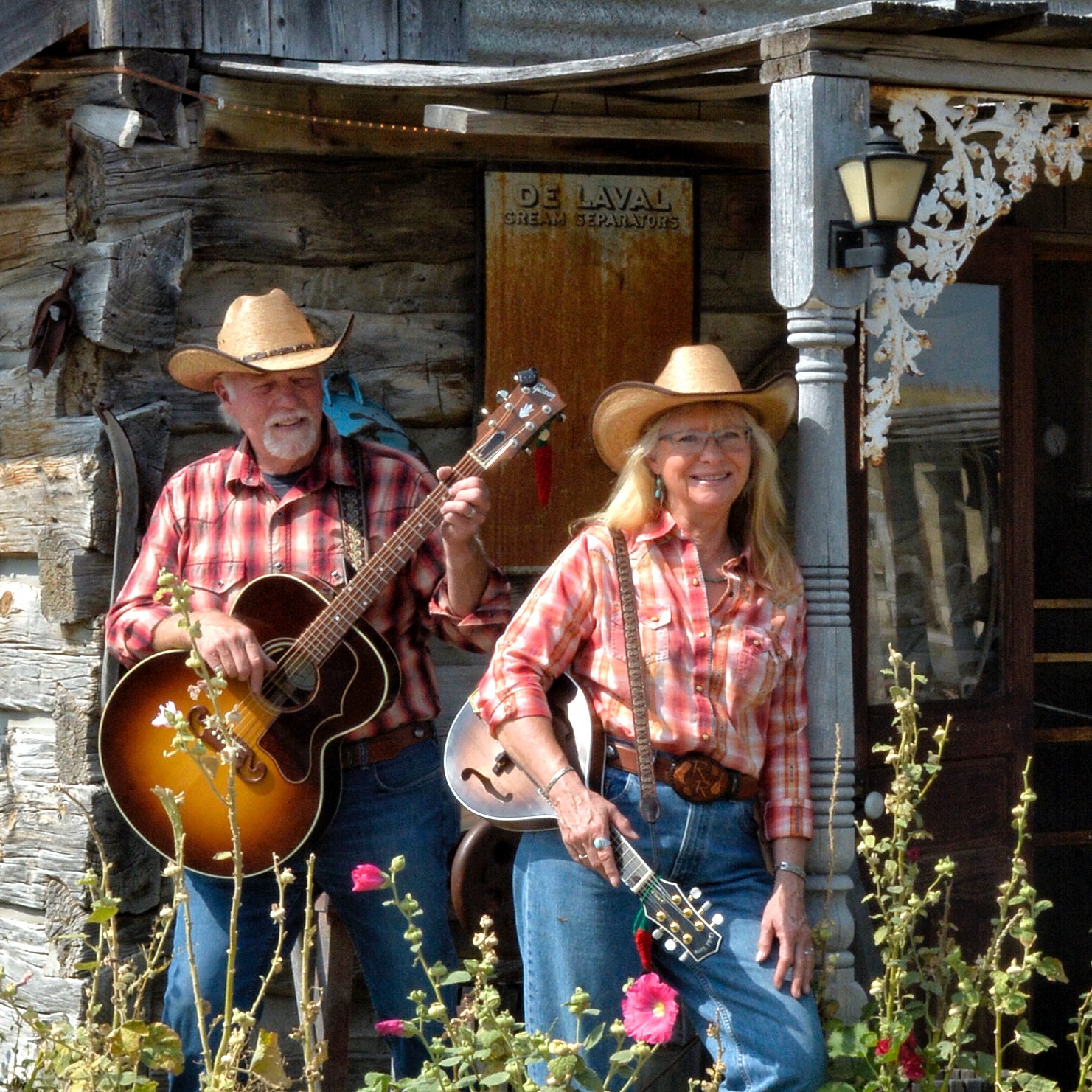 Brad and Bonnie Exton, pictured here, are the Ramblin’ Rangers. The name comes from the couple’s time spent working as park rangers throughout the western United States for more than 30 years.

The pair of musicians met and started performing together in the fall of 2006 while providing musical interpretive programs at Grand Staircase-Escalante National Monument in Utah.

The name Ramblin’ Rangers comes from the couple’s time spent working as park rangers throughout the western United States for the National Park Service, Bureau of Land Management, and the U.S. Forest Service.

“We stay true to our name...we are ramblin’ all the time,” said Brad.

The husband-wife duo has performed at various large festivals and famous venues such as at the North Dakota Cowboy Hall of Fame in Medora, N.D., the Western Legends Festival in Kanab, Utah, and here in South Dakota at the Buffalo Roundup at Custer State Park.

From 2003 to 2006, Brad lived in the Black Hills while working for the Forest Service and during that time bought property near Hot Springs.

In 2007, Brad and Bonnie were invited to perform at the Badger Clark Cowboy Poetry & Music Gathering here in Hot Springs. It was Bonnie’s first time traveling to South Dakota. After their visit, the couple ultimately decided to make Hot Springs their home.

“One More River to Cross…” is Brad and Bonnie’s third full-length album and was recorded at Great Sky Studios here in Hot Springs.

“Jarrett brought the album to life and added the background sound effects to make you feel like you are on the trail,” said Bonnie.

From start to finish, “One More River to Cross…” tells the story of the life of cowboys on cattle drives through music as well as short personal narratives.

“We wanted a ‘boots on the ground’ sound,” explained Brad. “Riding on the trail. Sitting around the campfire singing. The sound was made to make you feel as if you were sitting right there around the fire.”

“The entire album is a dramatization...bringing the lives of cowboys on the trail to life. We like to tell stories through song. It’s kind of a mini-history lesson,” said Bonnie.

While searching on the internet for an appropriate picture for the front cover of their new album, Bonnie stumbled across an image of cowboys driving cattle across a river.

The image was “A Drove of Texas Cattle Crossing a Stream,” an old woodcut from an 1867 edition of Harper’s Weekly, a magazine that was based in New York City from 1857-1916.

After researching who owned the rights to the image, the Star of the Republic Museum in Washington-on-the-Brazos, Texas, granted the Ramblin’ Rangers to use the image on the front of their new album.

“One More River to Cross…” was released this past summer and is available digitally on streaming platforms such as iTunes and Spotify and will be available soon at retail stores such as Target and Best Buy.

In July, the album entered the International Western Music Association’s quarterly chart of its 30 top-albums at #15. By October, it rose to #4.

Due to the ongoing COVID-19 pandemic, the Ramblin’ Rangers, who usually perform approximately 60 shows per year, have only had a limited amount this year.

Despite this, Brad explained, “We want to keep western music, culture, and cowboy poetry alive.”