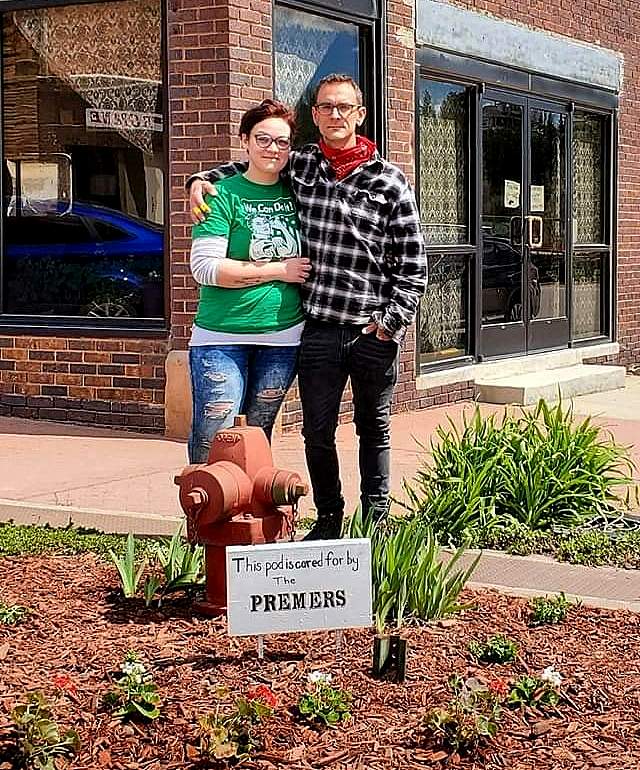 This year’s People’s Choice pod winner was cared for by Matthew and Megan Premer, formerly of Hot Springs. The couple’s pod was located just outside Body Count Tattoo, but was unfortunately partially covered up by barricades for part of the summer due to the Jennings Bridge construction.

Since the summer of 2006, the non-profit organization and its volunteers, the Pod Squad, have maintained 26 street corner pods that are filled with plants, flowers, and other greenery throughout the downtown area.

In a normal year, KHSB holds its annual banquet at the Red Rock River Resort with an evening filled with food, recognitions, speakers, and an award ceremony. During the event the organization also summarizes its accomplishments of the year and lays out its plans for the future. However, due to the ongoing COVID-19 pandemic and rising case numbers in the surrounding area, KHSB’s 2020 banquet was cancelled.

Even without a banquet, the People’s Choice Award was decided on and this year’s winners are Matthew and Megan Premer, formerly of Hot Springs. The couple’s pod was located just outside Body Count Tattoo.

“During the year [the pod] was absolutely beautiful and filled out really nicely,” said Beth Spitzer, President of KHSB.

This is the first time Matthew and Megan worked together on the pod. Matthew has been taking care of the pod since 2017 and married Megan in May of this year. The couple has since moved to Rapid City and work in the healthcare industry.

As for the future of the pod program, KHSB has an organized plan.

At some point in the spring of 2021, the two-year road construction project will be starting on Highway 385 that runs through Hot Springs and the downtown area. Due to the project, all of the current KHSB pods will be torn up.

The South Dakota Department of Transportation requested that the KHSB pods be cleared out this fall, which has already been completed by the organization.

KHSB has secured a location on private land that is fenced-in with access to water that will be used for the duration of the downtown road construction project. Volunteers recently worked hard to prepare the temporary site by tilling, adding compost and dirt, and sectioning off areas to make a grid system, with each former pod assigned its own section.

As of now, KHSB is planning on utilizing the new temporary site for two years, or however long the construction project takes. When the road is completed, the organization expects to restart the pod program in the downtown area with fewer than 26 pods but each pod will be larger.