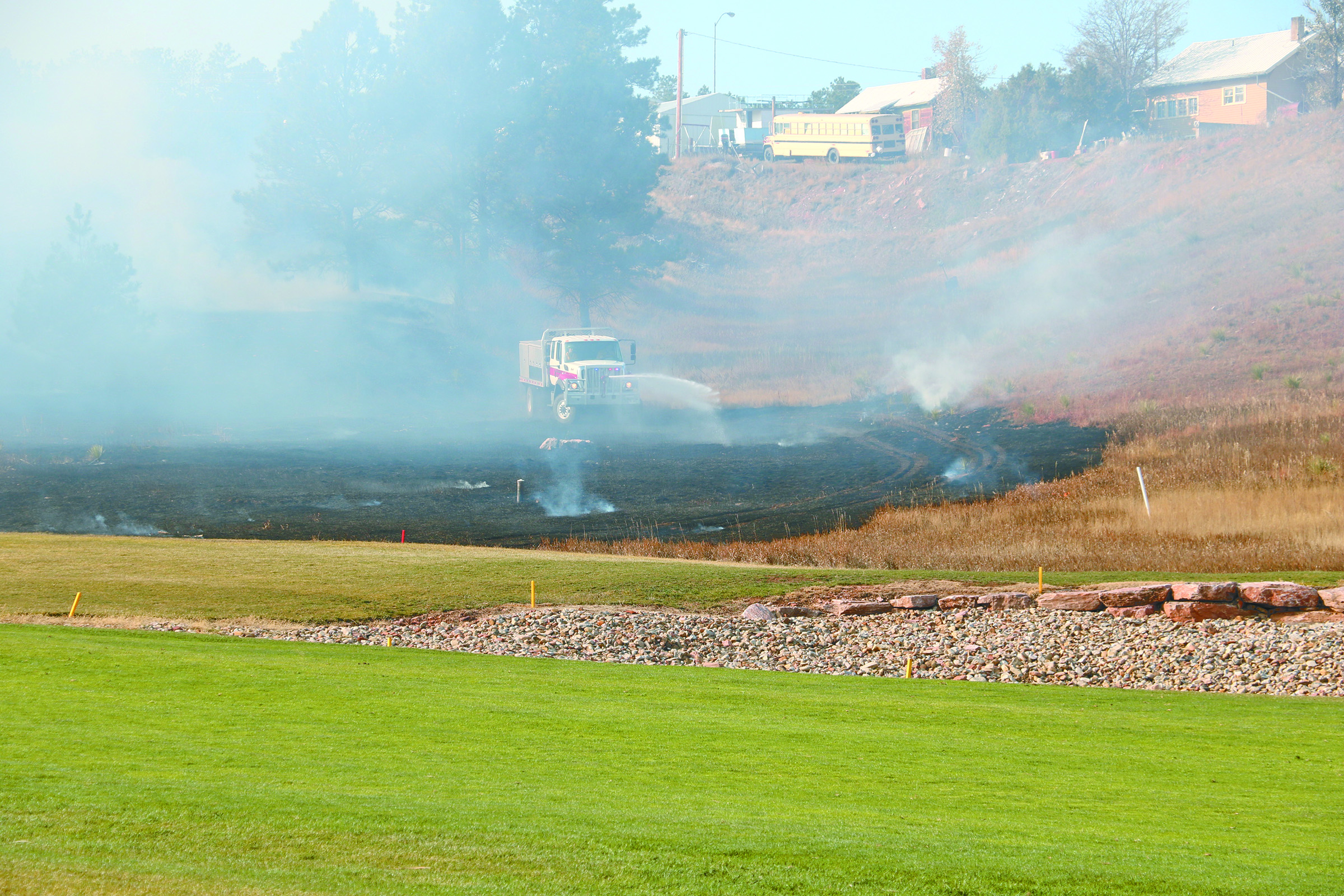 A Hot Springs Volunteer Fire Department vehicle works the perimeter of a 2.2 acre fire which burned along the north side of the 16th fairway at Southern Hills Golf Course this past Saturday, Oct. 31.

HOT SPRINGS – The Hot Springs Volunteer Fire Department responded to a wildfire at Southern Hills Golf Course this past Saturday, Oct. 31, around 2:30 p.m., which burned 2.2 acres of mostly grass and some small trees.

Hot Springs Fire Chief Dar Coy said the fire was human-caused, but the exact means of ignition is undetermined.

He said it started somewhere in the rough along the north side of golf course’s 16th hole, whichis located near Pine HillsRetirement Community. With high and swirling winds in the area, the fire burned to the south until it met the green grass of the hole’s fairway. It also burned uphill, to the north, towards the nearby Wynia residence. Coy said the fire came within about 75 yards of the home.

Most of the land charred black by the fire was private property, with some of it being city-owned golf course property.

With temperatures in the 60s, several golfers were on the course during the fire. One golfer, Dave Batchelor, said his group first heard the fire sirens while playing on the 15th hole. By time they got to the clubhouse on their way to the 16th hole, heavy smoke was visible blowing over the course.

Course Superintendent Jason Happe said he did not think any significant damage was done to the course since it was confined to the tall, native grasses of the nearby rough. While there were some smaller cedar and juniper trees that burned, Happe did not think their loss would negatively effect the play of the hole in the future. 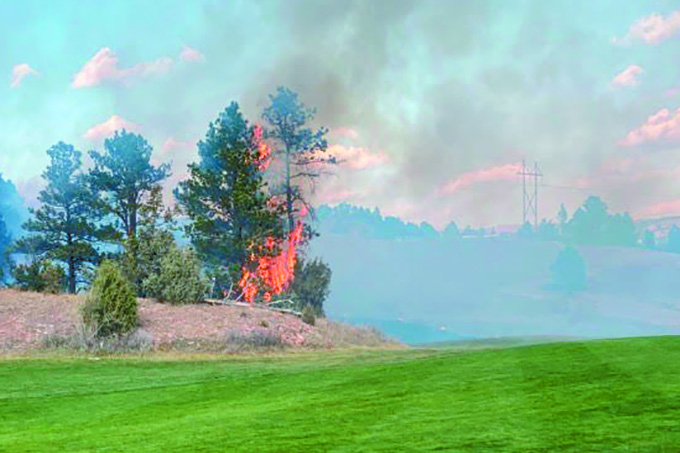