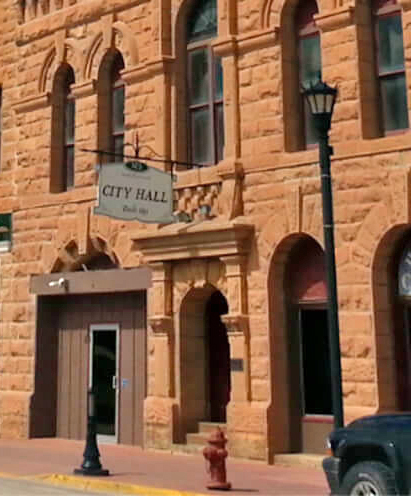 HOT SPRINGS – After 13 months of considering the changes – and going back-and-forth between the Public Works and Public Safety Committees – the Hot Springs City Council this past Monday night, Nov. 2, passed Ordinance 1219 which revises a portion of the city’s traffic regulations.

In an interview last week prior to the council’s approval, Hot Springs Mayor Bob Nelson said the primary motivation for making the revisions was to address parking issues throughout the city and to make violations of the ordinance more enforceable. Some of the changes to the ordinance include specifics regarding how and when vehicles can be parked to make them less of an issue for street sweepers, snow removal equipment and general nuisances for neighbors.

The two primary revisions involve the parking of oversized vehicles along with recreational vehicle trailer parking.

(1) Commercial or private vehicles or combined vehicle and trailer with a total payload capacity exceeding 5 tons, shall not be parked on any public street, highway or right-of-way for more than 72 hours and shall comply with all provisions of Title IX – General Regulations, Chapter 95 Nuisances §95.70: NOISE.

(2) This section shall not apply to those commercial vehicles temporarily parked for loading or unloading freight or merchandise; or in an emergency response.

Mayor Nelson said this portion of the ordinance was first discussed about 18 months ago when a city resident was routinely parking a large refrigerated trailer on a city street and leaving the compressor running 24 hours per day, which disturbed the neighbors and caused a number of complaints to come into city hall.

Originally, the new wording in the ordinance had banned all vehicles from parking on a city street, unless loading or unloading freight. However, during the ordinance’s first reading on Oct. 20, councilman Wes Grimes requested that wording be added to allow for drivers of those vehicles to park in town temporarily (72 hours) if they were simply coming home for a few days or visiting. This concession was then unanimously approved by the council prior to the Second Reading, provided all other noise ordinances were followed.

Regarding RV’s and Trailers, Section K of the ordinance, now states:

(1) No person shall park and leave standing on any public or private street, alley or public property any recreational and/or leisure vehicle includes trailers for more than a reasonable amount of time (3-weeks) without written approval of a time extension provided by the Development Coordinator (aka. Code Enforcement Officer) or Police Dept. For purposes of this section a “recreational vehicle” means a vehicle for the conveyance and/or shelter of persons or goods for purposes of leisure-time activities, including a motor home, travel trailer, van, truck camper, camping trailer, boat, or off-the-road vehicle.

The changes to the ordinance officially go into effect on Nov. 25, which is 20 days after being published in this, the city’s official newspaper (see page B5). At the council meeting on Monday, Mayor Nelson said city personnel will begin attempting to bring the changes to the attention of specific city residents who currently have RV’s and Trailers parked in areas which will be in violation of the new ordinance. Mayor Nelson pointed out the enforcement of the violations are in direct relation to need for proper snow removal between the Nov. 1 and March 31 dates stated in the ordinance.

Also during the Nov. 2 city meeting, the council approved the hiring of Officer Jennifer Winscot as the new full-time Police Captain at an hourly rate of $23.75, effective Nov. 3, 2020. Winscot replaced Bill Wainman who retired last month.

The approval to hire Winscot came after an approximate half hour executive session for personnel. Once the full council reconvened a motion was called for by Mayor Nelson to approve the hiring of Winscot. Councilman Bill Lukens then asked fellow Councilman Wes Grimes if he had conflict of interest in regards to the hiring of Winscot, to which Grimes replied by saying he would not answer the question.

When the roll call vote was taken, Grimes abstained from the vote while Councilman Craig Romey voted ‘No.’ All others voted in favor of the hire, which allowed the motion to pass by a margin of 5 to 1, with one councilman, Dave Burris, absent from the meeting.

During Committee Reports, Councilman Craig Romey said the Public Works Committee has determined the fees moving forward for mobile food vendors to rent space across from the Evans Plunge, where the Red Shed Smokehouse had been operating this past summer. He said the newly established fees will be $60 per week, or $175 per month.

Romey also said the committee discussed the need to burn brush piles at the city dump. Mayor Nelson also commented on the plan to burn the brush and said that the timing of the burn will be in conjunction with input from some the neighboring landowners, specifically Fall River Health Services.