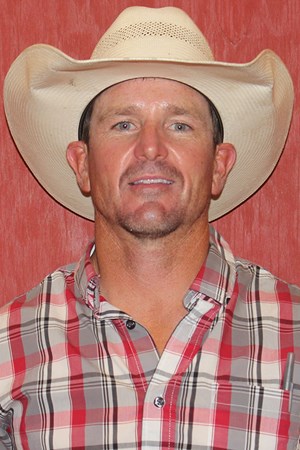 HOT SPRINGS – Dustin Luper, who operates a ranch south of Hot Springs on Highway 71, presented ideas for developing a packing plant in Fall River County to the county commission on Tuesday, Oct. 20. He said a group that is planning the plant chose Fall River County mainly because they want to locate the plant on a piece of land near the Fall River County Feedlot and tap into the rural water system. Luper teaches full-time and coaches rodeo at Chadron (Neb.) State College.

They have formed a co-op and invite whoever wants to be a part of the project, including surrounding states. Luper explained further why the co-op wants a plant located here.

With big plants “there’s a disconnect between pasture and plate,” Luper said. We want a local plant “in order to keep our roots and western way of life.”

Also, at the meeting was Cody Pekron, who owns the Black Hills Meat Company on North River Street in Hot Springs. He told Luper and the commissioners that starting a plant will be difficult. Luper responded saying he knew it would be a step-by-step process and that in no way do they want to compete with Pekron’s business but rather work together.

Commissioner Joe Falkenburg said the co-op needs a grant writer. Commissioner Deb Russell said the Black Hills Council of Local Government would be meeting that Thursday. “I will see what’s available for help with infrastructure,” she said. “You need to explain what you’re doing is different from the local locker.”

Present in the audience was Jim Angell of Edgemont who asked Luper, “Where are you going to get workers?”

“We want to have good employees with a good wages and insurance,” Luper said. He said they plan to start small, with about 25 employees, with a vision to grow.

“We also want to include education, so people can see where our food is coming from,” Luper said. “We want to give consumers what they want, but we want to educate them, as well.”

When Pekron said the profitability is not there, Luper responded by saying, “Our main source of income will be funneled to our employees, and we want to sell our beef statewide and take it out of the state … it will be USDA inspected.” Luper added, “We have a marketing scheme.”

When the discussion turned to the need for good work ethics, Commissioner Russell said, “I think we’re going in the right direction: people need education in the trades.”

Speaking to Cody Pekron, Commissioner Joe Falkenburg said, “We need people like you. It would be wonderful to have a place where we could sell our own beef in the county.”

Commissioner Paul Nabholz said to contact the School of Mines for support, and to talk to S.D. Sen. Tim Goodwin.

After this discussion, the commissioners turned to other agenda items.