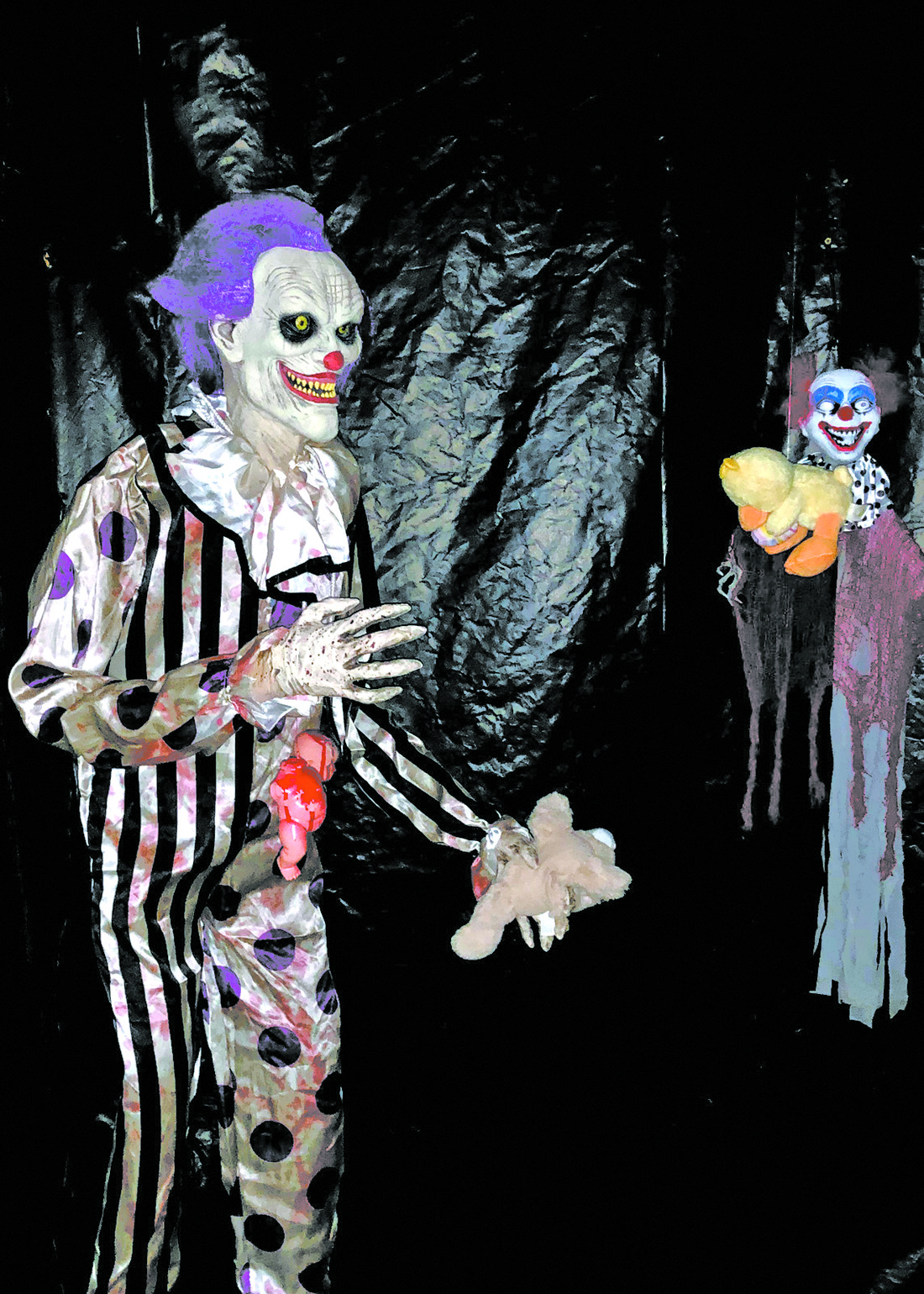 Creepy clowns stand in waiting to frighten those who ventured in the American Legion Haunted House.

This year, as in years past, Kim Casper has overseen the artistic direction of the event.

“I have allowed my creativity to run wild,” said Casper, prior to this past weekend's haunted house on Oct. 31. “Each year I try to out-do the previous year. I enjoy the fantasy and thrills of Halloween, but more importantly I love making people happy and with all the craziness happening in the world I hope to bring some happiness in the midst of hard times.”

Though Casper began in early September designing and decorating she is not alone in the creation of this frightful event.

American Legion Riders – Battle Mountain Post 71 - sponsor the event as well as contribute volunteer time and security the day of the event. The American Legion Auxiliary provided cookies, hot cocoa and safe Halloween coloring books for the children and coffee for the adults.

The US Military Veterans Motorcycle Club out of Sturgis also contributed time to the event with acting, designing, creating and more.

While coming up with new themes each year proves to be a challenge for Casper the ultimate goal is a frightful fun time. “If they’re screaming and smiling when they come out and go through a second time, we’ve done something right.”

This year, trunk or treat was added to the haunted house where children could visit the decorated trunks of participants’ cars for treats.

“I am so thankful for everyone who has volunteered and sponsored this event, and also to the community for the continued support,” said Casper.

“We are happy to sponsor the Haunted House,” said Mark Frevert, Adjunct Battle Mountain Post 71. “Kim has been the motor driving this event with all her imagination yet we have a common goal, to give the kids of the community something to do that is safe and fun.”