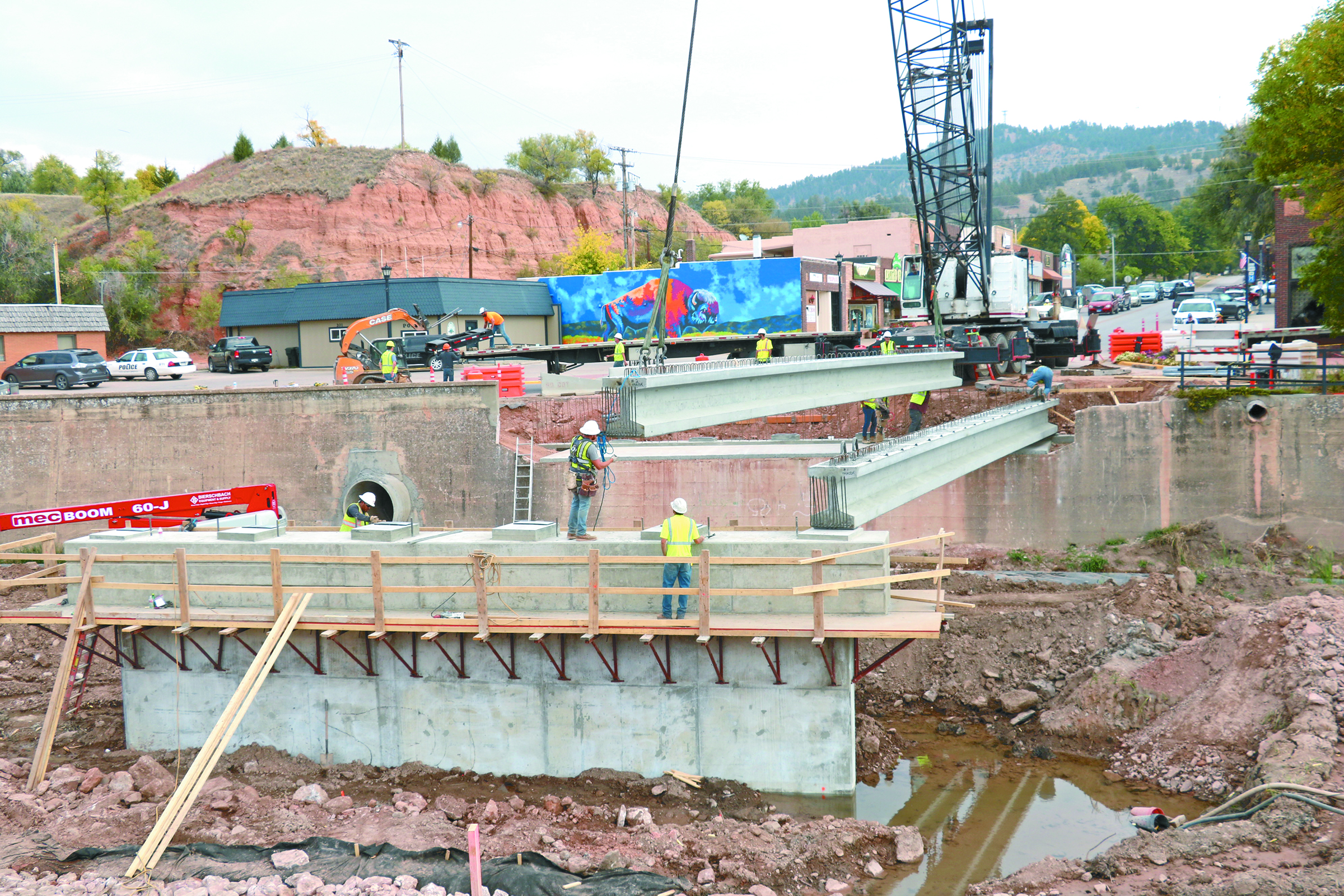 Crews with Dietzler Construction, along with some other subcontractors, work to place the second of 12 concrete girders – each 61 feet long and 39,000 pounds – which will hold up the new Jennings Avenue Bridge.

HOT SPRINGS – Work on the Jennings Avenue Bridge replacement project is progressing on schedule, according to Logan Bloemer who serves as the Superintendent on the job being performed by Dietzler Construction of Berthoud, Colo.

“It’s been going smoother than most,” said Bloemer, while adding that the plan is to be completed by Thanksgiving next month, after beginning on it in mid-July.

This past Monday marked a big day in the Jennings Bridge construction which is when crews began placing the large 61-feet long x 3-feet tall concrete girders. Each one weighs 39,000 pounds, Bloemer said, and were set into place using a large crane being operated by Constructors Service from Gillette, Wyo.

The bridge features a total of 12 girders of this size – six on each side of the center concrete support. Half were place on Monday with the other six placed on Wednesday. Their installation required flaggers to stop traffic temporarily through town on Hwy. 385 while the crane unloaded the girders from semitrailers.

Bloemer said the next big stage of the bridge construction project will be the pouring of the deck, which will take place later this month.