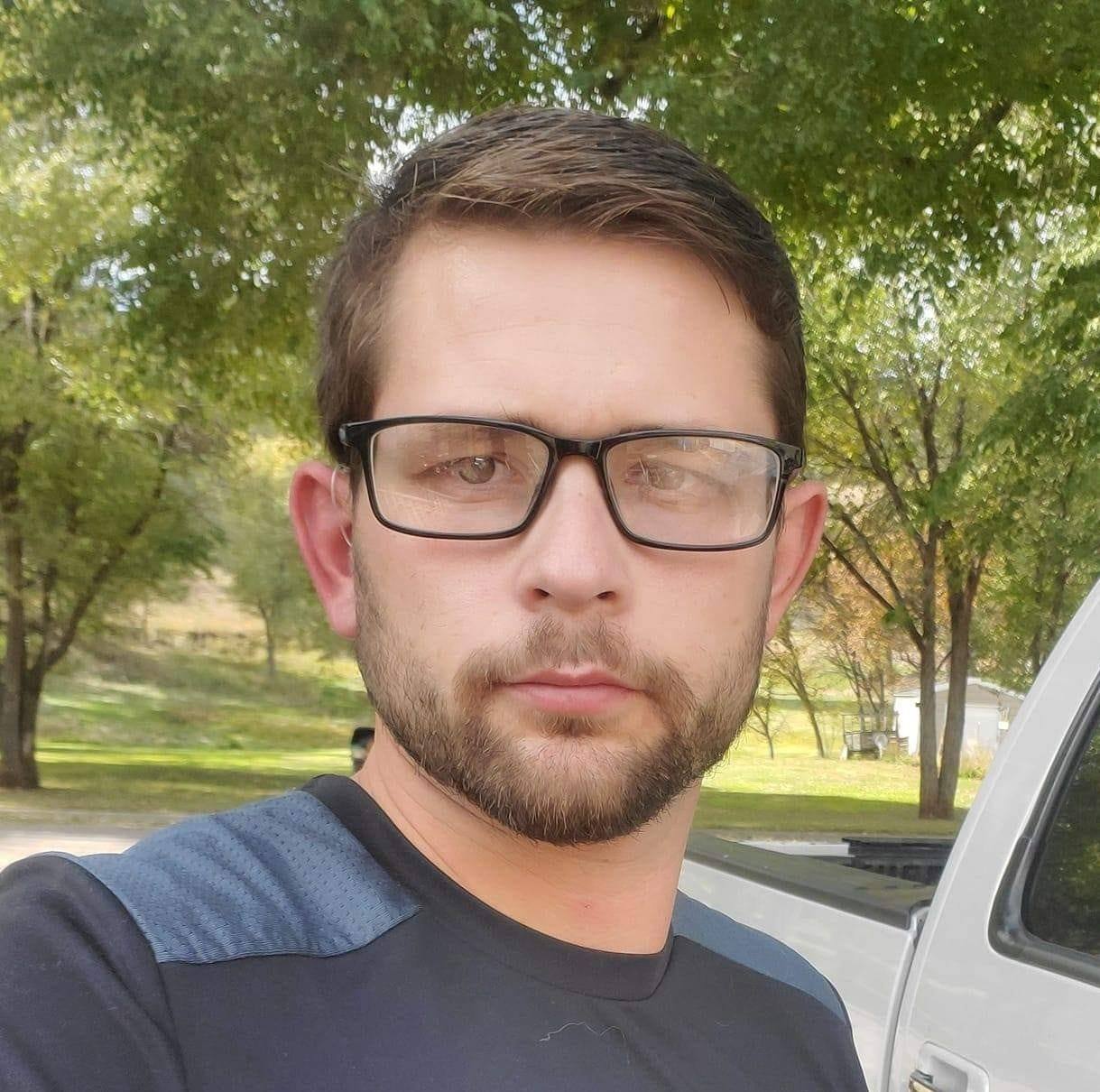 HOT SPRINGS – Eric Peet, 31, of Hot Springs was arraigned in Fall River County Court last Friday, Oct. 2, on a total of 14 felony charges involving sexual misconduct with children, for which he pled not guilty to each.

The charges include nine counts of First Degree Rape with a child less than 13 years old, which are Class C felonies and carry a maximum of life imprisonment and an optional fine of $50,000 per charge. He was also charged with five counts of Sexual Contact with a child under the age of 16. These are each Class 3 felonies and carry a maximum of 15 years in prison and an optional fine of $30,000.

Scott Roetzel with the Attorney’s General Office is prosecuting the case. Based on the charges read by Roetzel during the arraignment, the aforementioned offenses occurred between Jan. 19, 2014 and Oct. 1, 2019.

Peet is being represented by Court Appointed Attorney Angela Colbath of Rapid City, who is already representing Peet in two other matters, according to court records within the South Dakota Unified Judicial System.

Peet, whose former address was 1314 Scofield Street before selling it on Sept. 1, is also being represented by Colbath on a charge of violating a permanent order of protection against stalking, which is a Class 6 felony and carries a maximum of two years of imprisonment and an optional fine of $4,000. Based on court records, there is a Competency Hearing for that charge set for Dec. 4, 2020. The initial arraignment on the charge of stalking was held Sept. 4, 2019.

Peet, who is self-employed and recently purchased the former Odd Fellows Lodge historic building in downtown Hot Springs at 141 S. Chicago, has been arrested on numerous other violations over the past seven years, including a total of 14 traffic violations and also multiple Violations of a Protection Order Stalking/Physical Injury. For the latter charges, he was arrested four times, according to court documents, including on June 15, 2018; July 31, 2018; Sept. 18, 2018; and June 29, 2019. Each time, Colbath was his court appointed attorney.

Peet’s most recent arrest for the nine charges of rape of minor and five charges sexual contact with a minor was administered by Hot Springs Police Chief Mike Close and occurred on Monday, Sept. 28, at his place of business at 141 S. Chicago.

Close acknowledged the attention Peet’s arrest has had on social media and encourages the public to allow the judicial system to do its job and that Peet is innocent until proven guilty.

Fall River County State’s Attorney Brian Ahrendt, who is working with the Attorney General’s office on the prosecution, said he thanks local law enforcement for doing a “very good job” to help his office put together what he described as a “decent case” against Peet.

Ahrendt also urged the public to be patient and allow Peet to have his day in court so that justice can be served.

Ahrendt will be leaving office on Dec. 31, 2020, and moving to Sioux Falls to rejoin his family. He said the case will be lengthy and continue well past his time at the Fall River County State’s Attorney. Lance Russell will take over the position on Jan. 1, 2021.