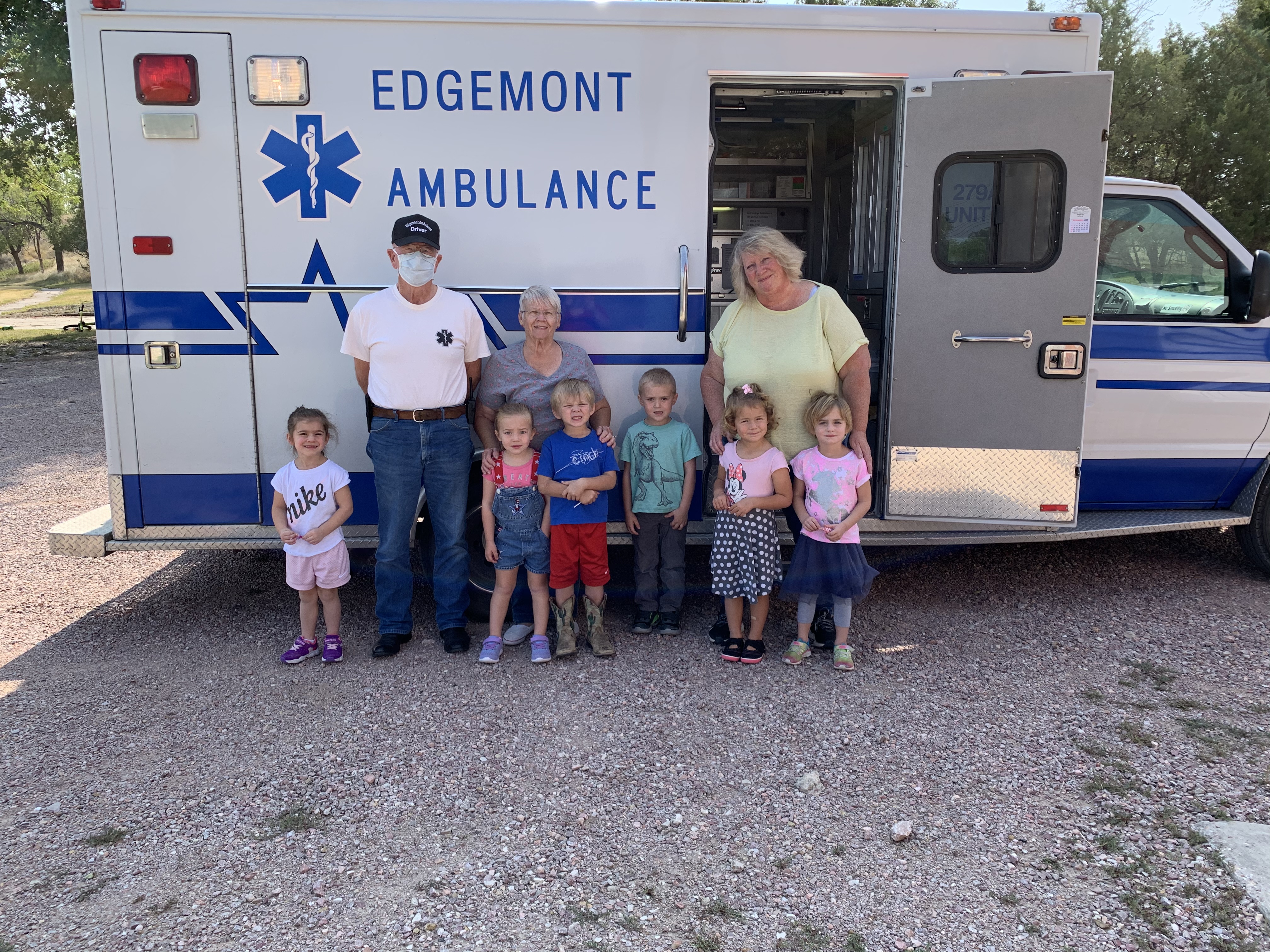 EDGEMONT – Every year, former EMT Gay Darrow and her husband George, who still volunteers as a driver, give kids who attend the Edgemont Children’s Center a tour of the ambulance. Gay feels that spending time with young children to shape their view of emergency personnel and the equipment they use is important for a couple of reasons.

“A big thing to get across is for them to not be afraid of the ambulance people. We want to be there to help,” says Darrow, while adding that children who need treatment or might have been present when emergency personnel appeared at a scene to help a family member might have experienced fear or trauma due to the sirens, lights and action associated with emergency situations.

Another point that is stressed to youth is that it is important for them to make way for emergency vehicles coming in their direction and that the purpose of the sirens is to give them as well as other drivers sufficient time to move out of the way so that the emergency vehicle can reach its destination as soon as possible.

If experience is the best teacher, then the Darrows should have plenty to share with younger members of the community. Gay is a retired EMT of 32 years but remains involved as secretary of the Edgemont Volunteer Ambulance Service. George has driven as a volunteer for over 25 years.

Amy Stokes who works at Edgemont Children’s Center says that it gives the children some familiarity with emergency workers and their equipment, an experience that is both informative and something they seem to enjoy.

“After the tour, George drives us around town and sounds the siren,” says Stokes. “It is very loud! When we return, we have a better understanding of how community helpers are important to us.”