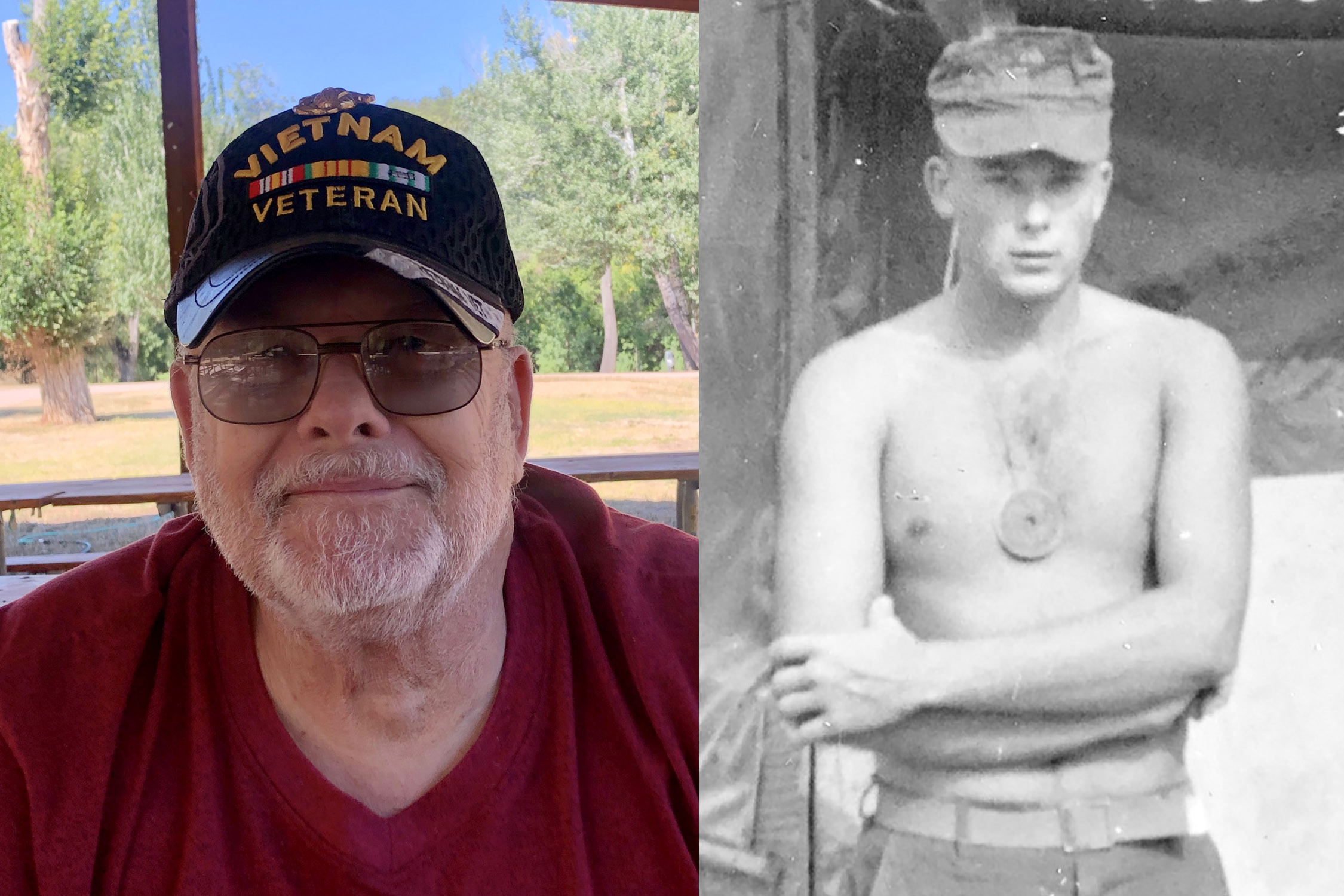 Lance Burgan, now of Hot Springs, started his life in Minnesota, the middle child of three, yet by the age of five his new home became Arizona.

When Burgan began attending high school he found he enjoyed playing guard on the football team, a skill that would benefit him later in life.

After a few years in college Burgan decided there was something more he needed and more he could accomplish. So, in 1964 he enlisted in the United States Marine Corps.

“I was proud to join,” he recalls. Though the USMC did not draft he discovered they had their own way of obtaining more recruits.

“I remember standing in formation, all three of us who had enlisted, at the airport and the draftees for the Army, standing in formation, on the other side of the room. My Sergeant went along the rows and kept counting the men to five. Each man that was a number five was asked to step forward. As they did they were informed they were now a United States Marine. I never saw guys cry like that,” he laughed.

After attending boot camp in San Diego and advanced infantry training (AIT) at Pendleton Burgan’s first duty station was Naval Air Station (NAS) Alameda as security at which time he volunteered to go to Vietnam.

“I never told my mother I was going to Vietnam, but my Captain sent her a letter, that’s how she found out.”

Burgan arrived in country April 1967 with the 1st battalion 5th Marines in I Corps. “It was hotter than hell,” he said, “I mean really hot.”

Corporal Burgan, a rifleman, was considered one of the “old guys” at 21 years old.

April 1967 was a volatile time to land in country. That month saw the largest push of US Army units from South Vietnam to the I Corps to replace Marines in southern I Corps who moved further north to combat North Vietnamese aggression near the demilitarized zone (DMZ). That year also saw the highest death rate among soldiers to date in the war.

After surviving his first month in I Corps, Burgan was finally able to write home, using the back of a sea ration box for paper.

Letter writing was to become a distant memory as he spent much of the next three months “moving around” to locations such as Da Nang and Que Son, ultimately out into the boonies (jungle and swamps).

“Our first operation we were ambushed,” recalled Burgan, “that was fun.” He said with sarcasm; a language many combat veterans use to cope with memories.

“We were going up a hill and were ambushed on the other side by NVA troops which had dug trenches on the other side. I had rounds going by my head and hitting next to me in the dirt. The corporal next to me with a M79 grenade launcher got wounded. I grabbed ahold of that M79 and I just started firing down into the trenches. I must have looked crazed because my platoon leader kept asking me if I was OK? It was adrenalin induced fire power.”

After that engagement Burgan began feeling as if he had a sixth sense.

“I would walk point a lot, I don’t know why, but I could feel when something was wrong, I just knew when to tell everyone to get down.”

After being in country a few months Burgan picked up Sergeant.

“I actually picked up Sergeant in the middle of the night. I thought I was in trouble because the Captain started chewing me out and took my Corporal chevrons off. Then he replaced them with Sergeant chevrons.”

There was no celebration.

“After being there four months I really thought I would never make it home, not alive.”

So in December when the offer to get thirty days leave if he extended his deployment six months was offered he grasped at it.

“I wish I hadn’t taken it. Not because of the additional six months but because when I returned to Hue, I didn’t know anyone, everyone I knew, my brothers, were either killed or rotated.”

In January 1968, while Burgan was on leave the Tet Offensive began; a coordinated series of attacks on more than 100 target locations in South Vietnam by North Vietnam troops and sympathizers.

During his 19 months in country, with 9 operations under his belt, Burgan has blocked out much of his time. “Five things happened in the first three operations that blocked all other memories out.”

Memories he does recall he prefers to keep between himself and his God.

Returning home Burgan landed in San Francisco to chants of baby killer and hatred from the country he fought for. “I remember we were all in uniform when we got off the plane and this gal spit on an Army Sergeant’s face, out of reaction he cold cocked her, all the other hippies backed up, but guess who got in trouble? That’s right, the Sergeant.”

Burgan returned to Minnesota, married, had a daughter and worked for a local hardware store until 1974. But found he missed the military. “It was like my family, though I had lost most of my family.”  He joined the Army Reserves for eight years followed quickly by re-enlisting in the USMC for six years.

After his military service Burgan delved into the world of law enforcement yet one night found himself on the wrong end of a criminal high on drugs. “After we went to the ground he attempted to swing his leg at my head, I put my arm up to deflect the blow which severely injured my arm and left me unable to work in law enforcement.”

At this point in his life he felt the need for solitude and bought property in Alaska 55 miles from the nearest town where he built a small cabin. It was in Alaska where he visited the local Veteran Service Officer who gently guided him to PTSD programs at the Hot Springs South Dakota VA; the same programs which helped him regain his life.

Hot Springs has now been his home for more than a decade. A home where he can relax, fish, read and enjoy.