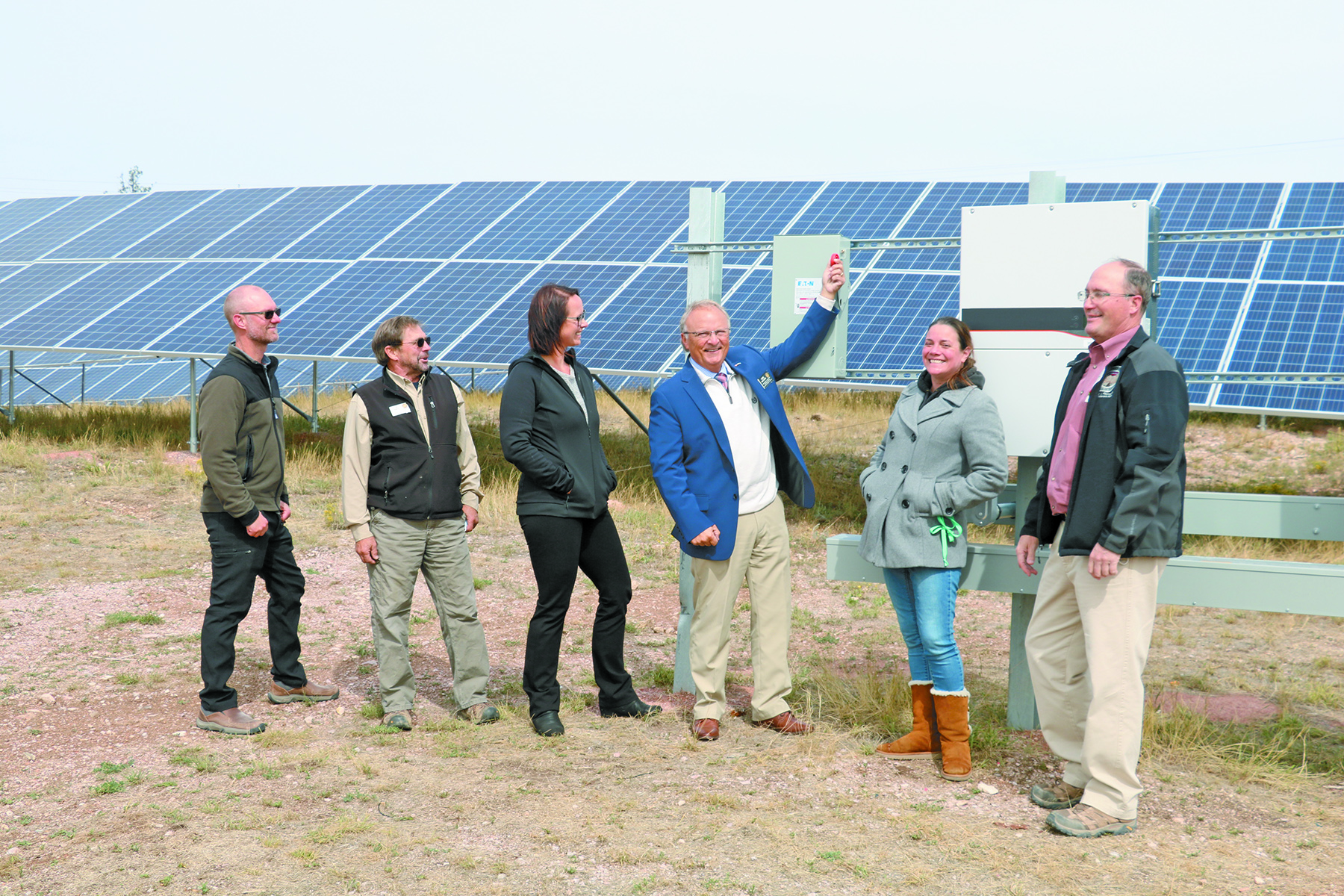 HOT SPRINGS – The South Dakota State Veterans Home in Hot Springs held a ceremonial ‘flipping of the switch’ last Wednesday, Sept. 9, which expanded their clean energy footprint by activating a 372.2 KW solar panel system, which has been in construction throughout this past summer.

The new system, which was installed by GenPro Energy based out of Piedmont, is expected to generate enough energy to provide about half the electrical load for the State Home campus.

Sec. Whitlock stated that the new solar system at the State Home combined with the current wood-chip-burning Bio-Mass System helps to make Hot Springs facility the greenest veterans home in the entire nation. He added that the two systems also save tax payers money.

As reported in a previous article about the new solar system, the project cost around $548,000 and is anticipated to have an approximate 13-year payback in energy cost savings, while being operational for 30 to 40 years.

Watters said the State Home solar project is one of several other “green energy” projects being undertaken by the state to help meet some national and state administrative goals. Other solar projects in South Dakota include some involving the National Guard as well as some at various state educational institutions like SDSU and BHSU.

State Home Physical Plant Manager said he gave ‘two thumbs up’ to the management of the state for their forward-thinking to bring these two green energy projects to Hot Springs’ State Home.

Situated just a few hundred yards out the back door of the home itself, there are a total of five rows of solar panels featuring a total of 1,080 solar modules that are each 39-inches wide x 77-inches tall, all of which are tilted at a 30-degree angle. Each row varies with the amount of panels due to the terrain.

Despite the topography creating some challenges for installation, spokespeople for GenPro said the land is ideally situated and facing south, which will provide plenty of year-round solar energy.