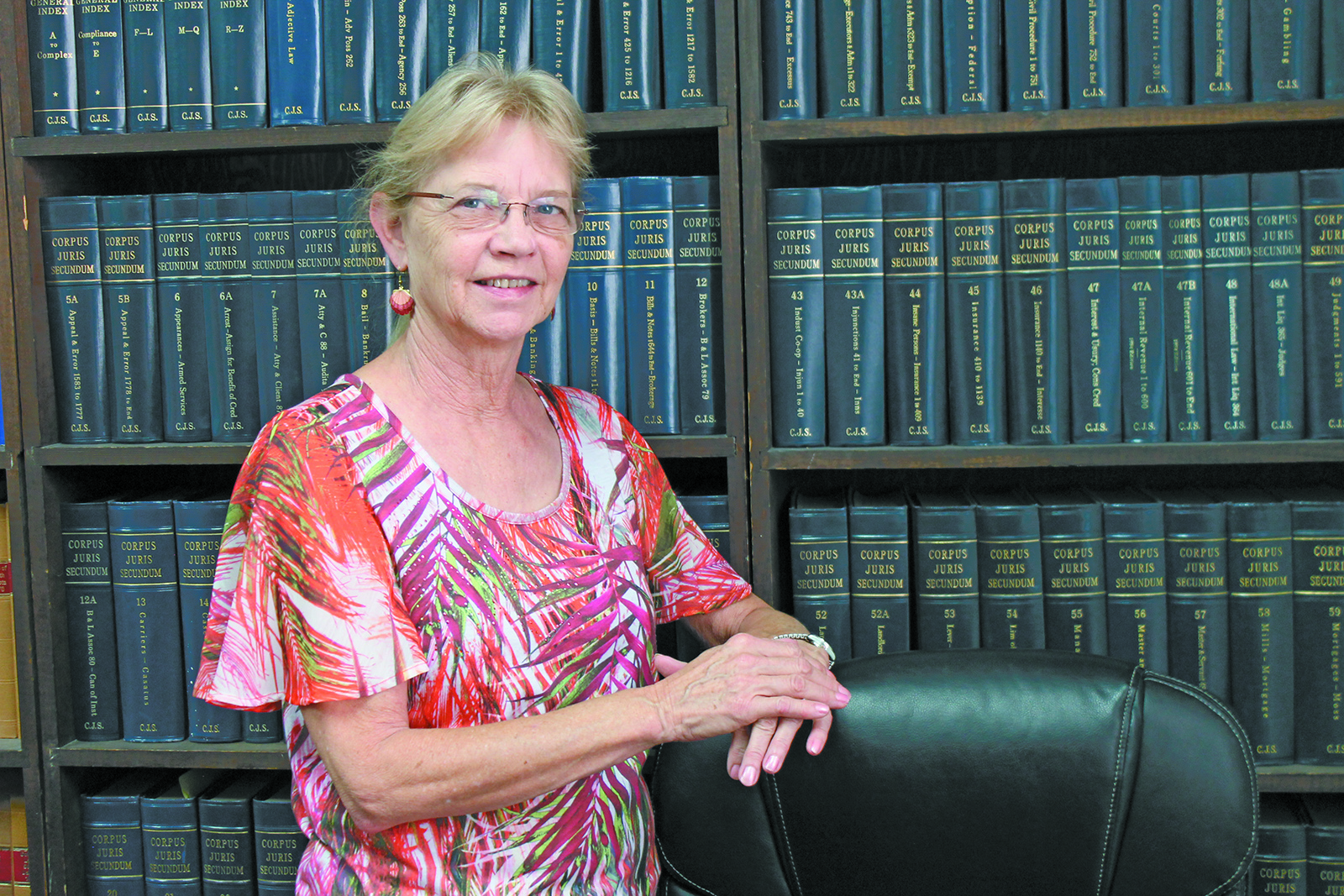 Carol Foster stands in the law library in the Fall River County Courthouse. She retired as clerk magistrate on Sept. 8.

Tammy Grapentine steps into the position

HOT SPRINGS – After twenty-four and half years of working for Fall River County, Clerk Magistrate Carol Foster retired on September 8.

She decided to retire early. “I wanted to free up some time to do the things I want to do, when I can still do them,” she said.

Upon her retirement, she received several notes and letters from judges/justices with whom she had worked.

“This one was amazing, really had me in tears,” she said, in reference to the following comment made by a judge.

“Thank you for 25 years of service to the UJS (Unified Judicial System)! You have been an outstanding employee in every way and went beyond the call to serve in many leadership roles. You are the best. I absolutely loved working with you and looked forward to coming to town. I knew that everything would be done correctly because you saw to it! You are a remarkable woman – highly skilled, compassionate and caring in every way. You deserve the absolute best life has to offer in your years ahead.”

As Clerk Magistrate, Carol was responsible for keeping the official records, such as court cases, marriages, and divorces. Her favorite part of the job was keeping the records organized. “I liked keeping the machine rolling,” she said. Her office was audited yearly. “We had the best records in the state for auditing,” she said. “Our records were accurate.”

The clerk’s position includes a variety of duties. “I have done thousands of weddings,” she said. She also kept adoption records. “Adoptions are heartwarming,” she said. She also performed the oath of office for anyone stepping into an official position. She was present in the courtroom for every court session and set the bonds. She also had to be certified as a magistrate every year.

She went beyond her duties to make the courtroom environment more pleasant by using her decorating and organizational skills to organize and improve the look of the courtroom and law library.

Her least favorite part of her job, she said, was dealing with troubled people, although she said people told her that she treated everyone as equals no matter what the situation was.

Her plans for retirement are varied and include several of the activities in which she was already involved. One of her favorite activities is the Sandstone Singers, which is the women’s singing group she started and has directed since 2003. The Sandstone Singers perform for area nursing homes and social and civic events upon request.

Gardening is another hobby she wants to spend more time doing. She and her husband, Frank, do extensive gardening at their home. Working on their house is also on her to-do list. The house, which is well over 100 years old, was built about the same year as the Fall River County Courthouse, which was 1891. She said the reason she thinks that both were built about the same time is because some of the antique window frames at the courthouse are like the ones at her house.