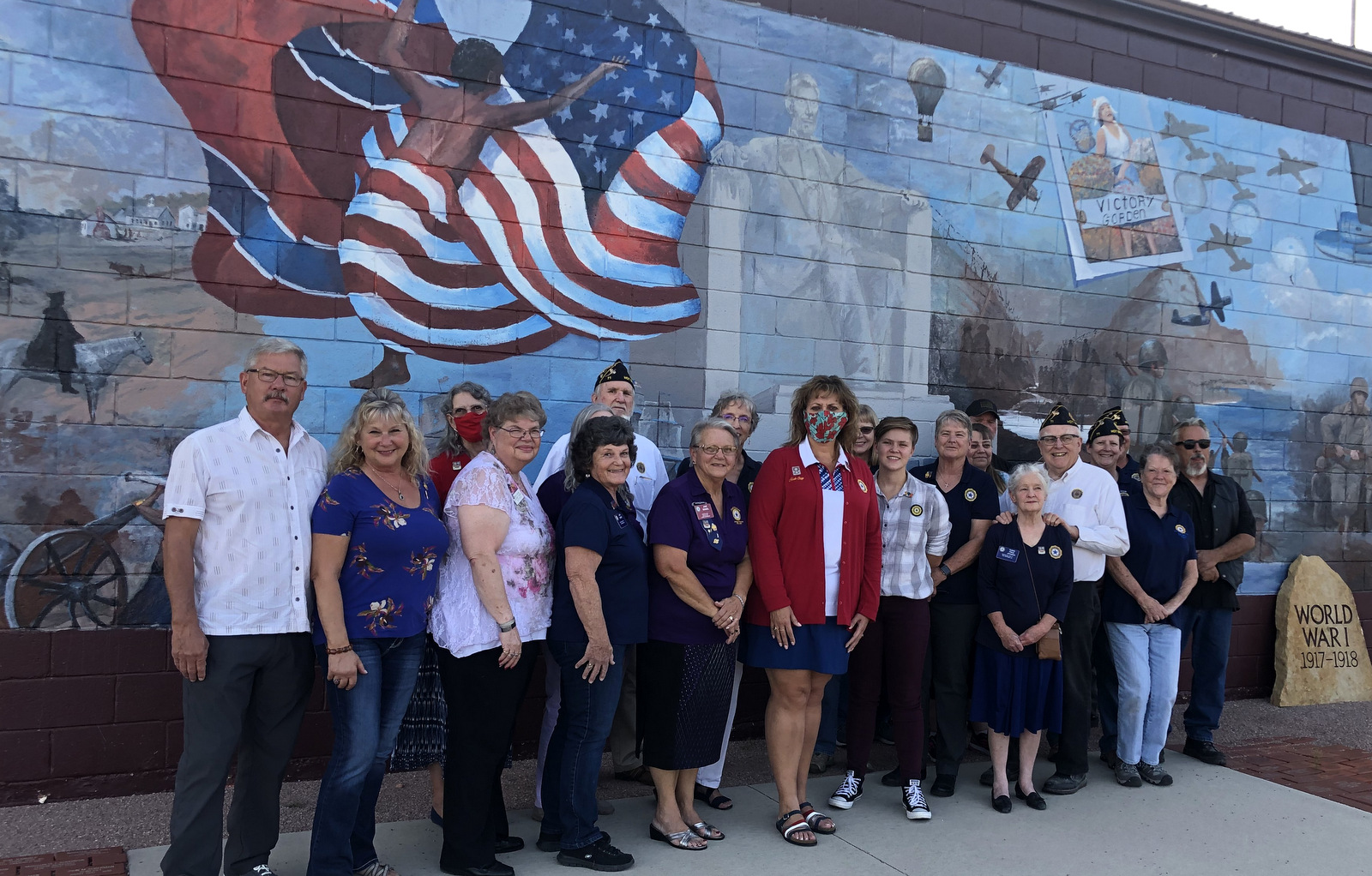 “We are honored to have her here,” said Carol Harvey, District Two President and Hot Springs Unit 71 President, “it is such an honor for her to come to our post and have a dinner with us.”

According to Harvey, invitations are extended yearly to each National President with many of them accepting the invitation in the past; their visits funded through the National Auxiliary.

“We have so much to offer in the Black Hills,” said Harvey, “often National Presidents are not from the area and fully enjoy what we have to offer.”

Clapp, from Gladbrook, Iowa – a small town of 900 – began her journey with the ALA at the young age of four; four decades later her commitment to veterans has never wavered.

“Growing up in a small town, the sense of community is very strong,” explained Clapp, “everyone is in youth groups, choir, etc. we were always involved and always practicing giving.”

Though Clapp’s position as President requires travel 300 days out of the year as a good will ambassador both nationally and internationally, she, as with all past presidents, chose her own focus to promote and to garner support for.

A cornerstone of ALA is “focusing on the health and well being of veterans and their families,” said Clapp. With that in mind she chose to focus on “adaptive lifestyles sporting”.

According to the ALA Foundation, bone and muscle injuries make up half of all combat wounds sustained in Operation Iraqi Freedom and Operation Enduring Freedom and in the past two decades the number of veterans using prosthetics, sensory aides and other equipment has increased more than 70 percent.

With this information Clapp decided it was time to focus on getting these veterans back to doing what they love the most; being active in sports.

“I want to give our heroes, once again, independence and the ability to compete.”

Clapp immersed herself in the process.

“I learned how to walk with a prosthetic, how to ski with adaptive equipment and golf with an adaptive golf cart.”

“You have to love what you do, I have a passion, I have a drive,” said Clapp, “I love seeing the smile on their faces; just knowing someone is there for them in the good times and the bad.”

“We live amidst a time of alarm, hearing a new disaster with each newspaper headline, yet still today I have hope, in the face of adversity ALA’s resolve does not waiver,” ensured Clapp, “We are dedicated and here to serve.”