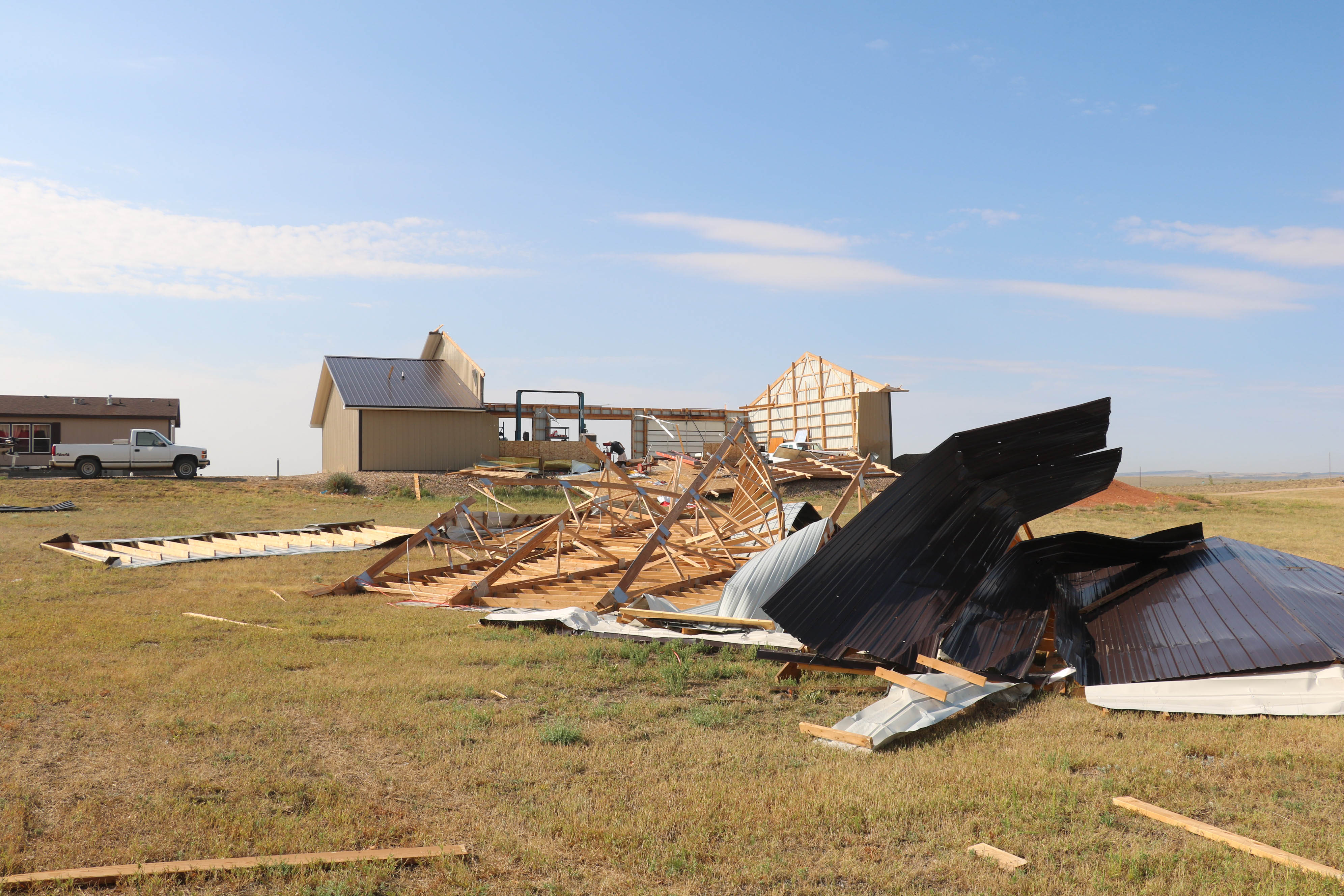 Debris from a large shed owned by Jerry Wilkinson lays in the foreground, with the now-roofless shed visible in the background.

HOT SPRINGS – A storm producing wind gusts estimated at 60 to 70 mph caused damage to a housing development near Angostura Reservoir Thursday night, Aug. 27, including ripping off the roof of a large shed owned by Jerry Wilkinson.

The thunderstorm hit the Hot Springs area around 6:30 p.m. and also brought with it some much-needed rain, but recording less than a half-inch in most places, according to the National Weather Service.

Wilkinson, who is from Chadron but has lived near Angostura for the past 10 years, said he was at a neighbor’s house playing cards when the storm hit and wasn’t aware of the damage to his home until later. After the winds subsided, he said his neighbor looked outside towards his house and reported the bad news to him.

His shed – which is located just to the east of Pirate’s at 13416 Smithwick Road, has three large overhead doors – faces south which is from where the high winds were blowing. Inside the shed were several vehicles, including three classic Chevy’s, a boat and a pickup – none of which appeared to sustain any significant damage.

The debris from the roof however was thrown a few hundred yards to the north, including several pieces into another neighbor’s driveway.

Wilkinson said the following morning, that he is just thankful no one was hurt.