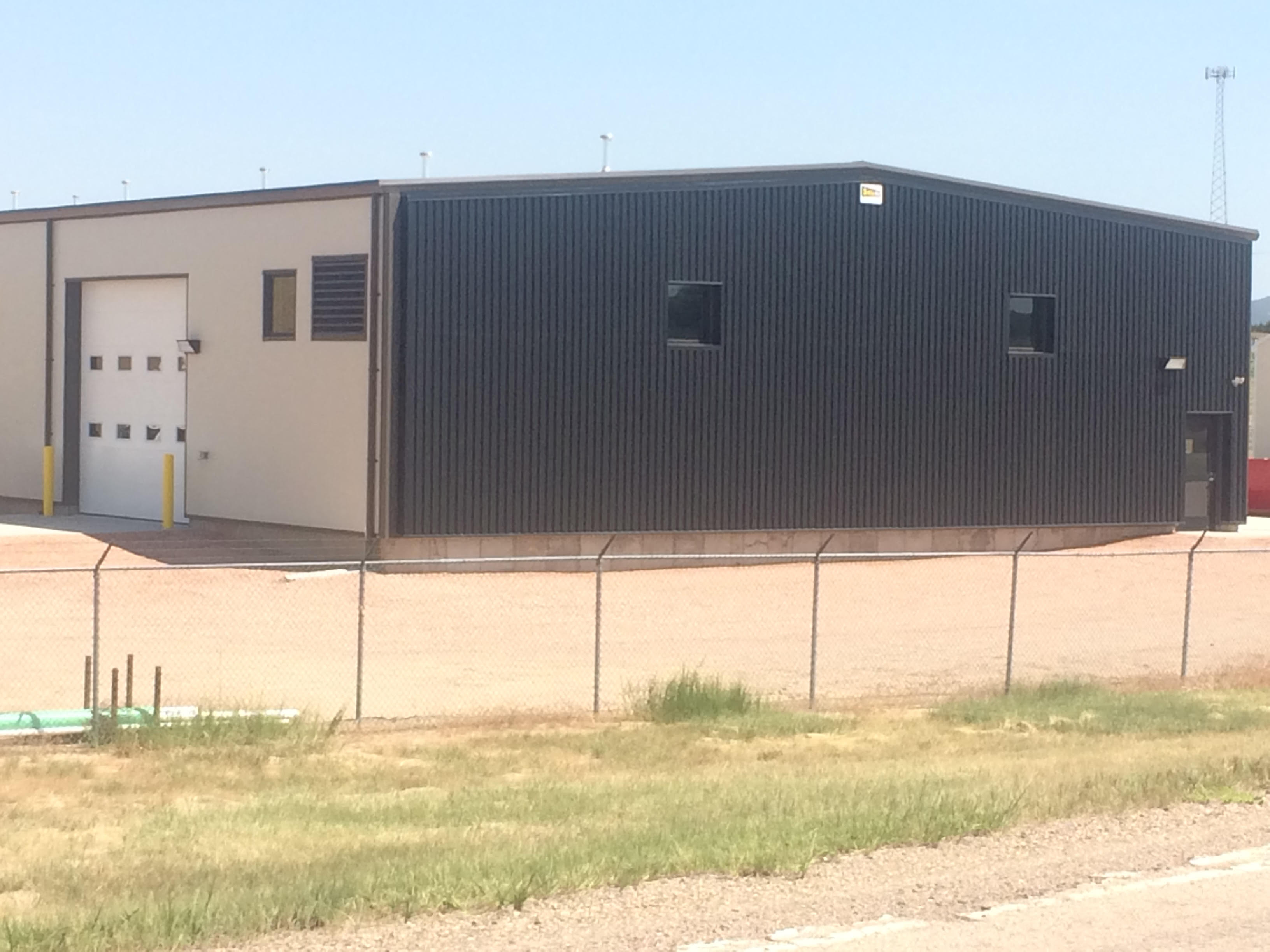 EDGEMONT – Steve Mezger, State Engineer, is excited about the completion of a recent project that will improve the heating efficiency and thus reduce heating costs for the Edgemont maintenance building.

“The whole south wall is black” said Mezger. “It’s called a solar wall. It is perforated steel sheeting that allows air to come in and the sun heats up space and the heated air is blown into the building. In the summer we don’t turn on the fan, and we close a vent to prevent warm air from flowing into the buildings.”

The technology known as SolarWall is the product of a company based in Canada named Conserval. Its founder John Hollick invented this solar heating system and received recognition from the American Society of Mechanical Engineers in 2014 as one of the best inventions and inventors of the past two centuries. According to Mezger, the company works with clients to custom fit their product onto buildings where they are likely to reduce heating costs.

Mezger said this is the sixth SolarWall project in the entire state and the first by the South Dakota Department of Transportation.

One question that is always of interest to the public is whether their tax dollars are being spent on projects that are worth the expense. When asked for a dollar amount in terms of the savings that will be gained by adding the solar wall, Mezger responded, “That’ll be one that we can answer after several years of use.”

He estimates that the project should pay for itself in three or four years based on what has happened with similar solar wall projects.

Mezger is confident that the project is a wise investment going forward.

“On the state engineer’s behalf, we’re excited about implementing these sustainable projects,” he said. “This is a high efficiency design that minimizes the amount of energy required to heat the building.”