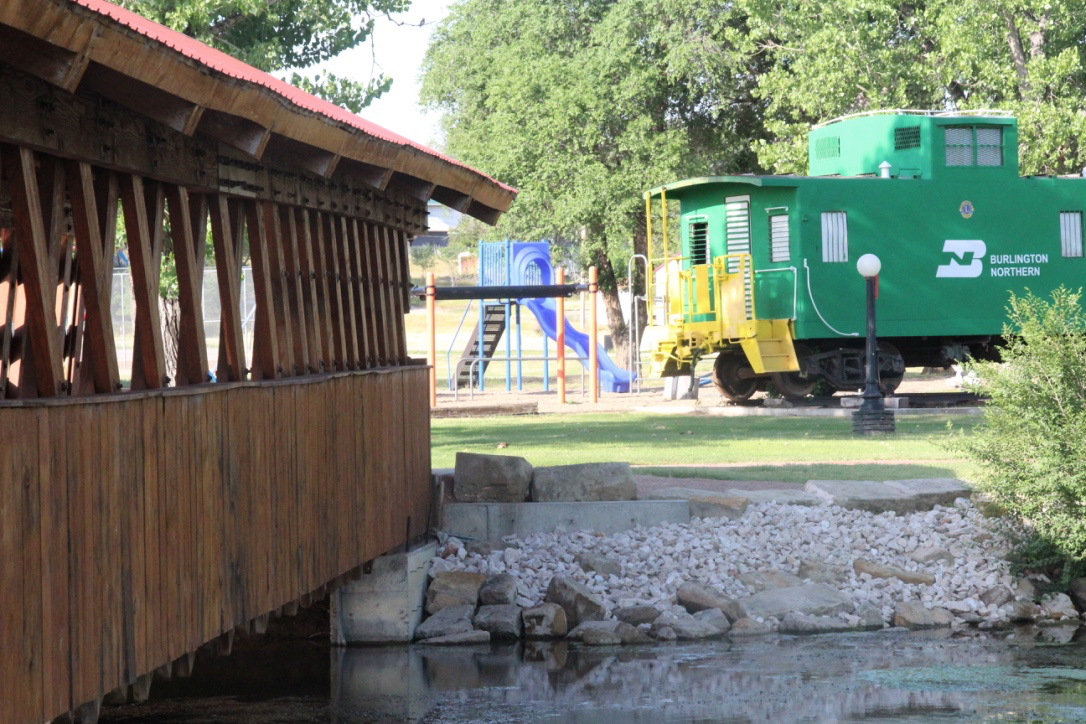 EDGEMONT – Joe Koller, Utility Foreman with the City of Edgemont, shared some recent upgrades that city workers have been able to make to give the city park a fresher look.

“Trent McCartney and Dane Hirschfeld went through and stained all the benches and picnic shelter. Everything is the same color as the bridge in terms of woodwork,” Koller said. “Kyle Kaiser dredged the lake and placed decorative rock at the ends of the bridge and around the edge of the lake.”

Koller added that all the playground equipment had been repainted and noted that work on the park actually began last year with the painting of the caboose. He said that all the improvements in total would have been the equivalent of two weeks of full-time work.

Edgemont City Park serves as the southern terminus and trailhead for the Mickelson Trail and is enjoyed by residents and visitors alike.