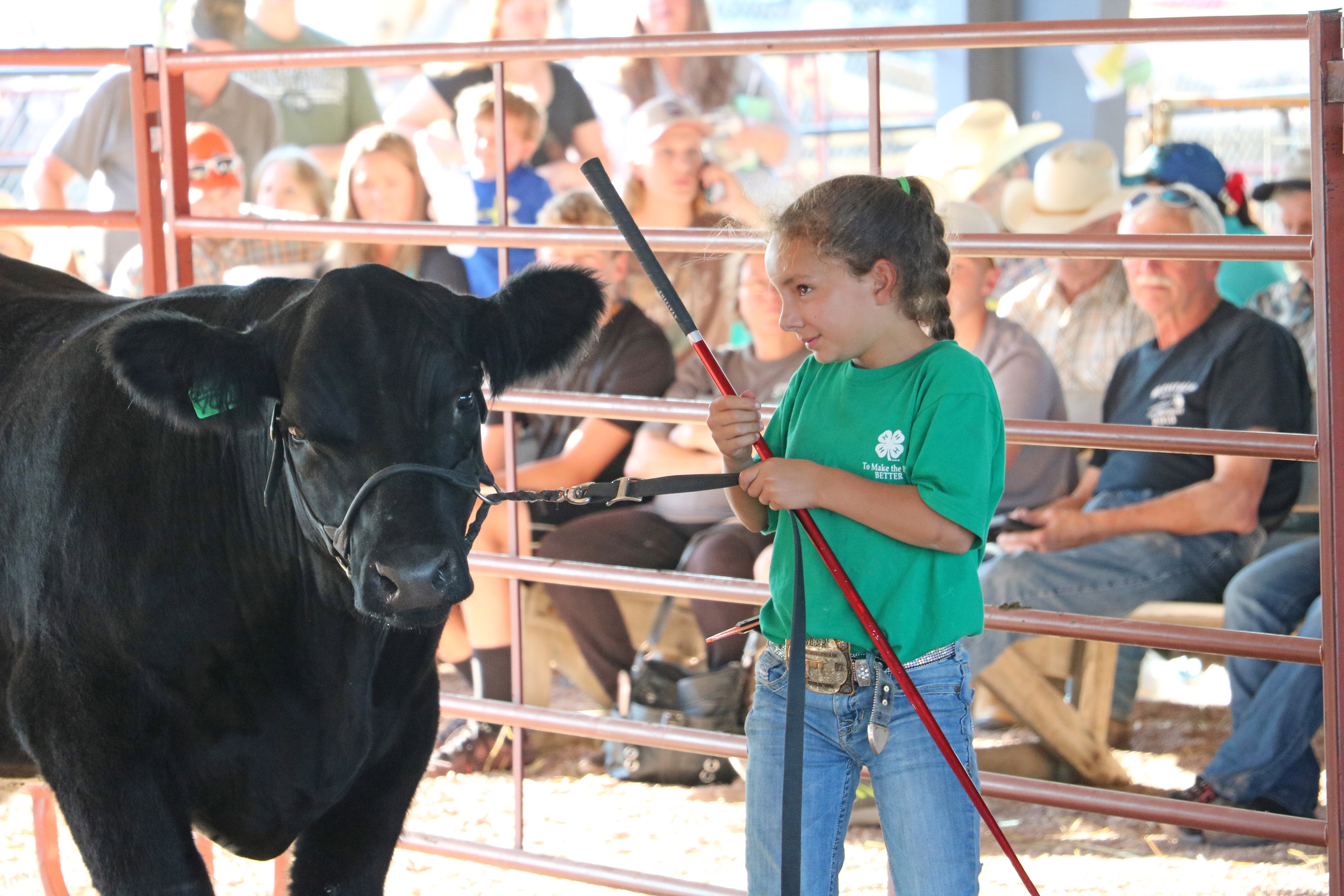 HOT SPRINGS – The Fall River County Commissioners are planning to challenge the ruling from the South Dakota State University Extension Service that is restricting the county’s 4-H Achievement Days from happening because of its COVID-19 regulations. While the Extension Service has ruled that counties cannot hold their Achievement Days in the usual format this year, the Extension is permitting 4-H members to enter their projects in the State Fair in Huron in early September.

Commissioner Joe Falkenburg said he had received calls from parents concerned about the restrictions that could keep the 4-H members from showing and selling their 4-H project livestock. Erin McGlumphy, who is the county’s 4-H and Youth Adviser, appeared before the county commission during their June 4 meeting and explained the struggle she is having in getting permission from the Extension to hold Achievement Days. She said they are allowing one parent and one participant in with their livestock at a time and no one else. “I have to work within the SDSU guidelines,” she said. “We don’t have any say.”

Commissioner Deb Russell asked about selling the livestock online. McGlumphy is checking into that possibility. “I’m going to do something,” she said.

Commissioner Paul Nabholz made a motion give authority to Commissioners Falkenburg and Greenough to either send a letter or in some way contact Gov. Noem to ask for her support to contact SDSU about allowing the county Achievement Days to proceed. The motion was unanimously supported by the commissioners.

McGlumphy also explained that SDSU regulations will allow her to work at her office starting July 1, with a limited number of people allowed in the office. She said all programming is to be held outside with 15 or fewer people, and all must wear masks and follow the handwashing and social distancing protocol. In August, 50 people will be allowed to meet while also following the protocol.

In other business, the commissioners canvassed the ballots from the June 2 election. There were a few changes to the counts, that were corrected. The commissioners approved a motion to accept the official canvass.

Drought is another major concern for the commission. Commissioner Falkenburg asked Emergency Manager Frank Maynard if he would create an emergency drought relief resolution. Falkenburg has received a number of calls from area ranchers, who are concerned about the drought, especially in the southern and western areas of the county. Hay yield will be greatly reduced, Maynard said. “There is a potential for large fire growth and everyone needs to be aware of it,” he said. The commission approved the motion for Maynard to write a drought resolution.

The bridges in the county were recently inspected by Brosz Engineering Inc. Lead bridge inspector Don Hammond presented a report on the condition of the bridges. “You’re sitting in pretty good shape,” he told the commissioners. He said the highest need is the Argentine Road bridge. “You’ve done a good job of keeping up the bridges,” he said. The written report he gave commissioners said “overall the structures in Fall River County are in good condition and none require immediate action.” He explained that information and pictures of the bridges can be found on Brosz’s GIS website.

Highway Superintendent Randy Seiler said bid letting for the Chilson bridge has gone out. Opening of the bids will happen at the state level in August.

Seiler said he talked to the state about cost sharing with the county on putting Base One on Sheps Canyon Road. The state offered to pay $13,500 each year for five years and pay $15,000 for mag water this year. Seemingly not impressed with that offer, Commissioner Falkenburg asked for a traffic count on Sheps Canyon Road to be sent to the state, so they realize how much traffic is on the road that accesses Lake Angostura.

Sheriff Bob Evans announced that the lower road to Cold Brook is open, but the campground is not open.

Clint Phillips, Acting Director of the U.S. Forest Service, announced that Julie Wheeler will fill the ranger position left by Mike McNeill when he retired earlier this year.

The commission approved continuing business in the courthouse according to the current procedure of having the public enter through the basement door where greeters take their temperatures. Commissioner Nabholz voted ‘nay.’ A motion he made earlier to open the courthouse with no restrictions, failed.

Head librarian Dawn Johnson announced that the Hot Springs Library will open to the public starting June 15 with revised hours. The hours noon to 4 p.m. will be by appointment only and curbside service will be available.

Jessica Hamar of Oelrichs said The Office is not open, but she will continue to provide senior meals.

The commissioners approved the following items:

• A plat of Mykelsi Tract presented by Andersen Engineering

• Hiring Casey Raskiewicz and Clayton Steinmetz at $15.05 an hour in the Highway Department

• A grant of $4,500 received by Weed & Pest office to be used for prairie dog reimbursement