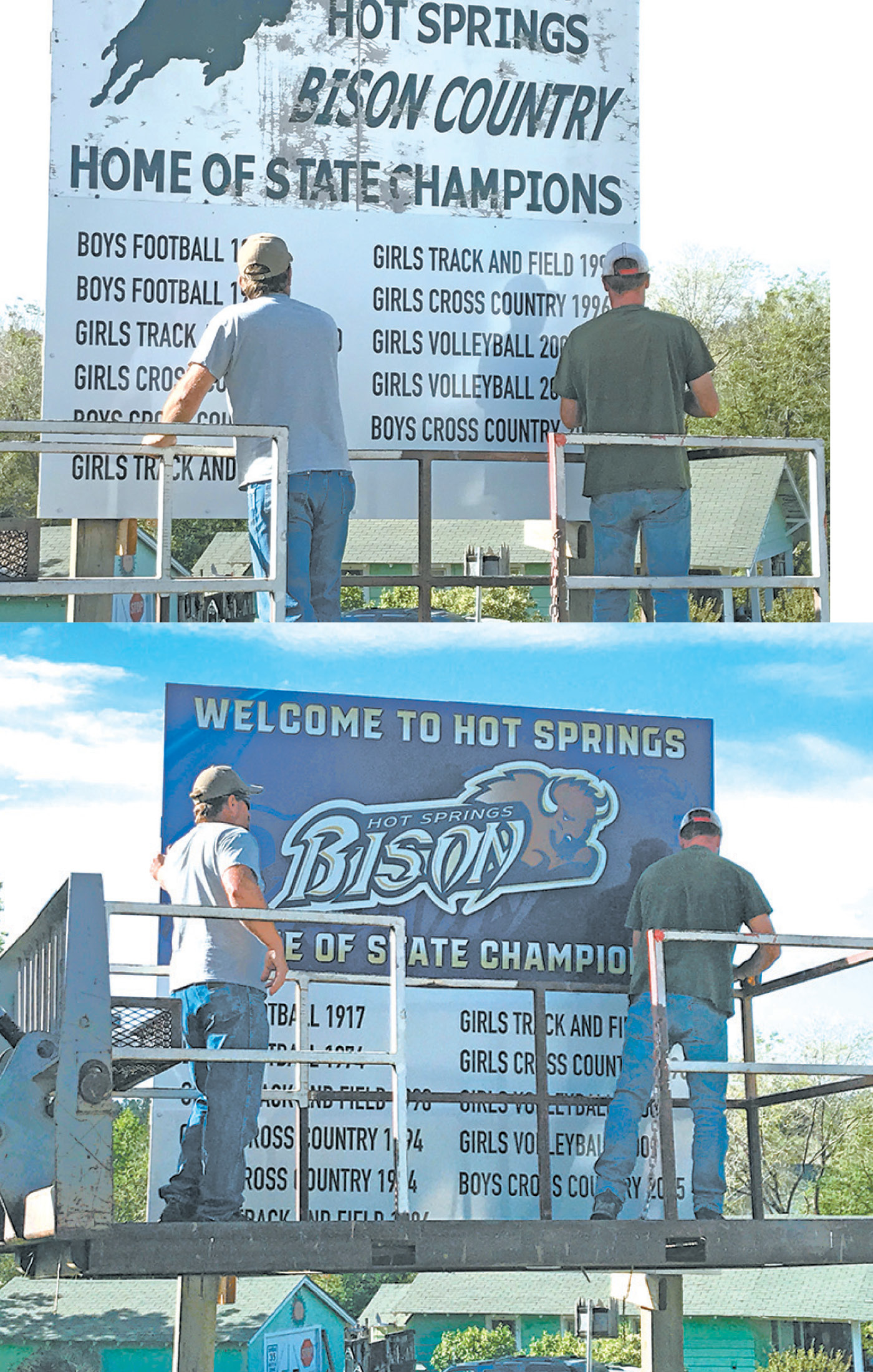 Brian and Stacey Weaver of B&S Construction work to take down one of the old signs (above) and then install one of the new signs (below).

HOT SPRINGS – An effort that began last October came to fruition earlier this month, when new State Championship signs were installed at the three entrances into the city limits of Hot Springs.

The project was coordinated by Gerald Collogan, a HSHS graduate from the Class of 1970, who enlisted the assistance of Quinten Hofer (Class of 1978) and Carlos Cornay (Class of 1977) to help raise funds to replace all three of the signs, which have become severely aged and weathered over the years.

Collogan said he believed the signs were originally installed sometime around the late 1990s or early 2000s by the Bison athletic boosters at the time, which included himself along with Herb Doering, Leon Melstad and several others. He recalled the work it took to make their dream a reality, which not only included raising the funds to build the signs, but also negotiating with landowners of the property to allow their installation.

The cost to replace the signs totaled $2,825. Ross Johnson, a 1987 HSHS alumni who owns a Rapid City-based design company, created the signs. He has already done quite a bit of other design work for the school and booster club.

An additional $402 – above and beyond what was needed for the signs – was raised from donors which is now going to be given to the Hot Springs High School Alumni Association to likely be used to help cover expenses associated with the All-Class Reunion, which was to take place this summer but has since been postponed to 2021 due to COVID-19.

Collogan said there were a total of 41 donors to the project, which contributions ranging from around $20 to $500 each.

The signs, which are 8 feet x 8 feet, were installed on Monday, June 1, by Stacey and Brian Weaver of Hot Springs, who own B&S Construction and volunteered their time and equipment to do the task. Don Olstad also assisted with their installation.