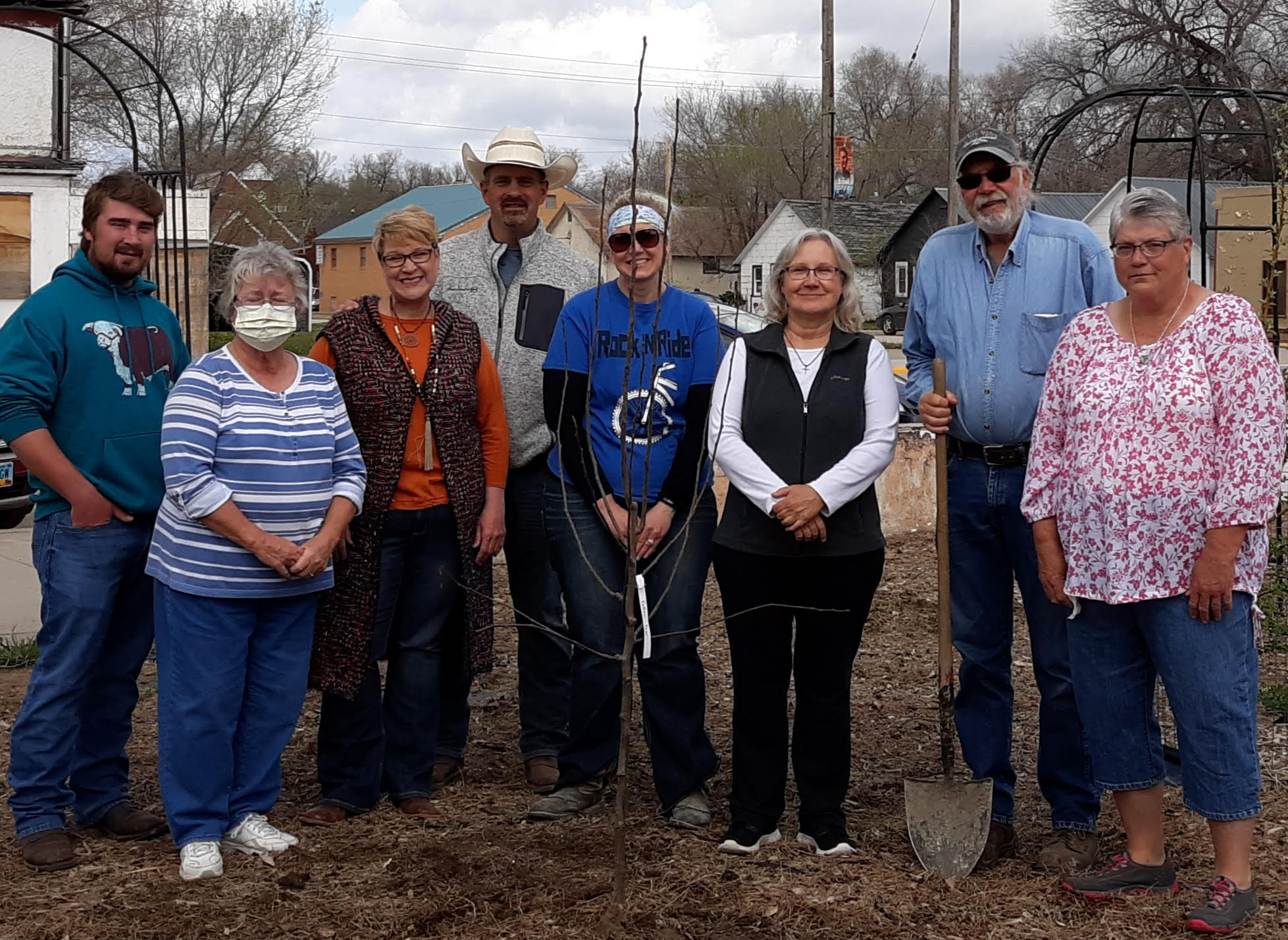 EDGEMONT – It’s no secret that former Edgemont Mayor Jerry Dibble was constantly looking for opportunities to promote his hometown.

So when Dibble, who passed away suddenly this past April, was approached last year by Katie Brunson, one of the leaders of the Cheyenne Rangers and Secretary of the 4-H Leaders Association, to select a location for an orchard, he eagerly assisted.

The project ultimately connected Edgemont 4-H with other members of the community, including Trotter Trucking, who provided water to the planted trees. The orchard would add an aesthetic quality and would speak to the productive character of the townspeople.

The idea to plant a tree in Dibble’s honor had its beginnings within the congregation at Bethel Assembly where both Katie Brunson and Jill Kreutzer are members. Kreutzer approached Brunson with the idea and shortly thereafter, it became a reality.

“He was supportive of anything to improve the town and the idea of siting it there had sentimental value because of the fact that his parents had run the grocery store formerly located on the property,” says Trudy Dibble, the wife of the late mayor. “He had a lot of fond memories from the days when his parents owned the store.”

Among those missing Jerry Dibble the most are his grandchildren who Trudy Dibble says looked forward to each harvest season in the garden with their grandfather.

“Fall time was their favorite because they dug carrots and potatoes. It was the whole process but they especially wanted to help with harvest because it was always a surprise as to what the plants would make,” she said.

Dibble sees the orchard as a place where their grandchildren can return to and recall pleasant memories of time spent with their grandfather who loved to share his passion for growing things with them. She also shared that the family was very appreciative of those who were part of the efforts to conduct the planting to honor her husband.