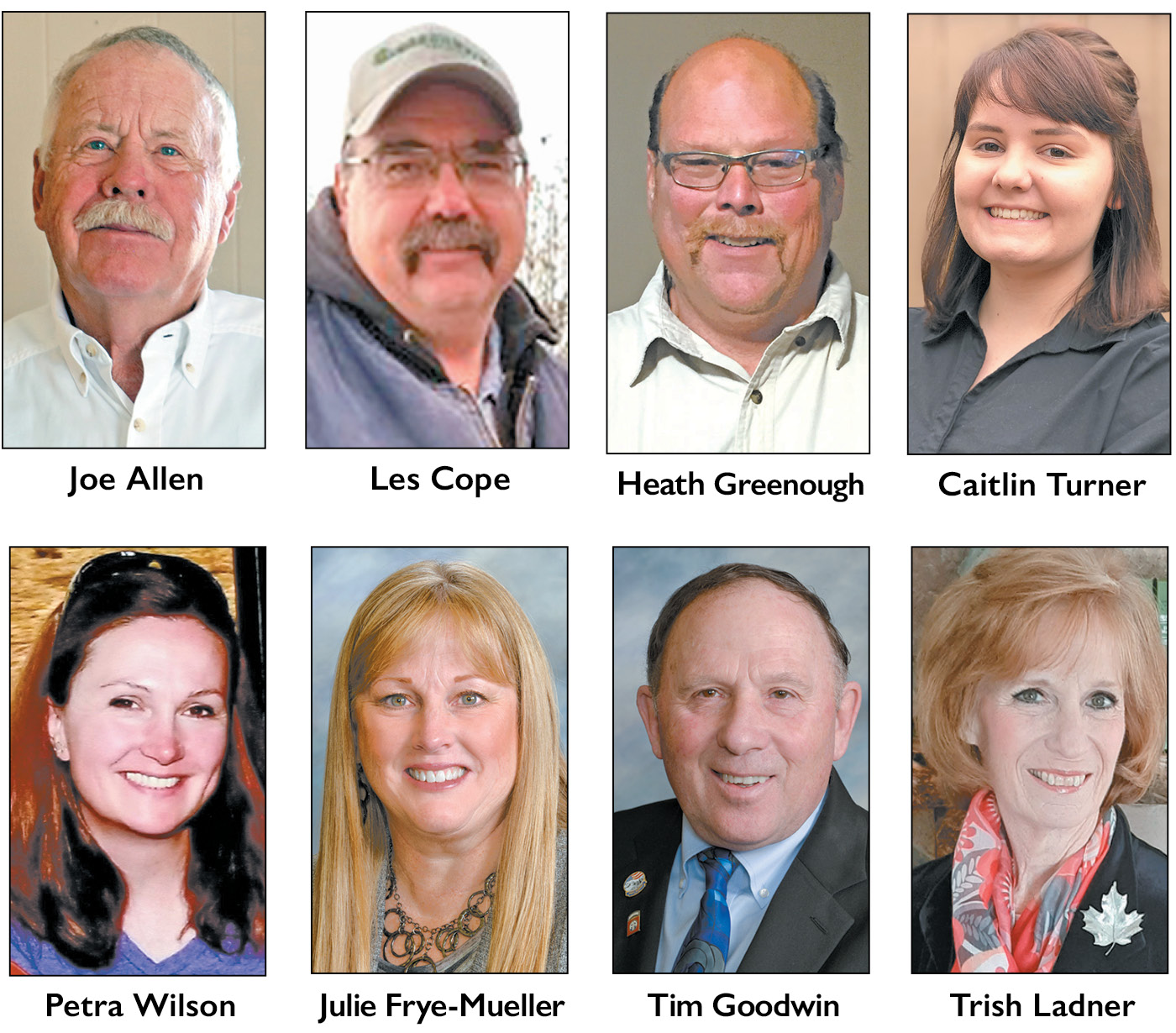 Voters eager to learn the outcome of the Fall River County election were forced to wait until late into the night as delays in calculating the results pushed the announcement back until about midnight. County Auditor Sue Ganje said several factors played a role in the delay, but most notably the fact that they did not begin counting the absentee ballots until after the polls closed at 7 p.m.

While absentee ballots cannot be processed until the polls are closed, she acknowledged that they should have begun prepping them for processing a few hours earlier. Of the 1,302 absentee ballots received, more than 900 of them were received by mail and many of those had to be unfolded and manipulated to get to work in the tabulator. Other complications with the new tabulator machines also delayed the process.

Ganje said many lessons were learned during the process which will be implemented in the November General Election to help speed up the process. She added that a total of 387 ballots (of the 1,302 total absentee ballots) were cast this year through the outdoor tent that was set-up this year while the courthouse was closed off to the public due to the COVID-19 health precautions.

In the local eight-person Republican race for Fall River County Commissioner – in which the top-three will move on to the General Election Ballot in November – incumbent Joe Allen led all vote-getters with a total of 625, which was 16 percent. Oelrichs rancher Les Cope earned the next most votes with 616 (16%), while incumbent Heath Greenough, also of Oelrichs, garnered the next most votes with 524 (14%). No Democrats or third-party candidates filed petitions for any of the seats, so unless a recount reflects different numbers, Cope and incumbent commissioners Allen and Greenough will take their seats in 2021, moving incumbent commissioner Paul Nabohlz off of the board.

Allen, age 72 and a lifetime resident of Fall River County, has been elected to multiple terms on the county commission. He is U.S. Army Vietnam Veteran and served 33 years working for the federal government involved in law enforcement, fire and resource management. He is also works in agricultural and is a local business owner.

Greenough, age 48, was appointed the Fall River County Commission last fall following the resignation of Ann Abbott who moved out of the county. He too has lived in Fall River County nearly his whole life while ranching with his family after earning an electrical construction and maintenance degree from Mitchell Vo-Tech.

In the Hot Springs School Board race, incumbent Petra Wilson defeated challenger Malisa Niles 868 votes (65%) to 469 votes (35%). Wilson, age 44, was originally appointed to the School Board prior to being elected. She and her family moved to Hot Springs five years ago from Yankton. She is currently the Vice President of the K-12 PTA.

In the Hot Springs Ward 4 City Council race, incumbent Caitlin Turner defeated challenger Debra Johnston 109 votes (65%) to 59 votes (35%). Turner, age 24, was originally appointed to the City Council prior to being elected. She works in the Fall River County Assessors office and is also the secretary of the Hot Springs High School Alumni, and serves on the Board of Directors for Evergreen Cemetery.

In the Republican District 30 Senate race, Julie Frye-Mueller of Rapid City defeated George Kotti of Hot Springs by a district-wide vote of 2,477 (52%) to 2,297 (48%). A breakdown by county had Frye-Mueller winning both Custer (55%) and Pennington (51%) while Kotti won Fall River (52%). A further breakdown of Fall River County showed Kotti winning seven of the nine precincts, including getting more than 60% of the Hot Springs vote. Frye-Mueller however won Edgemont (54%) and Oelrichs (70%).

Frye-Mueller, age 57, has served the last four years as a District 30 Representative. In her professional career, she is a part of the longstanding family-owned business Rodger Frye’s Paint and Supply in Rapid City. She will be joined by Libertarian candidate A. Gideon Oaks in the Nov. 3 election for the senate seat.

In the four-person Republican District 30 House of Representatives race for two seats, incumbent Tim Goodwin handily earned re-election with 3,448 votes (45%) but there may be a recount for the second seat as only 80 votes separated the other three candidates. However, as it looked on election night, newcomer Trish Ladner will receive the nod with 1,438 votes (19%). The other candidates included Florence Thompson of Caputa with 1,375 votes (18%) and Kwin Neff of Hill City with 1,358 votes (18%).

Goodwin won all three counties in the District with at least 45% of the vote in each, while a different candidate took the runner-up spot in each county with Thompson finishing second in Custer (18%), Ladner second in Fall River (22%) and Neff second in Pennington (22%).

Goodwin, age 65, has served the last four years as a District 30 Representative. He is a businessman and a retired Active-Duty Lieutenant Colonel in the U.S. Army.

Ladner, age 66, is a newcomer to local politics after moving to South Dakota and Fall River County four years ago. She comes from a corporate background and is currently a small-business owner with her husband Bobby.

Following are the full results of all the races from last week election: