Members of the Hot Springs Police and Fall River County Sheriff’s Departments stand on the sidewalk in front of the police station this past Tuesday morning to greet a group of residents who marched to show support for what law enforcement does for their community. The event’s organizer, Greg Gunwall, is pictured in the lower right of the photo. 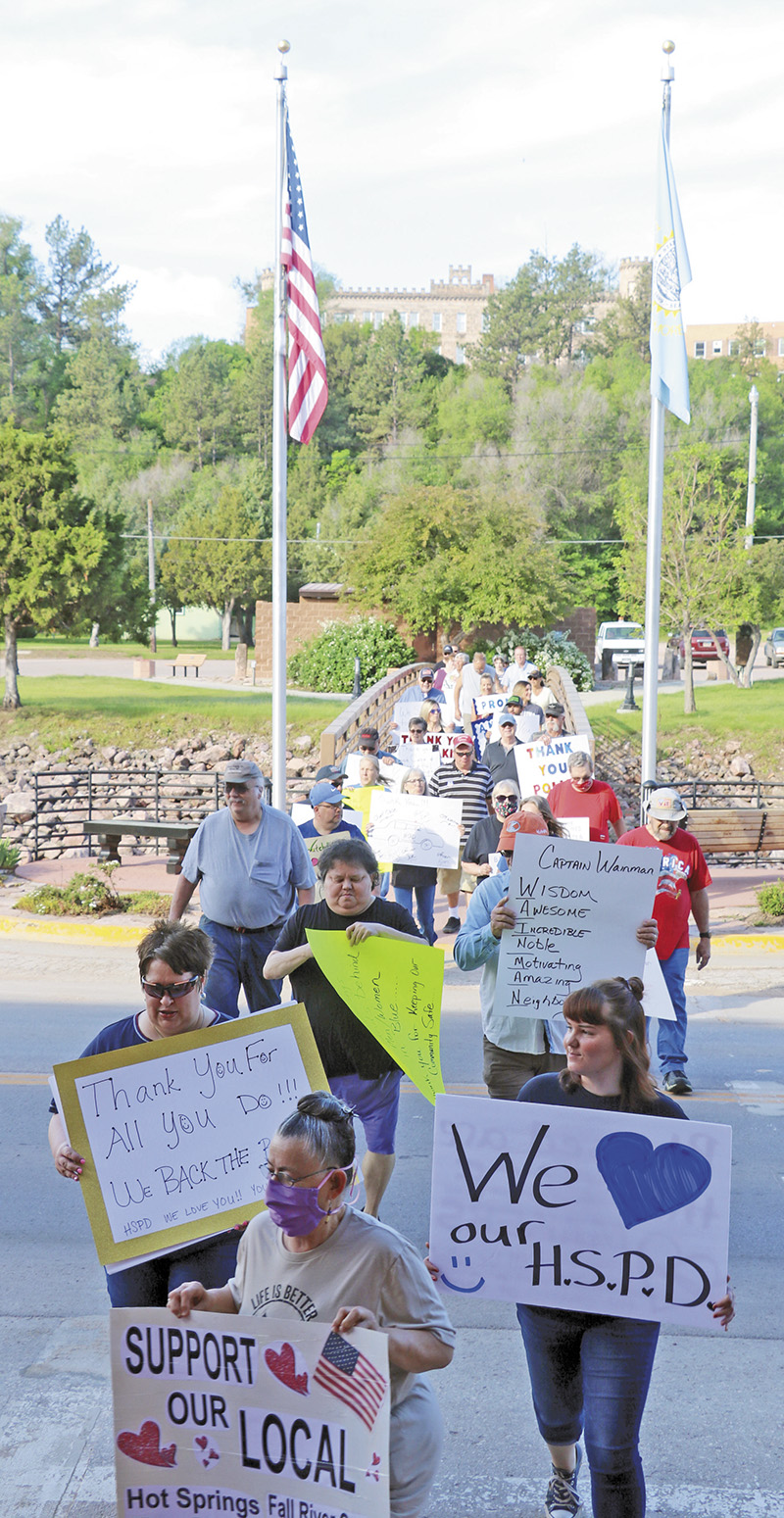 HOT SPRINGS – This past Tuesday morning, June 2, in downtown Hot Springs, a group of more than 60 area residents gathered in Centennial Park and walked across the bridge to the offices of the Hot Springs Police Department in

an effort to peacefully demonstrate their support of local law enforcement.

The effort was coordinated by local business owner Greg Gunwall and in response to the many protests being held around the country following last week’s death of George Floyd while being constrained by a Minneapolis police officer. The officer, Derek Chauvin, is now being charged for murder in the case.

“We decided to do this because police officers all over this country feel the hatred from some of the citizens,” Gunwall said, a day prior to when the demonstration was going to be held in Hot Springs. “We want our police officers to know that we love them and respect them. We have their back in a time of need.”

Gunwall said that the city’s police officers do much for the community, “besides serve and protect.”

“They help our kids with prom, the DARE program and events like the Stars, Stripes and Steps,” he said. “We just want them to know that when they put that uniform on, that Hot Springs stands behind them.